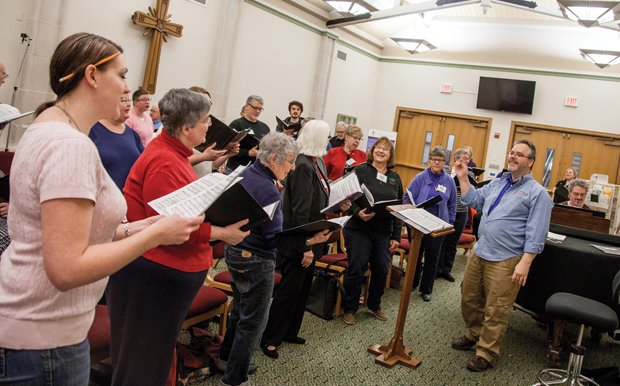 What started out as a one-time gig with Madame Butterfly has metamorphosed into a 40-year tenure for the Kalamazoo Singers.

The group celebrates its landmark anniversary with a performance at 4 p.m. May 7 at Western Michigan University’s Dalton Center Recital Hall.

In 1977 a group was needed to perform the choral parts of a production of Puccini’s famous opera Madame Butterfly by the Michigan Opera Company and Kalamazoo Symphony Orchestra. Mel Ivey, then-choral director at WMU, was asked to gather a group of 40 adult male and female singers for this purpose. By the end of the production, it became apparent to Ivey that a lot of people in town liked to sing.

“People had such a good time singing together that they wanted to do more,” says Tom Kasdorf, Kalamazoo Singers’ music director and conductor from 1979–2009. “The only other options for them to sing at the time were the Bach Festival, the Oratorio Society, barbershop and church.”

Thus, the Kalamazoo Singers group was formed. Now, with about as many members as years in existence, the group performs one of the summer Concerts in the Park each June and another four concerts annually.

“Our niche is that we have no niche,” says Kasdorf. “We strive to sing repertoire music in every conceivable genre, including ‘Video Games Live’ (in 2008) with the KSO, which features popular songs from video games, and Gospelfest.”

The Singers even performed a “concert movie” of Alice in Wonderland with the KSO. The movie was shown while the symphony played and the Singers sang. “People loved it,” Kasdorf says. “It’s a throwback to vaudeville and the silent films era. We have come full circle here.”

Rick Phelps, music director and conductor of the Singers since 2011, was happy to see children enjoying it. “For the many children who saw it, it was their first live orchestral experience,” he says. “It was thrilling to see the kids out there having fun with it.”

Kasdorf directed the group for 30 years. He served as music director at First Presbyterian Church for 47 years and taught music at Loy Norrix and Kalamazoo Central high schools and at WMU. Many of the group’s members are his former students.

The groups hold auditions for new members in the spring, and Phelps says the group is made up of some of the finest singers in the greater Kalamazoo area, allowing the music to gel into a highly professional sound.

“Relentless attention to detail is how this happens,” says Phelps. “The sound of the group changes over time as I try to create the sound I want. Each year adds another layer of complexity to the quality.”

For example, Phelps works on the singers’ clarity of delivery through better enunciation and articulation of the words. He also tries to get the singers to engage more with audiences by encouraging them to look up from their music.

“The choral art is the most participative art form in America,” he says. “Singing makes people feel good. It’s a communal activity. And even though some individual singers may have average voices, they can become extraordinary singers with a group. It’s also easier to create a great chorus filled with amateurs who love to sing because they feel they are part of something that’s larger than themselves.”

The May 7 concert is the pinnacle of this year’s season. It will feature pieces performed in the past as well as former conductors, accompanists and singers. Highlighting the concert will be an original composition titled High Flight by John Griffin, the group’s pianist, composer and arranger.

Griffin, an instructor of composition at WMU, was commissioned to compose the piece, which is based on a sonnet written by John Gillespie Magee, a 21-year-old pilot who was known as the first World War II poet and was killed in a training crash in 1941.

Phelps says the group is always looking for more talent. Anyone may join the group by auditioning with a piece from opera, operetta, musical theater or choral literature; scales/vocalizations (in order to determine vocal range); and sight reading. The commitment is two hours per week over a 30-week season running from autumn to spring.

Volunteers are also welcome to join the Singers for jobs like ushering at concerts, facilitating publicity, participating in planning and doing many other tasks. 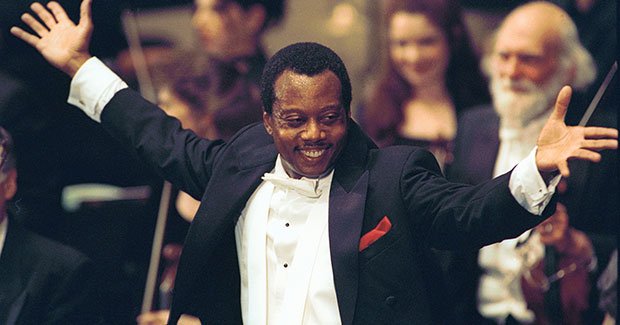 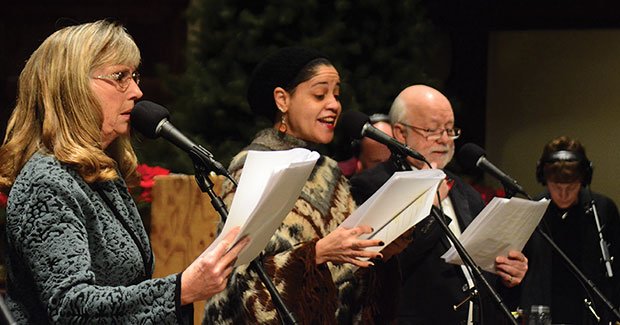