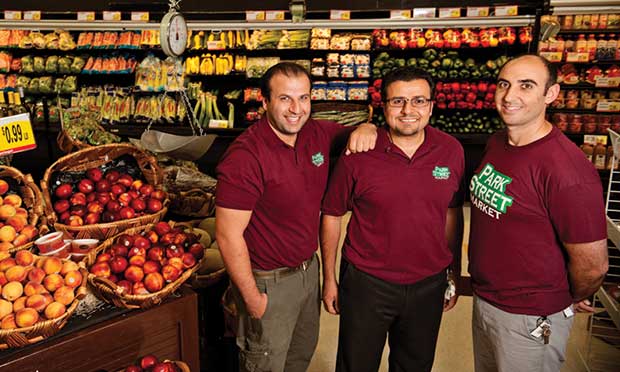 The Park Street Market’s opening in 2010 wasn’t your typical grocery store opening. The market replaced the Felpausch Food Center at 512 N. Park St., on Kalamazoo’s Northside, in a location that had been vacant for a year.

Felpausch’s arrival on the Northside in 2003 was a much-celebrated event; after all, the neighborhood had been without a grocery story for a number of years. However, Felpausch closed the store six years later. The city of Kalamazoo paid to keep the building maintained during the vacancy, but, because of the financial assistance the city had already provided as an incentive for Felpausch’s original occupancy, many Kalamazoo residents were wary of the cost to fill the space again. It seemed to many people that no grocery store would make it there. In short, store director Kiar Gamsho and his family had their work cut out for them.

“A lot of people said we were crazy to try an urban location, to move in where a store had failed,” says Gamsho, one of the store’s directors. “The real estate is tough, sure. We’re not surrounded by houses, like the D&W, but we get all walks of life in here and we offer a lot that everyday big-box stores don’t.”

Gamsho is convinced that the very thing that caused worry when the market moved in – that they were coming into a small, urban neighborhood without a successful grocery store – was what made him and his family so successful, because it gave them the chance to offer what had not been offered before: a grocery store designed to meet the specific needs of Kalamazoo.

“Big-box stores have a huge demographic,” he says. “They work with large-scale distributors so they can only offer the same selection of product at every location, regardless of local demographic. We work with Spartan, obviously, since we’re a Spartan store, but we also have local distributors that we’ve worked with since my father started those relationships in the late 1970s (when he began working in the grocery business). So we can offer different ethnic foods, for a diverse urban demographic, and offer them affordably.”

Gamsho says Park Street’s niche is its meat department, which boasts fresh, local, affordable meats. Keeping an eye on the “meat and potatoes” allows Gamsho to create a specialty market to drive in business from the entire Kalamazoo community, not just the Northside neighborhood.

Jim Spica, the head butcher for Park Street Market, says that although the meat department does stand out as the backbone of the store, it works with all the other departments to provide a market that’s welcoming, offers a variety of foods and has both good quality and good prices. Not to mention, says Spica, the Gamshos are a great family to work for.

“They treat the employees well. I’ve been in the grocery business 40 years, and I can’t say that I’ve seen a grocery store run as well as this one. This one is run like a family. I live in Grand Rapids and drive a long time each day to work here. That’s because I prefer working here to anywhere else.”

Employees like Spica are integral to the business, says Gamsho, who notes that the market hires many employees from the Northside neighborhood and has a very low turnover rate. Because the market treats employees like family, he says, he has friendly employees who inspire customers to return.

It’s no wonder the employees feel like family: They’re working beside Kiar and his family every day. Kiar, his brother Tom, father Sam, and brother-in-law Dean Sadek all work in and help manage the store.

And Kiar is also the brother-in-law of Sam Shina, who co-directs the store with the Gamshos and whose company, The Shina Group, operates as a buying group for the Park Street Market and 14 stores in metro Detroit. The Shina Group works with Spartan as a franchise, meaning the stores offer Spartan-brand foods and generic options but have the freedom to make individual location decisions.

Working with so many members of the family can be stressful and sometimes challenging, says Tom, but in the end very rewarding.

“We’re always here together. Always,” he explains. “So sometimes there’s stress – we all have our different approaches to business. You have to leave family out of it when you walk in, though, and treat it like a business. If it’s not here, we’re not here. Bottom line.”

Sadek agrees, and adds that the family dynamic helps to define the store and connect it to the community of Kalamazoo.

“We’ve become a part of the community because we treat everyone like family,” he says. “We want to keep growing in the community too. We want to stay here as long, well, as long as I’m alive, I guess. Kalamazoo is a great place to live.”

Kiar, Tom, and Sadek all note how welcome they’ve felt and how much the Northside neighborhood has grown to embrace the store. Overall, the community has made it possible for the market to succeed, they say. In January, the Shina Group signed a new long-term lease to continue running the store at its current location.

“There’s a lot of support here, and everyone has got your back,” Tom says. “It’s a good thing, and why we feel so connected. We know all our regulars by their first names. We go to their functions. It’s been a nice transition from Detroit.”

“A lot of people said we were crazy to try an urban location, to move in where a store had failed.” 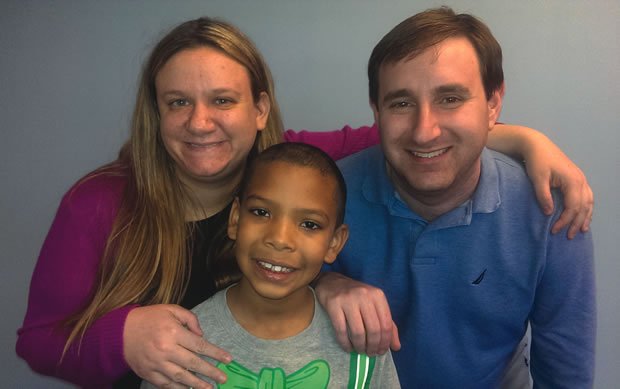 Spouses and kids join in with Big Brothers and Big Sisters 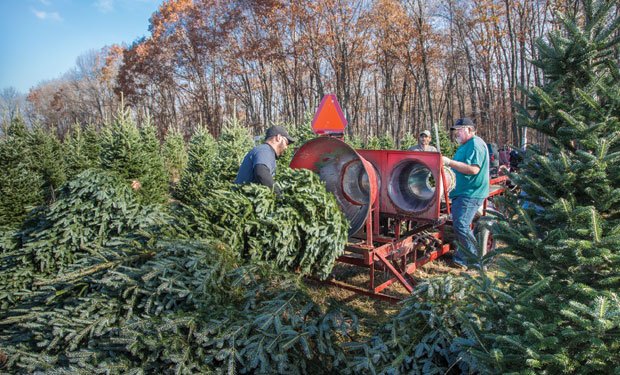 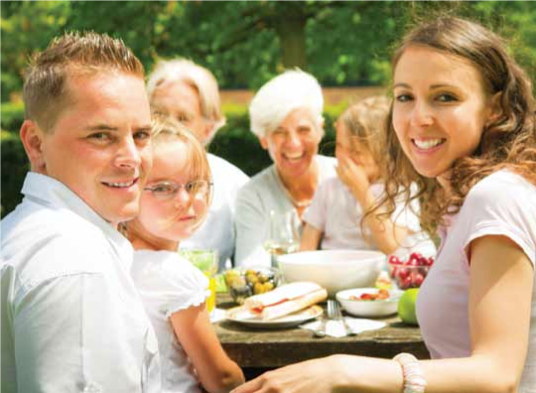