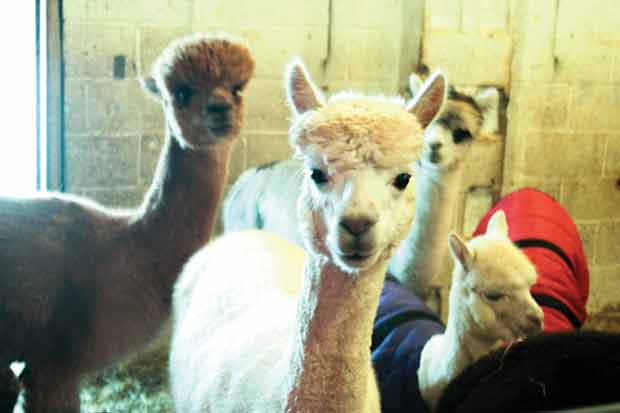 Wyndy Pynes Farm is 20 acres of sprawling, manicured land on 64th Avenue in Mattawan, a country road frequented by cyclists, joggers and pedestrians. When people pass by Wyndy Pynes, they often stop to look at the alpacas, owner Amy Rogers says.

Wyndy Pynes neighbor Christine Hillis was one those people. Hillis was so enamored with the animals, she started bringing her friends too. One day Rogers came out to greet her.

“She asked me if she could help me with anything and I told her, ‘Nope, I’m just stalking your alpacas,’” says Hillis.

Rogers says she’s not only gotten used to but welcomes her visitors. After all, if anyone can relate to an alpaca attraction, she can. Rogers fell in love with alpacas after attending an alpaca farm’s open house for a shearing day.

“I was hooked,” she says. The open house was in May 2010. By Labor Day of the same year, Rogers brought home three alpacas, including one that was pregnant. By Thanksgiving, she had four more. Now Rogers and her husband, Chris, have a herd of 13, and the farm has turned into a business, selling show and pet alpacas, alpaca fiber, even alpaca pellets (which make a very good manure, Rogers says). Recently she has started selling alpaca blankets, hats, gloves and other products made from the fiber she sells to spinners.

Despite her ingenuity and alpaca-related business endeavors, Rogers’ farm isn’t making money yet and she works full time at the Western Michigan University Bronson School of Nursing. That’s OK, she says. She started the alpaca farm because of her connection to the animals and is committed to their proper breeding and treatment.

“It’s sounds corny, but alpacas are such a majestic kind of animal. They’re quiet, elegant, reserved, sweet and just goofy little characters,” she says. “And just to sit with them is just the most serene, relaxing thing.”

Rogers isn’t the only person who finds alpacas calming company — a Google search of the question “Why are alpacas relaxing?” summons pages and pages of alpaca farm sites, with many echoing Rogers’ sentiment. Alpaca Tierra, in Georgia, talks about the “sweet relaxing gentle nature” of the animals, and Alpacas at Sunset Acres, in Virginia, says time spent with alpacas is “relaxing and stress-relieving.”

Maybe that’s why Rogers gets so many people like Hillis standing in front of her fence gazing at her animals. Hillis’ mother was watching her daughter’s house, animals and child when Hillis went out of town, and she began to stop by the farm everyday too.

“My mom called me while I was out of town and told me she bought me an alpaca,” Hillis says. “She was joking, but I couldn’t stop thinking about it.”

It turns out Hillis was hooked too. When Rogers had an alpaca for sale, Hillis began talking to her about starting her own herd — alpacas are herd animals and should not be alone. Now, 16 months after that conversation, Hillis has her own herd of eight alpacas on her Whispering Hill Fiber Farm, and her mother did end up buying the first two for her.

Hillis focuses her farm on the alpacas’ fiber, something Rogers says she doesn’t have as much interest in. In fact, before Hillis called attention to it, Rogers was just keeping the fleece in bags around her barn. Hillis and Rogers now collaborate, and work together, and Hillis says she relies on Rogers almost daily as a source of support and information.

“I didn’t know before I started that you always should hope the person you buy alpacas from will become your mentor,” Hillis says. “I’ve just been incredibly lucky to have Amy, and she’s ended up becoming a very good friend.”

Another perk to living a mile away from your alpaca guru is the ability to share in providing herd health care for each other’s animals. A lot of the care requires two people — just ask Rogers about a rogue pair of shears that found its way to her forehead when she was trying to cut an alpaca’s bangs by herself.

And as Hillis looks to alpaca fiber as her future, Rogers is focused on the breeding and care of the animals. Rogers’ nursing background fits in as she hopes to provide at-farm traveling health care for alpacas in the future.

“I hope she does too,” Hillis says. “She would be so good at it. She loves these animals so much, and she’s very good with them.”

“It’s sounds corny, but alpacas are such a majestic kind of animal. They’re quiet, elegant, reserved, sweet and just goofy little characters. And just to sit with them is just the most serene, relaxing thing.”
–Amy Rogers 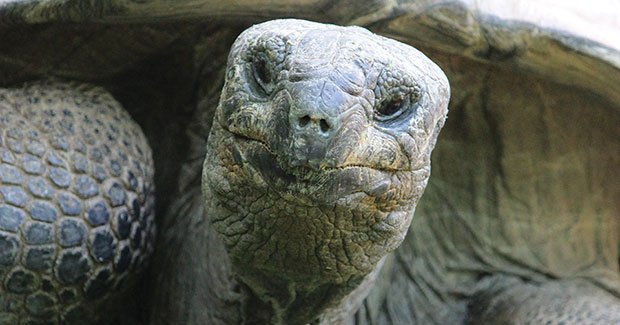 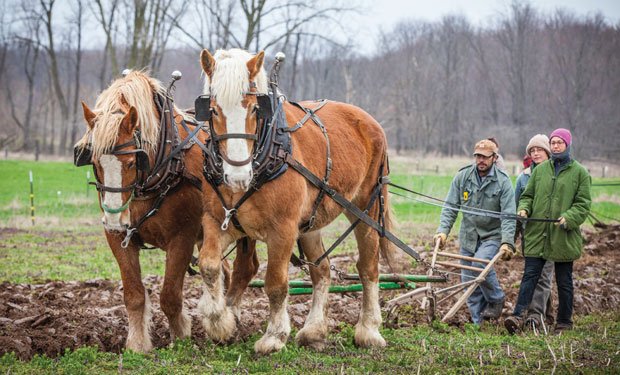 Small farmers are going back to four-legged help 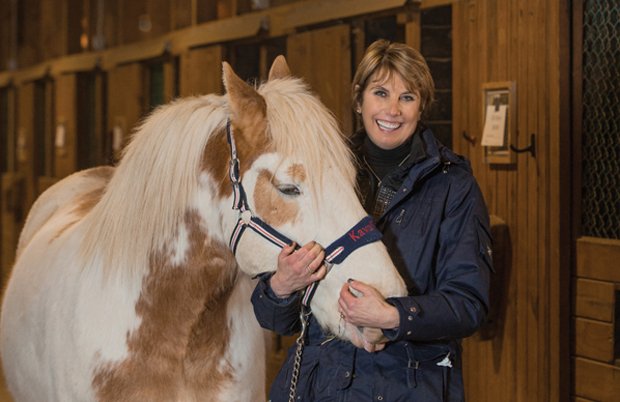