“Belly dance is not just dance.”

So says Sarah Schneider Koning, a 39-year-old professional belly dance instructor and founder of the Kalamazoo dance troupe Boheme Tribal Belly Dance.
“It’s the music, the way of dress, the language. Then you start getting into the food,” she says with a laugh.

For the past 19 years, Koning has been offering belly dance instruction to the public, devoting her life to the study of Arabic culture and Western expressions of its dances.

“Arabic culture is not homogenous,” she says. “There are little nuances from every corner, every generation. In Egypt, they may dance differently than they do in Turkey or in Greece or in Lebanon.”

Koning studied with Carolena Nericcio-Bohlman, the founder of a style of dance called American Tribal Style, or ATS, which is based on traditional belly dance but uses a completely improvisational approach. Koning has also studied traditional belly dances with teachers who travel to the United States from overseas, including some of Roma lineage, the traditionally itinerant ethnic group of Eastern Europe sometimes known by the term “Gypsies.” (Some consider this term to be derogatory. It originated with the mistaken idea that the Roma people came from Egypt.)

Now Koning runs classes, workshops and offers business consultations on everything from choreography and how to teach belly dance to building community and social networking. She teaches in her Caravan of Dreams Gallery and Studios, on the fourth floor of the Park Trades Center, in downtown Kalamazoo. Beginner Belly Dance, Intro to Improv Tribal Style and Shimmy Power Hour are among the classes offered at a drop-in rate of $15 per hour or an eight-week rate of $90.

Koning grew up in South Haven, where her father, Kevin Schneider, worked at Palisades nuclear plant, doing disaster-preparedness planning. He was also a paramedic and a firefighter, and he now lives in Georgia. Her mother, Maureen Schneider, is a pharmacy technician at South Haven Community Hospital. Koning got into belly dance when she was 18, after she took her first class on a dare and fell in love with it.

She started studying belly dance through videos because the ATS movement, which was unfolding in San Francisco, had not yet reached the Midwest. She deliberately avoided studying Western dance, like ballet, she says, because she did not want its influence on her body as she studied the subtleties of Middle Eastern dances.

Koning was 20 when she started teaching at the South Haven Center for the Arts, after the teacher of her belly dance class left and her classmates wanted the class to continue.

“I didn’t really have a mentor for any of this,” she says. “It’s been a lot of trial and error.”

Koning may be impressively focused, but among the many endearing things about her — including reddish freckles on her face, her long, sometimes braided hair, and an enthusiasm for belly dance that other dancers tease her about — she has a beautiful laugh and uses it often.

She also shares her life’s passion with her husband, Eric Koning. The two met in high school. “He dated all of my friends,” Sarah says, laughing.

The couple met again in 2006 when Eric, who was living in Minnesota, moved back to Kalamazoo. He was looking for a new belly dance teacher, since he had started to pursue belly dance on his own in 2005 after a friend suggested he try it.

When he reached out to Sarah for lessons, they realized they knew each other. This time around, the connection was immediate.

“We both love belly dance so much that it’s like, how could we not get together?” she says.

On working together, Sarah says, “When we finally come to the end and have a number choreographed and perform it together, it’s ecstatic.”

Koning says she and her husband are the only couple she knows of who perform ATS. Sometimes they get on stage and improvise a performance. “The audience loves it, because there is that dynamic between us that you don’t see between two platonic dancers,” she says.

When you watch them dance, it’s apparent that Eric brings a quiet presence to Boheme Tribal, embodying the mystery some might believe females contribute to a space. This reversal of expectations, and seeing a man in a belly dance troupe at all, enriches the troupe’s performance. At the same time, there is no danger of Eric taking attention away from the group, since the six dancers circle and shift, often changing who is out front. And Sarah’s commanding stage expressions shine no matter where she is.

In the U.S. and a lot of Western cultures, Sarah says, some people erroneously believe that belly dance is a highly sexualized dance, intended for the male gaze. “That’s not what it’s about at all,” she says. “It’s what Grandma does at the weddings. Even Uncle Mahoud is doing it. It’s just the way they dance,” and more and more Americans are starting to belly dance.

“It’s funny how belly dance starts as a bucket-list kind of thing for women, and then when they join and take part in the sisterhood and the community, and they start moving, something happens inside of them,” she says.

“You could think of it on an energy level, opening the chakras. Or you could think about it just as finally being allowed to move freely. After so many years of being taught to pull yourself in and hold yourself up, you’re allowed to let go and have a good time.”

Boheme Tribal Belly Dance can be hired to perform at festivals, weddings and fundraising events. The group also performs at local events and the World Dance Showcase, which is hosted by a belly dance duo in Traverse City every year.

In October, Boheme Tribal will host its 10th annual Ooky Spooky, a two-day Halloween-themed event at various venues in the Kalamazoo area, featuring workshops with international and regional belly dance stars. The event includes a costume contest for the audience and vendors selling belly dance costumes and jewelry.

Dance for All Bodies 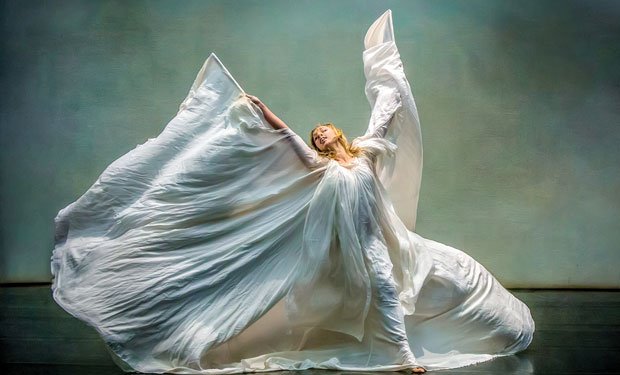 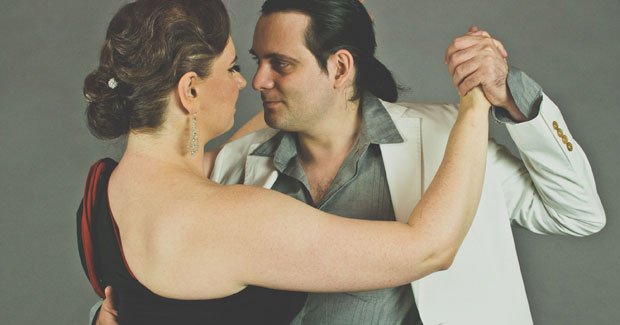