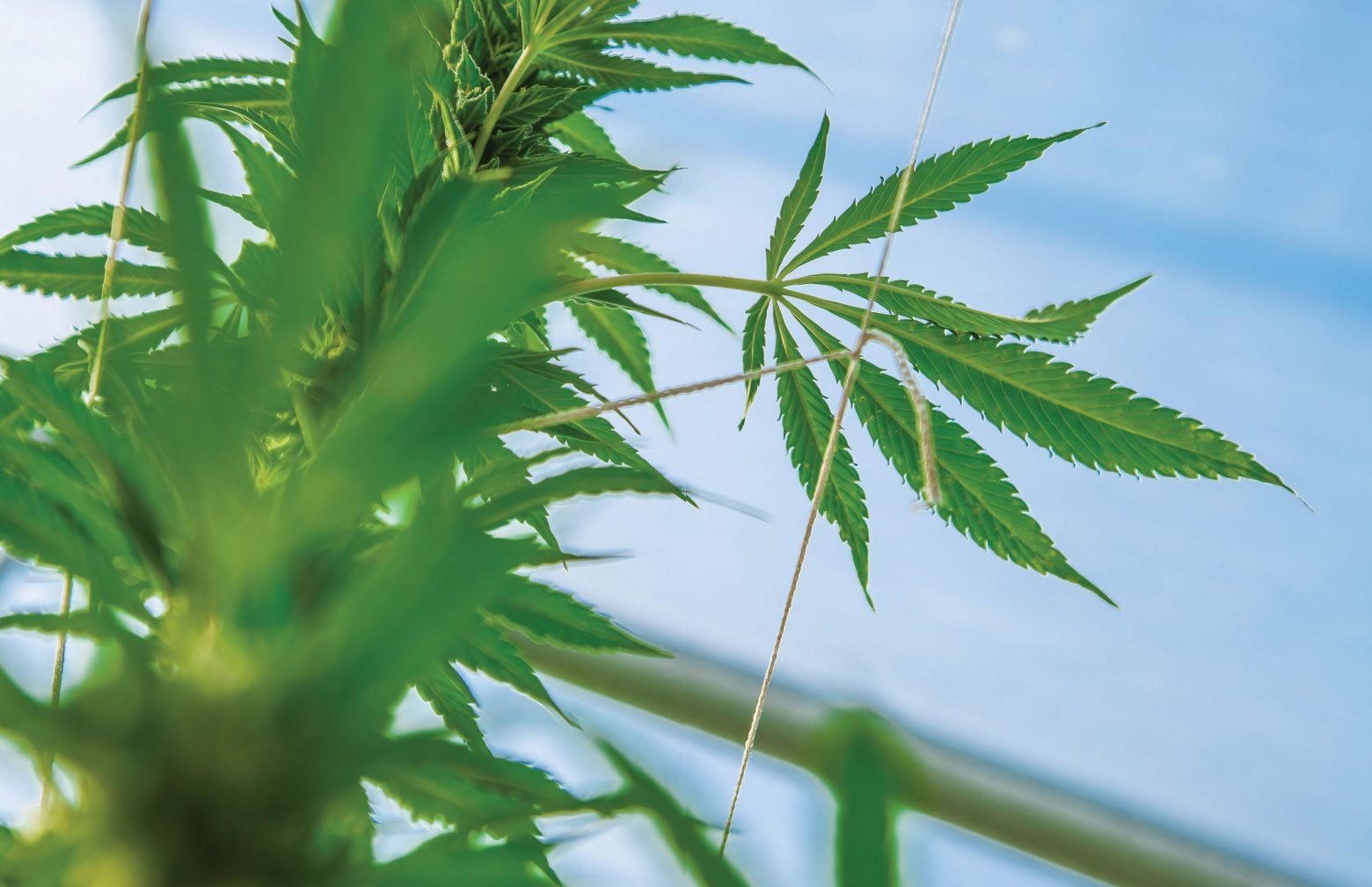 Off a dirt road in rural Van Buren County, two hoop houses rise from a sea of cornfields, their interiors obscured by a covering of cloudy plastic tarp. Such hoop houses are not an unusual sight in this agricultural area, but what’s inside isn’t a traditional crop for the area. It’s one of the state’s fastest-emerging cash crops: marijuana.

Marijuana plants with names like Wedding Cake, Gelato, Rose and Super Boof rise to almost touch the 15-foot ceilings. This is a legal medical marijuana grow facility with about 70 plants just weeks away from being harvested by a cannabis farmer named Bonnie, who works full time here. (For privacy and security reasons, “Bonnie” is a pseudonym, as is the name of another grower, “Justin,” who also appears in this story.)

It’s been 13 years since Michigan’s medical marijuana law went into effect and only three years since the state’s recreational pot law was passed, but Michigan has become the third-largest market for cannabis sales in the nation, behind California and Colorado.

From large-scale commercial farms with thousands of plants to cottage-type growing facilities in basements and pole barns, Southwest Michigan has become a growth area in this surging market. In particular, Van Buren County has become a sort of emerald triangle for cannabis farming — within a two-mile radius of the intersection of M-43
and County Road 215 there are three large commercial cannabis farms that by the end of this year will be capable of producing more than 30,000 plants. There are also several smaller operations in that area.

From trimmer to grower

Bonnie is one of those smaller growers. She was working two jobs — one in sales, the other in service — when she decided to do a professional 180-degree turn, winding up in the cannabis industry after taking a leap and driving to California in 2015 to trim cannabis on a mountaintop farm for a month.

She started working at grow stores, gaining knowledge about nutrients, lighting and other products related to cannabis growing. Then she began working for other growers in Michigan, learning the ins and outs of the growing and production of cannabis.

Three years ago she found someone willing to give her the reins of a full-time cannabis grow operation, where she currently tends up to 72 plants. Since then, she’s seen about a 60 percent increase in business, she says, and she
recently expanded her indoor grow capacity by 700 square feet.

“The more you grow, the more your knowledge expands and the more integrated you become in the cannabis farming culture,” she says. “We learn together and look out for each other.”

Bonnie, who comes from a farming family, grew up in a conservative area of the region but has seen how deep the cannabis culture has dug in here, in places one might not expect.

“For years, I sat next to this one guy at the church my family goes to,” she says. “Then he told me he was a grower too. I didn’t expect that one.”

He has several stories of close calls. He saw helicopters searching for his marijuana as they hovered over fields where he was growing it. He had cops behind him while he was driving in vehicles with trunks full of cannabis. One day Justin saw a farmer in a combine cutting down corn — and Justin’s mixed-in pot — earlier than expected.

“I ran out there with a pair of loppers, a tarp, and cut down 15 plants in just a few minutes,” Justin says. “These aren’t daisies. When they get big, they don’t have stems — they have trunks.”

No grower is the same, and every cannabis farmer thinks their way is the right way, Bonnie says. “They’re all right,” she says. “What matters most is that you are not just doing it for the money, but that you’re also growing for benevolent reasons too.”

Studies have shown that marijuana has therapeutic benefits, including lessening chronic pain, helping people get restful sleep, and easing discomfort in a person’s last days with many people choosing it as a natural alternative to synthetic prescription drugs. When Bonnie looks toward the future, she says the sky is the limit in how far the
cannabis industry can go, especially since many growers imagine marijuana will be federally legal before the decade is out.

“There is no ceiling” to the market, she says

From illegal to legal

Another grower, Justin, has seen the cannabis industry change in Southwest Michigan over the past 40 years. Now 62, he began growing marijuana clandestinely when he was just 16, tossing seeds into cornfields in central Van Buren County so the cannabis would be hidden as it grew.

“As soon as I came up with a plan, I started,” he says. “And I have never stopped since. Back then, it was very illegal to grow, and I didn’t tell anyone. It was a total guerrilla grow.”

Southwest Michigan is an ideal place to grow cannabis because its climate is “not too hot, not too cold” during the growing season and because loads of land here are already zoned for agriculture, Justin says. Justin, like Bonnie, came from a farming family, so he had access to farm fields and knew the harvest schedules of the fields around his home. He grew a little more than three pounds of marijuana his first year, taking most of it for his own use.

If the pot would have been found, Justin says, “I would have been in the papers.” He became good at hiding his plants. But the thing about cannabis is that even if you can’t see it, it can still be detected. One year, after a bumper crop, Justin ran out of drying space and had to use the attic of his home. At the time, his wife had no idea he was a
cannabis grower.

“She asked me, ‘What the hell is that smell?’” he says. “Well, she figured it out pretty quick.”

And while Justin is now licensed to grow medical marijuana, there are plenty of other folks growing pot for the illicit, or “black,” market. When Justin was selling pot in his early 20s, it was illegal and selling for about $350 a pound, he says. Today, depending on the strain, a pound of cannabis can go for as much as $2,500 on the black market.

Even with legal cannabis dispensaries all over Southwest Michigan, especially in Kalamazoo County, the vast majority of cannabis sold in the state is on the black market. Of the $3.1 billion of cannabis that was sold in the state last year, only about $1 billion was sold at licensed facilities, according to the Michigan Association of Cannabis Manufacturers. The association also reports that one in five Michigan residents used cannabis last year, a 75 percent increase since 2010.

Illegal transactions raise concerns about the safety of unregulated marijuana and about untaxed sales. From the state’s legal sales, the industry generated about $169 million in taxes and fees last year, according to the association.

Greg Dandino is going by the book when it comes to setting up his grow operation. Dandino’s Flyover Farms will be one of region’s largest legal commercial growers when it opens its indoor operations at the end of this year. It plans to begin outdoor growing in the spring. Dandino could have set up his commercial cannabis operation anywhere in the state, but he purchased property in Van Buren County’s Arlington Township in 2019 because officials there
were among the first in the state to develop an ordinance for large-scale commercial growing facilities. The proximity to good, flat farmland, irrigation infrastructure and a seasonal workforce familiar with farming were also significant draws.

Flyover Farms is one of the only commercial cannabis farms in the state to grow marijuana both indoors and outdoors, Dandino says. A 20,000-square-foot structure is the centerpiece of the farm, which also includes 12,000 square feet of greenhouse space and 15 acres of land for outdoor cultivation. Dandino is licensed to grow up to 14,000 plants and plans to create 15 full-time jobs, plus 80 to 100 seasonal jobs when work ramps up at certain times of the year.

“This area is advantageous due to its agricultural past,” Dandino says. “I looked in the Thumb area, other places east of here. This was the ideal spot.” 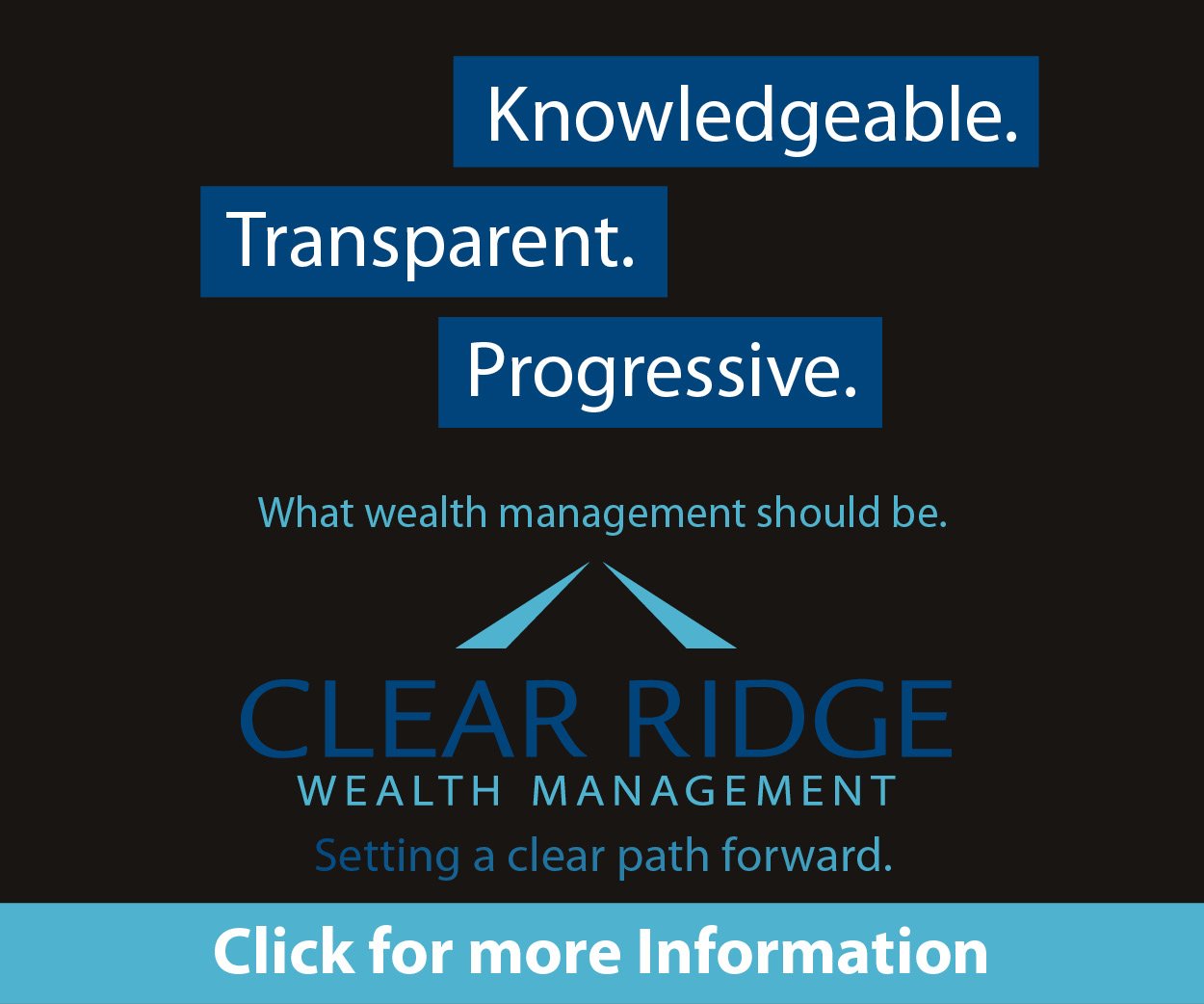 More than meets the eye

“For years, I sat next to this one guy at the church my family goes to, then he told me he was a grower too. I didn’t expect that one.” 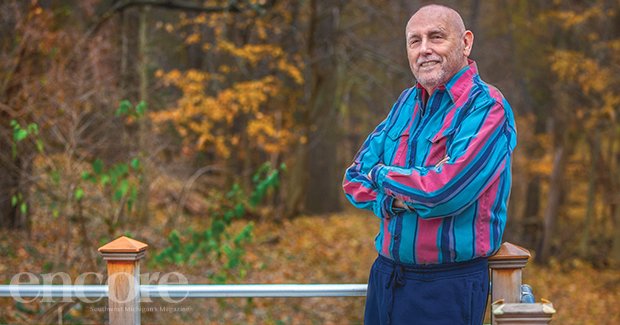 The Father of Legal Pot