When Lindsey King walks into Kalamazoo’s Coexist Café, she could be coming in to work as a server or planning to order the sandwich that bears her name. No matter the reason, there’s one thing she says is a constant at the cafe: “The atmosphere feels like your living room.”

Coexist Café, located in the middle of Campus Pointe Mall, at the corner of Howard Street and West Michigan Avenue, is not easy to see when driving past, even if you know where to look. Despite that, the cafe, which has been open since June 2016, has been successful from the start, its owners say. They attribute that success to the homey atmosphere.

That comfortable feeling was the goal from the moment Sam Abu Alsaud and his wife, Rebecca, dreamed up Coexist Café, he says. Originally from Saudi Arabia, Sam came to the U.S. 22 years ago to study electrical engineering at Western Michigan University. As a boy, he says, he would often sit with family members at a table as they drank coffee and talked.

“I have a love of talking with people (and) making connections,” he says. “Even ‘connecting me with me,’ if you want to sit in silence with your thoughts, you still want to feel connected.”

Sam, Rebecca and their two children — Yusof, 12, and Leila, 2 — live in Kalamazoo, where the couple owns the beer and wine shops Salut Market, 3112 S. Westnedge Ave., and Bottoms Up, 930 W. Michigan Ave. While those stores are devoted to selling alcohol, Sam says the inspiration for Coexist Café was to offer coffee and something else.

“We want to offer people who don’t like to party a place to meet and talk or to go for a date.”

In addition to coffees and teas, the restaurant’s menu includes a handful of sandwiches as well as vegan options. For example, The Lindsey sandwich, named for King, features two fried eggs, spinach and tomato, while The Todd features two fried eggs, provolone cheese and sage. The Todd is named for a character from the TV show Scrubs. King, a junior at WMU, says she actually likes The Todd better than her namesake sandwich.

Toward the back of the cafe there’s a small bar where customers can hop on a stool and talk with Sam, Rebecca or one of their staff as coffee is brewed and sandwiches are assembled. About 4,000 pennies are spread on the floor under the bar area in one layer, covered in acrylic. Rebecca created that design and spent 40 hours putting it together, simply “to see something unique on the floor,” she says.

The front of the cafe features large glass windows, with tables and comfortable chairs and a small stage. A local musician plays there about once a month, and Sam says he’d like to add more performers — maybe a poetry slam or a stand-up comedian. Sam says WMU student groups have held meetings at the café, mostly on reading and writing projects, and a knitting circle even sat down one day to work on their creations.

‘An opportunity to meet’

On a recent winter day, music producer Eric Dunklin was enjoying a coffee at the cafe as he looked through his emails. Originally from Kalamazoo, Dunklin now lives in Los Angeles, and he says Coexist Café reminds him of the “coffee shop vibe” of that city.

“There’s always an opportunity to meet someone and talk about something that sparks an idea for a song or for something to go online and research,” he says.

Rebecca Abu Alsaud says meeting people and learning their stories is one of the things she likes best about running Coexist Café. She says that she didn’t attend college, but while she makes sandwiches and coffee drinks, she’s learns about everything from biology to drama from talking with students who stop in for a meal or to study.

Sam, too, is appreciative of living and working in a college town. “(A college town) is a great hub for connecting people from around the world and learning to coexist with people,” he says. “College is a great spot to do that.”

Shortly after the café opened, Rebecca had a booth at WMU’s Bronco Bash, an annual event welcoming students back to school for the new academic year. First, she offered coffee to passersby. If they didn’t want coffee, she offered tea. If that didn’t work, she offered sandwiches. Sooner or later, every student who stopped at her table found something to enjoy.

Hardy Fuchs, 76, a retired Kalamazoo College professor, is a café regular. His German club meets at Coexist Café occasionally, and he stops in himself two or three times a week.

“I go ice skating and then reward myself with a cappuccino afterward,” Fuchs says.

Like many of the café’s staff, King sometimes stops in even when she’s not scheduled to work. She says the atmosphere has made it easy to get to know and become friends with customers. “I’ve asked people talking to each other, ‘How did you meet?’ and they say, ‘We met here.’” 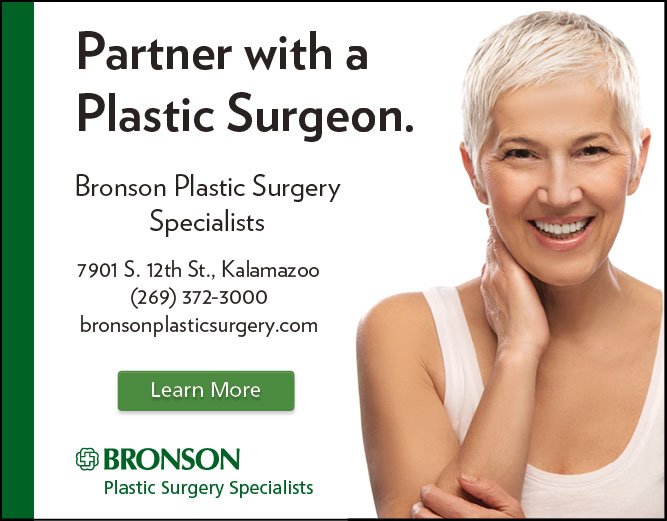 “(A college town) is a great hub for connecting people from around the world and learning to coexist with people. College is a great spot to do that.” 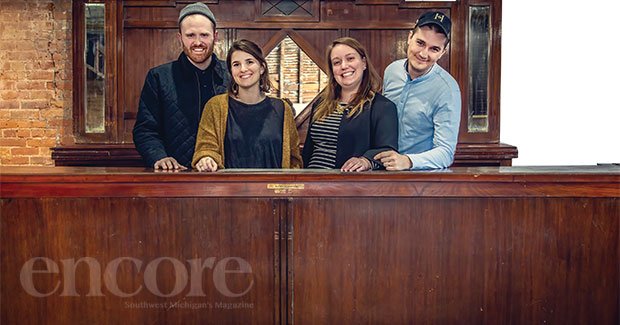