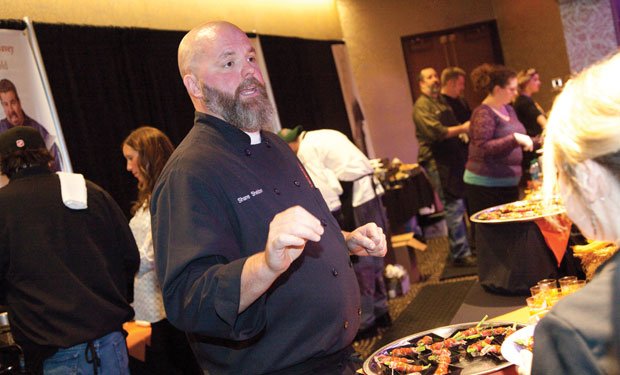 It’s not just the opportunity to create tantalizing, bite-size dishes to help fight birth defects, premature births and infant mortality that draws local chefs to participate in the annual March of Dimes Signature Chefs Auction. It’s the chance for a little friendly competition.

“Most of the chefs know each other outside of the event,” says Patricia McDonald, development manager for the local March of Dimes organization. “We have Millennium Group — we have four restaurants with them involved this year. Three restaurants from the Radisson are participating, and within their own they’ll throw down a challenge. It gets to be inside competition for them.”

Local chefs outside of those restaurant groups also appreciate a good-natured rivalry, including John Korycki, director of culinary education at the Bronson Healthy Living Campus and former chef of Zazios, who competed in the event before becoming a judge last year; Chris Kidd, chef de cuisine/partner of Rustica in Kalamazoo; and chef Andy Havey, of Bold in Texas Corners. Because chefs rarely see each other, an event like this offers a chance to interact and check out each other’s dishes, Kidd explains.

“This brings out the competitive side in any chef, which is naturally necessary in such a competitive industry,” Kidd says. “At the Signature Chefs Auction we get to size each other up and also appreciate what our colleagues are producing. This helps put our own work in perspective and self-realize our own strengths and weaknesses as chefs.”

Each chef brings a unique skill set to the event. For example, Kidd, who studied at the Culinary Institute of the Arts in New York City and worked alongside Wolfgang Puck at Spago in Beverly Hills, describes his food as classic European. Korycki, who competed in the event for 10 years, received his culinary degree at Kendall College in Chicago and for more than 20 years has traveled to Italy to continue learning and perfecting Italian dishes. Havey, who studied at Johnson & Wales in South Carolina and once cooked for 2,500 people at a private Kenny Loggins concert, creates dishes with a Southwestern flair.

“Southwestern, Tex-Mex — we do a lot of that,” Havey says. “I spent time in Mexico so I really enjoy Mexican flavors.”

With so many chefs at one event seeking to win “Overall Best Dish,” it pushes them to strive harder and produce at a high level.

“(We) spend a little more time skimming and reducing a sauce, plan ahead to make sure the best produce will be available for the event, revitalize and freshen up old classic recipes or even create something new specifically for the event,” Kidd says. “The Signature Chefs Auction and the competition that accompanies help us cook the best food possible.”

The challenges and logistics

The chefs make it look easy, but they face logistical challenges. The small space they have to work in at the competition makes it hard to cook, says Havey, and with a small burner a chef can do only so much. Plus, the dishes they create have to withstand being held hot for a few hours.

“That’s probably the biggest challenge,” Havey says. “Because you could come up with a great idea that would just wow people and then you think about the execution and you’re like, ‘How am I going to do that?'”

After participating in a few of these events, Korycki says, a chef discovers something else: what not to serve. That happened to Korycki — with scallops.

“We got one of the top three awards for the dish,” he says, “but it was so hard to do. It was non-stop cooking and skewering of scallops.”

After an experience like that, Korycki says, a chef steers toward something simple yet delicious that involves easy assembly — perhaps a red wine beef Bolognese sauce with polenta or tortellini, for which most of the work has taken place prior to the event.

The Bold team also experienced a never-try-that-again moment during their first Signature Chefs Auction, says owner Shane Sheldon. He and Havey tried to run their chef’s table with only the two of them. “We thought we would be just fine,” he says. “We handled it but didn’t really get to interact with the guests. Last time for that. Now we bring a small army.”

Satisfying the guests and the judges also proves tricky. Almost everyone loves meat and potatoes, Korycki says, but judges might desire something more exotic. “If you put octopus and peas on a plate, it’s like, ‘Ooh, that’s a little pushing it for Kalamazoo,’” he says. “But the judges really like that because it’s different.”

Korycki will serve as a judge again this year, voting along with the other judges on which dishes to name “Best Overall,” “Best Taste” and “Best Presentation.”

“As a judge I have very simple tastes,” Korycki says, “but I want those taste buds to be pleased. I’m always looking at the good points of the dish and rating that dish that way. If it could have used a little more of this — that’s where you make your judgment.”

The taste portion of the judging is a blind tasting and the judges have no idea which chef created which dish.

Tasting the food is Korycki’s favorite part of the event. “Here you’re getting little bites, little tastes, and you’re seeing what the whole Kalamazoo community is doing then and there,” he says. “It’s being able to taste that variety of food that’s being done here within this little, beautiful, international city called Kalamazoo.”

He says the judges will often confer with one another, asking, “How do they do that?” or “What is that flavor that I taste?” Korycki says he is able to identify most flavors in a dish, with a few exceptions — some forms of Asian, Caribbean and Indian cooking, he says, have layers upon layers of spice.

The competitiveness of this event also extends to the guests. During the live auction they bid on packages offered by participating restaurants. Last year Bold offered a private “Stash List Wine Dinner” for 14 people at The Grille Room of the Moors Golf Club. It consisted of a seven-course dinner, each course paired with wines from Bold’s private cellar.

“We try to do something different every year,” Sheldon says. “We try to get as creative as we can.”

Zazios’ package was “Dinner at the Chef’s Table at Zazios,” which included a seven-course dinner for 12, and Rustica offered a “Regional Experience at Rustica” that provided a five-course dinner for eight highlighting classical and contemporary cuisine and regional wine pairings.

The winning bids for the restaurant packages generally meet or go above their value, McDonald says, and last year one package valued at $900 went for $2,800.

“That buildup of competing, a lot of times, that’s what people are looking for,” McDonald says. “It allows more of the room to get engaged in the bidding.” 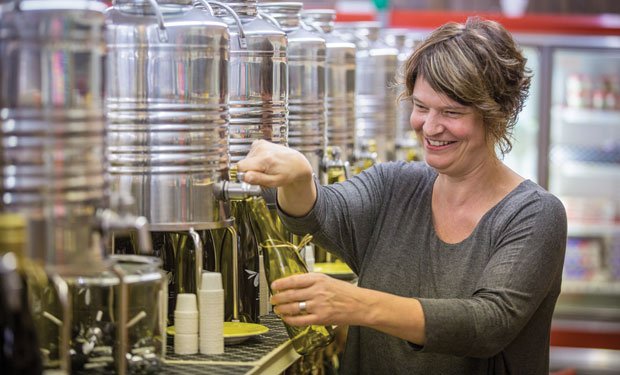 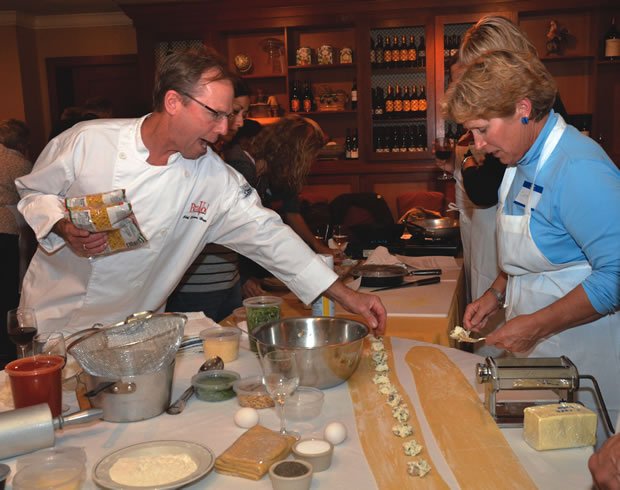