Dancing for My Tribe 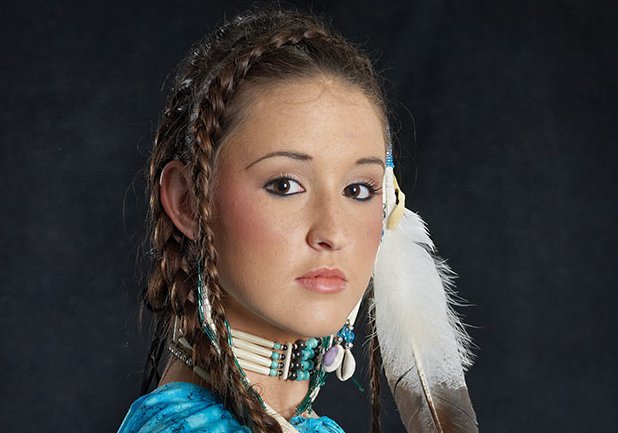 When Sharon Hoogstraten went on her second Trail of Death Commemorative Caravan in 2018 — a six-day pilgrimage following the trail of the forced removal of 859 Potawatomi Indians from north-central Indiana to eastern Kansas in 1838 — and stood on the western banks of the Mississippi River, she grasped the heartache that her ancestors must have experienced standing in that same spot nearly 180 years earlier.

“To cross the Mississippi, they were ferried across in multiple steamboats — a new and startling experience in and of itself,” says Hoogstraten. “Once across the mighty river, they were left to contemplate their irreversible separation from their homelands. There was no way back.”

The 64-year-old Hoogstraten, a 1972 Otsego High School graduate and professional photographer who now lives in Chicago, is a tribal member of the Citizen Potawatomi Nation and says she finds it amazing that in light of the moves — some of the Potawatomi later relocated to Oklahoma — they managed to hang onto their culture. It is one reason why she has worked to further preserve Potawatomi culture through her photography exhibit Dancing for My Tribe.

The exhibit, made up of individual portraits of modern Potawatomi people photographed against a seamless backdrop to eliminate distractions, is reminiscent of Indian country studio portraits from a century ago. The photographs of contemporary Potawatomi in their regalia convey the story of a modern people preserving the traditional dress of their ancestors, Hoogstraten says, and makes that story relevant to contemporary life and their own personal stories.

“My intention is to create images so compelling that they become the record for our place on the timeline of Potawatomi and American history,” Hoogstraten says.

Many people don’t understand the true definition of regalia, says Hoogstraten. Regalia is traditional tribal dress; these are not costumes. “Costumes are something that you put on when you’re pretending to be something you’re not,” she explains. Regalia is the exact opposite: It tells who a person is.

No two examples of regalia are alike. An individual might select a certain color for their regalia because of their birth order — such as blue to represent being the oldest — or choose a jingle dress, which is the medicine dress, because somebody in their family has become ill or passed away.

“This is each person’s story, and it’s an evolving story,” Hoogstraten emphasizes, noting that a person can change their regalia throughout their lifetime.

An example of this occurred during her very first photo shoot. A man arrived in a white ribbon shirt and ribbon pants. “Nothing blingy,” she says. But the color white represents bereavement, and he began wearing this regalia after recently losing his wife. Hoogstraten found the man’s story compelling and asked him to write it down — which ultimately led her to ask each person she photographed thereafter to write something about their ancestry, their regalia or why preserving traditions matters to them. These written stories are displayed alongside their portraits in the exhibit.

“That’s become almost as important as the photographs,” she says.

The idea of photographing Potawatomi in their regalia had percolated in the back of Hoogstraten’s mind for some time. The project came to life in 2010, when she attended the Citizen Potawatomi Family Reunion Festival in Oklahoma. The organizers found out that Hoogstraten was a photographer. She told them her idea, and they found her a space to take photographs.

“I don’t think I had more than 15 portraits at the end of it, but it (taking photographs of people in their regalia) continued for the next three or four years,” she says.

Since that time, Hoogstraten has taken close to 200 photographs of people from every state that has a Potawatomi nation — Michigan, Wisconsin, Kansas and Oklahoma — and from Canada. In 2014, Dancing for My Tribe traveled the country, with the first exhibit held at Rockefeller Memorial Chapel at the University of Chicago. The exhibit has also appeared at the Arts Council of Greater Kalamazoo, at the Epic Center; the State of Illinois Building, now known as the James R. Thompson Center, in Chicago; and the Wilmette History Museum, in Wilmette, Illinois.

Because she is a “hometown girl,” Hoogstraten found it exciting to have her exhibit in Kalamazoo. The Wilmette History Museum also held a special meaning for her, since it stands on the land of her direct ancestors, the Ouilmettes.

A permanent collection of Hoogstraten’s portraits is being created at the Citizen Potawatomi Nation Cultural Heritage Center in Shawnee, Oklahoma. She will be able to borrow from it for ongoing exhibits.

One of her images, Eagle Staff Grand Entry, was on display at the Smithsonian Institute’s National Museum of the American Indian from 2014 to 2018, in an exhibit titled Nation to Nation. “It was amazing how many people saw it there and let me know,” Hoogstraten says.
Hoogstraten decided to make the canvas portraits in the exhibit almost life-size so observers will see the detail of the regalia and see evidence of the Potawatomi’s modern life, including duct tape, Star Wars images, a Nike symbol and other material and symbols. She says that recognizing the Potawatomi as present-day people is important, first and foremost, because it signifies that they are still here.

“Secondly, because I want non-Indians to know that regalia speaks about the individual that wears it — so the tradition is old, but the individual’s story is contemporary.”

Hoogstraten refers to herself as a visual storyteller. Many photographers call themselves storytellers, she says, but in her case this truly applies. In Native American communities the storyteller keeps track of history.

“It’s the story that interests me,” she says. “There are a lot of people who could do this photography, who are certainly technically capable of it, but I have the access because of who I am, but also I have the burning interest.”

“I like this photo because it has that similar striking gaze of the Afghan woman on the famous National Geographic cover,” she says. “She knows who she is, and her gaze is memorable.”

Currently, Hoogstraten is compiling the photographs and stories into a book. Besides images of individuals and a facing page of their handwritten narratives, it will include a summary of what Hoogstraten has learned about the Potawatomi and their regalia.

“It’s changed my life,” she says. “I’m a completely different person than when I started the project, and it’s because of the project. It’s really been a huge reward.” 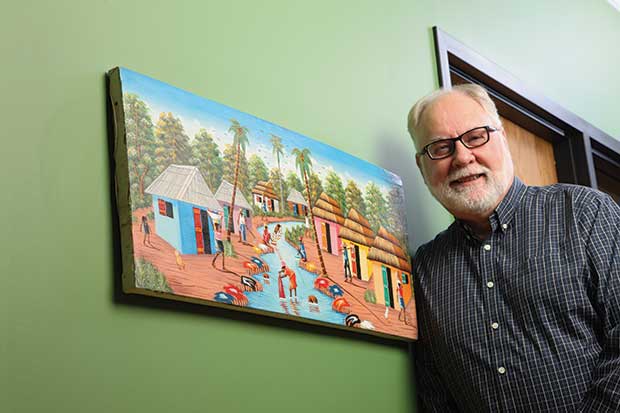 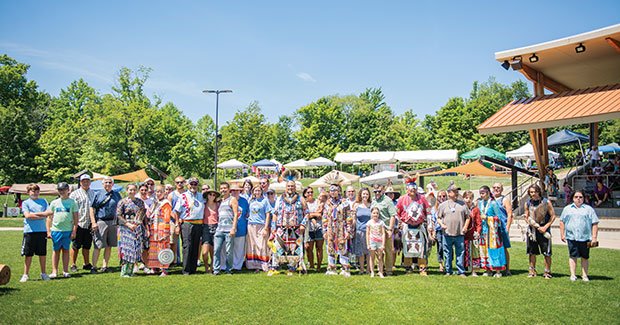