Allegan Antiques is a monthly antique and vintage flea market in Allegan during the summer. © 2018 Encore Publications/file photo
Seek and ye shall find – or at least have fun looking

You never know what you’re going to find when you set out as a tourist in your hometown, but one of the best ways to take home a little treasure is to visit secondhand, vintage and antique shops.

Just like treasure hunting, shopping these stores isn’t for everyone. It takes a certain combination of gumption, patience, a good eye and, sometimes, just dumb luck. You can go out in search of something — the perfect rockabilly dress, red leather cowboy boots, a panther-shaped planter — and find exactly what you’d hoped to find, or nothing at all.

The best results of any treasure hunt come when you’re open to the adventure and mystery of it all.

“What I like about vintage is it sort of tells a story,” says Jayne Gulliver, owner of J-Bird Vintage, a clothing store in Kalamazoo’s Vine neighborhood. “I think that that’s the really fun, exciting part of it. When you buy a vintage item and wear it, you are continuing that story.”

In the greater Kalamazoo area, there are a myriad of secondhand shops to explore (see list on Page 31). Though it’s hardly an uncharted jungle, the region offers a rich market of previously loved items, a treasure trove of things with character and stories all their own. You’re not likely to find anything as remarkable as the tomb of a pharaoh buried under sand dunes (although there is the lost city of Singapore under Saugatuck), but it is possible to find a new favorite blazer or a simply fabulous mirror. You won’t even have to dig in the sand. You can just travel over to J-Bird, KalamazooKitty or The Heritage Company, to name a few.

Nestled into a corner of the vibrant Vine neighborhood, J-Bird Vintage, at 511 W. Vine St., is filled with clothes and accessories that tempt shoppers with possibilities. The store’s clothing racks aren’t organized by size but by decade. And they have stories.

Fabric rustles like leaves in a rain forest as Gulliver pushes aside the hangers on a full rack of women’s clothing to reveal a blush-pink dress from the 1950s.

“It was a big day (for the dress’s original owner),” Gulliver says. “She was just getting ready to start college and her mom had bought this dress for her just for that occasion. So it was the beginning of her college experience.”

Gulliver even has some formal wear from a former Miss Kalamazoo.

“She was so sharp,” she says of the woman’s stellar style.

A majority of the items in J-Bird Vintage once belonged to Kalamazoo residents. To fill her trove, Gulliver attends estate and garage sales. People also bring items to her.

“It might be a collection they’ve had for a while or some of their parents’ items,” Gulliver says. “Or people are downsizing. It keeps it interesting.”

While J-Bird Vintage has items that date back to the 1800s (a wedding dress petticoat from 1835, to be exact), Gulliver says she personally gravitates to wares from the 1970s.

Gulliver, a social worker in her pre-J-Bird life, says she has always had a love for vintage wares. A Kalamazoo native, she recalls shopping at Souk Sampler, an establishment located in the back of a larger clothing store (Common Market at 722 Locust) that was “billed as a traveling Beledi boutique” by the now-defunct weekly newspaper Kalamazoo News in 1979, offering “a potpourri of clothes, jewelry and other such stuff.”

“It was a great vintage store,” Gulliver says. “I thought it’d be so fun to be in the same neighborhood.”

Old clothing isn’t the only secondhand treasure to be had in the area. From weekend antique markets to upscale stores that offer gently used furniture and home décor, shoppers can find plenty of places to pursue that perfect knick-knack, couch or even an antique doorknob they’ve always coveted.

The Heritage Company specializes in architectural salvage, saving antique lights, heater grates, handcrafted doors, decorative moldings and other building and home items that are no longer being produced in the same style, if at all. Most of its items come from old homes or buildings that were torn down or gutted.

Heritage’s storefront, at 150 N. Edwards St., is classic, with clean lines, tall windows and brick walls. But stepping across the threshold takes you into a world ripe with potential, as if you’re Howard Carter himself stepping into King Tut’s tomb for the first time.

“It’s just fascinating,” says Millie Wrench, a frequent patron of Heritage. “You kinda wonder, whose house was it in? What was the family like?”

What began in a 700-square-foot space on Locust Street in 1986 has expanded over the past couple of decades to Heritage’s current three-level space (including basement), housing everything from classic claw-foot bathtubs to more than 1,000 old doors to light fixtures that Heritage owner Rodger Parzyck has cleaned and rewired. There’s even a small totem pole and a case full of tchotchkes — things that Parzyck says he doesn’t consider all antique, but that people enjoy perusing nonetheless.

“It’s taken me 32 years to acquire all this stuff,” Parzyck says.

Parzyck first got involved with salvaging items from old buildings while he was attending George Washington University, in Washington, D.C., to become a physician’s assistant.

Though he’s partial to things from the 1920s, Parzyck loves getting items as old as possible.

“Kalamazoo was established in 1837,” he says, “so you just don’t find a lot of very old stuff. I love the old wood that comes out of Greek revivals, the boards that are 18 inches wide because they came from virgin pine trees.”

Customers come from as far away as Traverse City, Chicago and, on occasion, New York, he says, to explore Heritage in hopes of finding a treasure that will complement or complete their homes.

As more people tear down or rehab older houses to replace old with new, Parzyck says he hopes to work with demolition companies and contractors to salvage the things that people sometimes forget about, like heating grates and original woodwork.

Saving and repurposing also appeals to the proprietors of several other local shops, including Christy’s Consignment, Boomerang for the Home, KalamazooKitty and troVe, which have found a niche market in selling higher-end and hard-to-find secondhand furniture and housewares.

Seeing a gap in the local market for good-quality secondhand furniture, interior designer Kitty Copeland, owner of Kalamazoo Kitty, had been traveling as far as Detroit to find what she needed for her design clients. Copeland points to the lack of craftsmanship in new, factory-made furniture.

“We try to make sure that the stuff we get in here is well-made,” she says. “It’s solid wood. It’s good quality.”

Though the quality of Copeland’s offerings certainly brings customers back, she says her two store locations also hook customers by being set up to feel like a “living Pinterest board.”

“The way we set it up in the stores, each little area is its own kind of vignette, something that you would find in your own home,” says Copeland.

This kind of organization and store setup is something Heritage’s Parzyck admits envying.

“I go into other stores and it’s nicely organized and everything is dusted and it’s all in its place and I think, ‘Wouldn’t it be nice to come into work and have it be like that?’” Parzyck says with a good-natured chuckle. “But we actually have better sales when the place is just full of stuff and disorganized because people like to treasure hunt and they like to go through boxes and find stuff that looks like it’s buried.”

Even in Copeland’s designed vignettes, there are surprises here and there, little nooks with small treasures.

Though Heritage customer Wrench and her husband visit Parzyck’s hall of wonders on a monthly basis, on this trip she admits that she has seen at least 10 things she’d like to take home.

Standing in a section of the store that is filled with case after box after shelf brimming with doorknobs and drawer handles, Wrench gets a gleeful look on her face.

“It’s the thrill of the hunt!” she says.

There are dozens and dozens of shops in the greater Kalamazoo area where you can go on a quest looking for secondhand treasure. While not possible to list all of them here, these are suggestions on some places to start:

Once Upon A Child
643 Romence Road 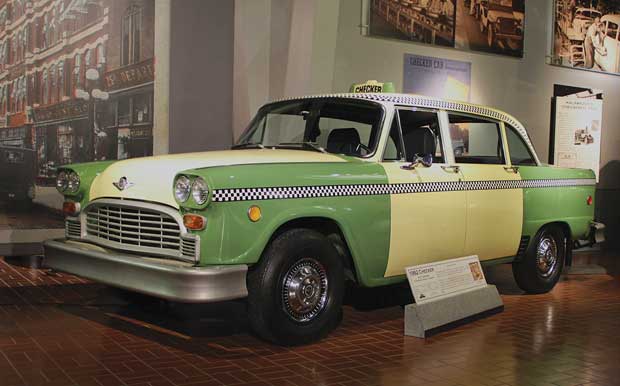 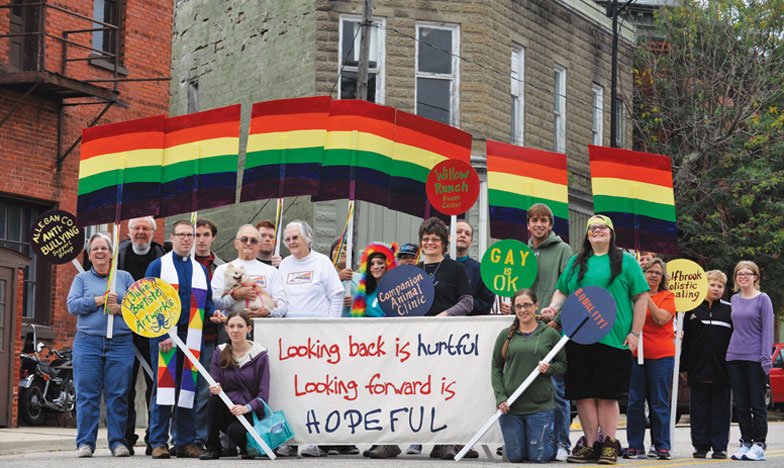