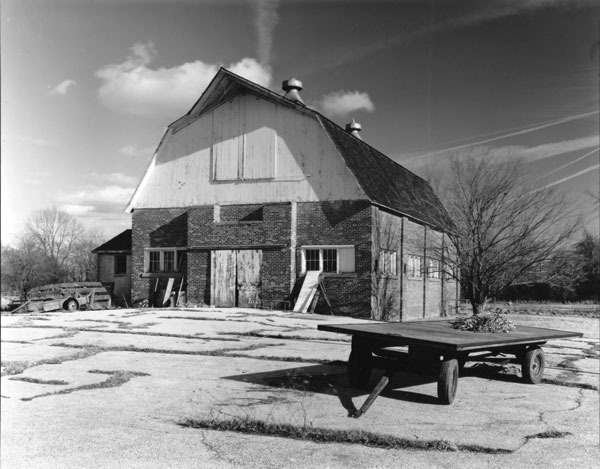 In 1990, shortly after photographer Mary Keithan acquired an 8×10 view camera of the sort used primarily in the 1800s and early 1900s, she took a picture of a Southwest Michigan barn and launched herself on a nine-year project photographing barns across Michigan.

Keithan, who lives in Macomb County, was taking a photo-printing workshop from George Tice at the Kalamazoo Institute of Arts. She brought her new camera, and the first picture she took was of an Amish barn she discovered while driving in the countryside near Kalamazoo.

“I liked the way it came out so much that I thought, ‘Well, I think I’ll do a series of barns — maybe lasting a few months or a year or something — and drive around and find some interesting barns in Michigan,’” Keithan recalls. “And what I thought would be a short project turned into a major project.”

At first she approached the barns as a visual artist only, attracted by the variety of architectural styles and the interesting compositions she could create. But when she began exhibiting some of these photographs, she found people were interested in learning more about the barns. She started keeping records of their locations and talking with their current owners or neighbors to learn the history of the barns and the farms they stood on.

Keithan was so fascinated by the regional differences in barn architecture and the diverse ethnic backgrounds of the farmers that she eventually visited every county in Michigan. “I saw, I don’t know, a thousand barns or something. I didn’t photograph every single barn, but I chose the ones that I thought had artistic merit.”

She found barns of different sizes and shapes — round, octagonal and even 14-sided — and others built with noteworthy materials, including logs, concrete and brick. Some of the barns had functional features such as a central silo that made it easier to feed livestock or thick brick walls that provided enough insulation to store potatoes and onions through the winter.

“When you speak to the people, they’re interested in telling you their whole history and the way their grandfather came over and started the farm and how their lives revolved around it,” Keithan says. “A lot of the farmers took pride in their barns, and that was the first structure they built before their homes, and they would decorate them with certain architectural adornments.”

The MSU traveling exhibition, Michigan’s Heritage Barns, will be on display at the Kalamazoo Valley Museum from Jan. 25 through June 15. The 22 photos include several from Keithan’s home region of southeastern Michigan as well as others from the central and northern Lower Peninsula and the Upper Peninsula and one from Kalamazoo County. The Kalamazoo Valley Museum will supplement the exhibit with agricultural artifacts from the museum’s collection.

Over the years since taking the original photographs, Keithan has gone back to check on some of the barns. Some are no longer standing, others have been restored and some repurposed, such as one that is now an antique store. Some barns have been sided with aluminum. “Better than having them fall down,” she says, because there is still a chance for restoration.

While Keithan was working on the barn project, she sometimes learned that a barn was not long for this world, usually because of prohibitive maintenance costs. “If they keep the roof in shape, it will usually last quite a while. … Otherwise the weather and the elements just destroy it,” she says.

At least one unused and deteriorating barn was saved thanks to one of Keithan’s photographs. A local historical society wanted to move a barn to a park where the group was recreating a historic farmstead. “And they needed some kind of a proof or verification that it was worthy of the funds needed to move it,” Keithan says, “and they used my photograph in the book as supporting evidence that it was important enough to be bothered with.”

Keithan still photographs barns occasionally and sees her work as creating a historical record. “I’m preserving the barns on film, if not otherwise, and I’ll try and continue to do that.”

“A lot of the farmers took pride in their barns, and that was the first structure they built before their homes, and they would decorate them with certain architectural adornments.”
–Mary Keithan 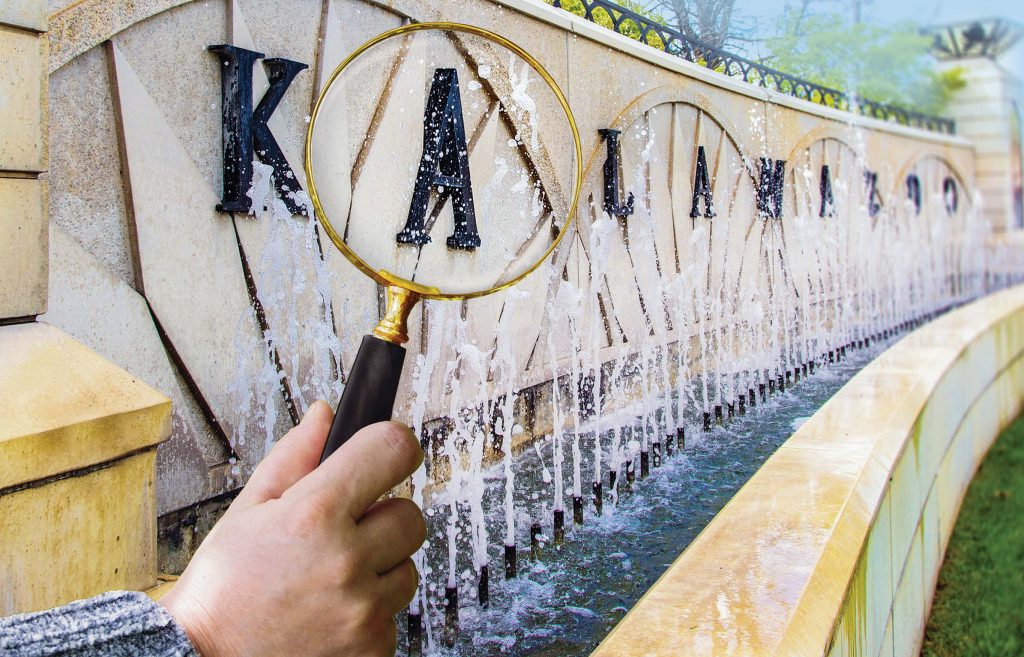 Look closer or you might miss these great SW Michigan sights