Must have valid photo ID to verify age (21+) and identity at the door.

The Way Down Wanderers sing like angels but write songs with guts that are unmistakably earthbound: a soon-to-be dad, excited but scared, fighting for self-growth; someone recovering from alcohol dependency, devoted to healing but with a confession to make––there are no fairytales here. And yet, the music begs an unapologetically Pollyanna question, like a big-hearted dare: Can a song help save you?

“I think when we strive to be the best versions of ourselves, and to accept other people that we don’t understand, that all works toward creating a culture we strive for,” says Collin Krause, one of The Way Down Wanderers’ two lead songwriters and vocalists. “Part of that process really is working on yourself––and self-forgiveness. At the end of the day, we’re not going to be perfect. The idea is to recognize that, and to try to forgive yourself if you can––and to try to move on and make progress.”

“Right,” adds Austin Krause-Thompson, the band’s other frontman and core writer. “And this record does lend itself to some of those messages.”

Austin and Collin are discussing More Like Tomorrow, the Way Down Wanderers’ third full-length release. The project is the anticipated follow-up to their 2019 breakthrough album Illusions, which earned praise from Rolling Stone Country, No Depression, Relix, and more. The band’s gorgeous harmonies and string-band virtuosity still anchor the new album, but the sonic borders the Way Down Wanderers once flirted with crossing have been beautifully breached. Their lyricism has also evolved, giving way to true stories that cut deep. “I think more so on this record than ever, the songs are just more direct, with acute meanings in our own situations,” says Austin. “Each’s song’s story is less broad. I think, at least for me, writing is definitely growing more and more personal.”

With More Like Tomorrow, the five-piece band from Peoria, Illinois, has emerged not just as quirky bluegrass kids with a habit of experimentation, but as confident purveyors of some of the most sophisticated roots-pop anywhere. 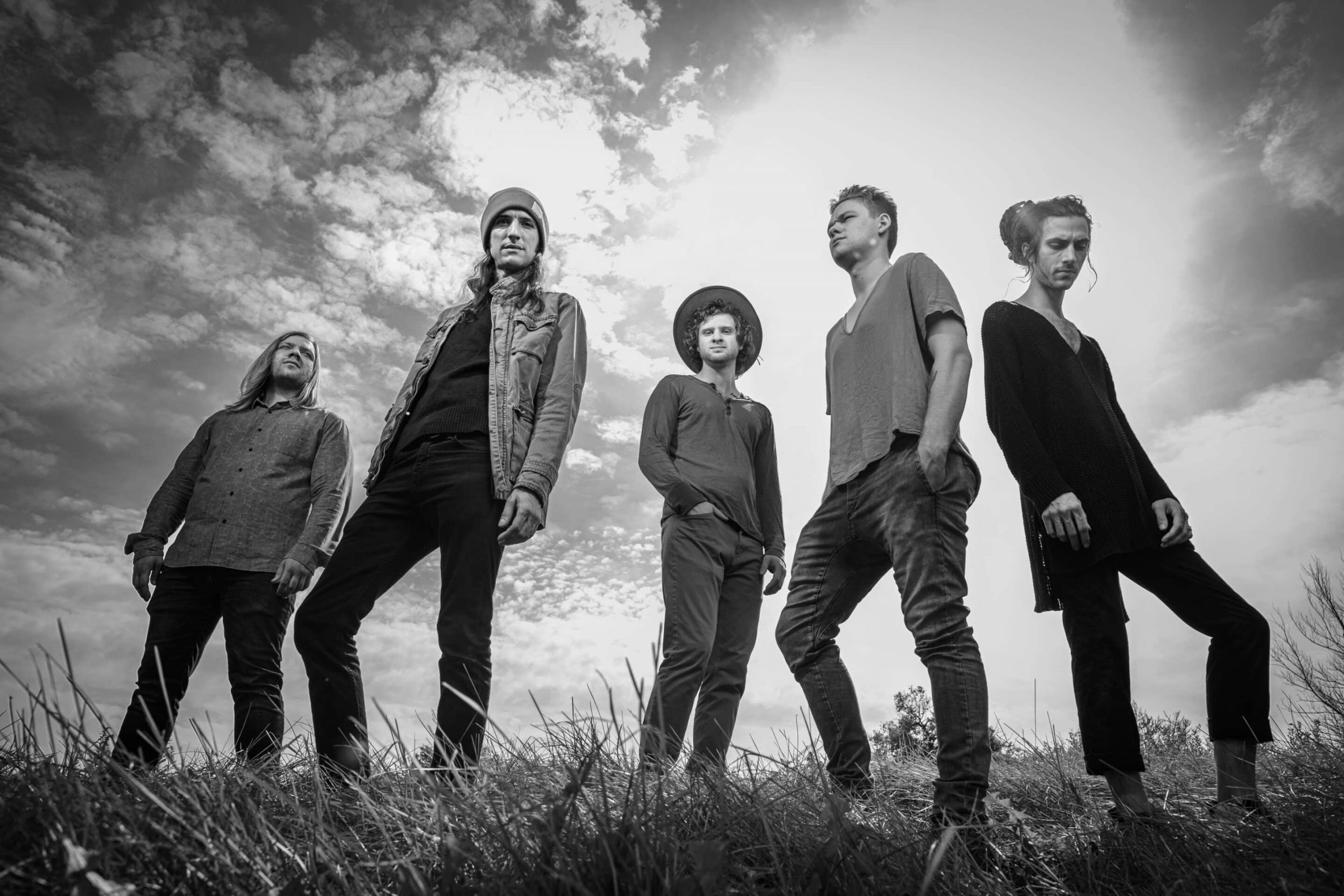