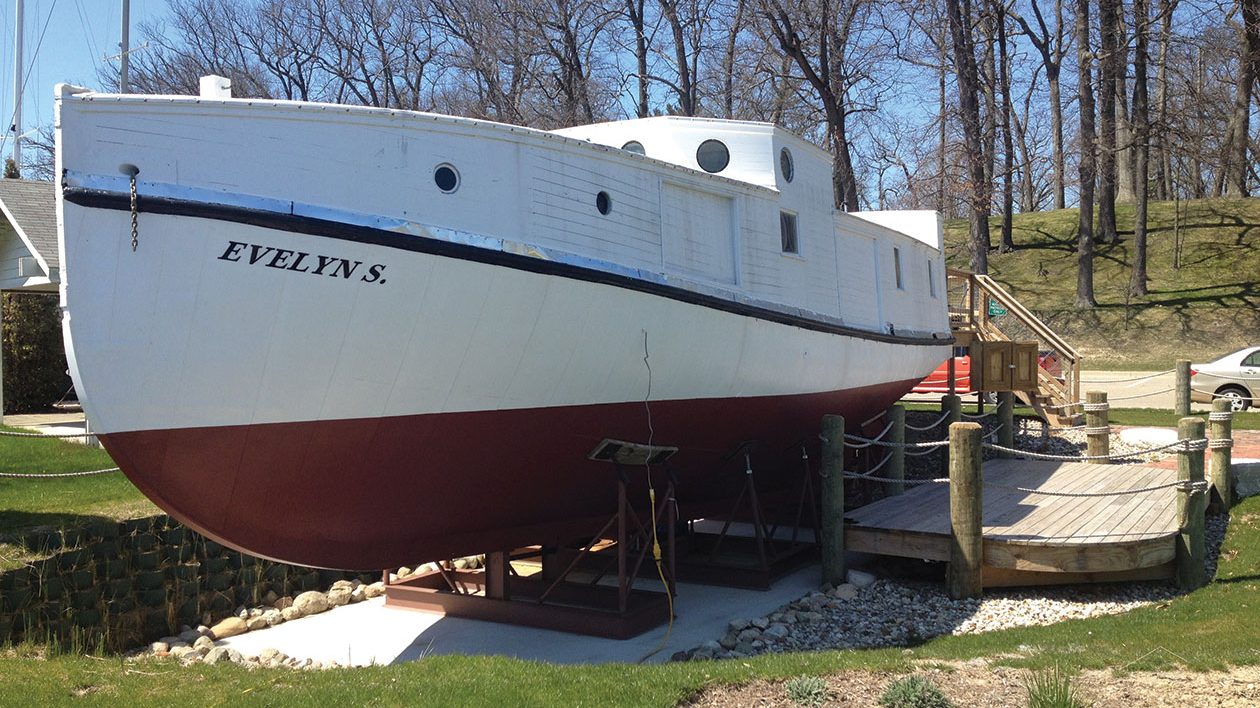 Great picks from from the Maritime Museum collection

The Michigan Maritime Museum in South Haven is dedicated to preserving and presenting the maritime history and heritage of Michigan and the Great Lakes. Our collection includes thousands of artifacts, photographs and archival materials related to the maritime history of the Great Lakes. The artifacts range widely, from buttons to entire vessels. Here are some of my favorite artifacts in our collection:

The museum’s collection includes several historical boats, including a Great Lakes fishing tug, the Evelyn S. Built in Manistique in 1939, the Evelyn S. is an excellent example of the typical wooden-hulled gill-net fishing tug design that was once common in the area and was the iconic workhorse of the commercial fishing industry on the Great Lakes in the early to mid-1900s. In 1979, the founder of the Michigan Maritime Museum realized the importance of this vessel as an artifact of Great Lakes maritime history and acquired it for the museum. Today it serves as an exhibit on commercial fishing and an educational tool representing these once-common vessels and the important impact they had on local communities.

This souvenir hand mirror features an image of the passenger steamer S.S. City of South Haven, which was built in 1903 and sailed between South Haven and Chicago. From the mid-1800s through the early 1900s, luxurious passenger steamships sailed Lake Michigan and brought countless visitors to our area from Chicago and Milwaukee. When the museum’s Maritime Heritage Center opens this summer, this artifact will be in our newest exhibit, Full Steam Ahead: The Golden Age of Great Lakes Passenger Steamships. The exhibit will explore, in depth, the history of these vessels, their artifacts and the people who sailed on them.

The U.S. Coast Guard has long been a significant part of the maritime history and heritage of the Great Lakes. This jacket from a 1940s U.S. Coast Guard Auxiliary uniform is one of several uniform items in the museum’s collection, which also includes pieces from Navy and commercial vessel uniforms.

The Auxiliary has played a big role in the Coast Guard, especially on the Great Lakes, helping with staffing stations, doing search and rescue, and working with communities to keep people safe on the water.

This brass vernier scale sextant dating from approximately 1900 is one of several sextants in the museum’s collection. It was developed in the mid-1700s and remained a vital navigational instrument well into the 1900s. The sextant had several uses, but its primary use was to measure the angle between the horizon and the sun or other celestial objects like the moon and certain stars to determine latitude. This brass sextant, over 100 years old, is a beautiful example of some of the historical navigation instruments and tools that were used to sail the world.

This life ring is from the 266-foot-long Great Lakes freighter Andaste, which was launched in 1892. The Andaste famously sank in a gale on Lake Michigan in September 1929 while sailing from Grand Haven to Chicago. All of the 25 crew members onboard were lost. After the sinking, wreckage from the ship, including this life ring, began washing ashore on beaches from Grand Haven to south of Holland. The life ring is one of many artifacts at the museum that tell the somber story of the shipwrecks of the Great Lakes.

Eric Harmsen has a degree in archaeology from the University of Wisconsin-La Crosse and has worked for several years in the field of museum collections manage-ment and Great Lakes maritime history. Harmsen has worked as a crew member on the Michigan Maritime Museum’s tall ship, Friends Good Will, and is currently the administrator and curatorial specialist at the museum.