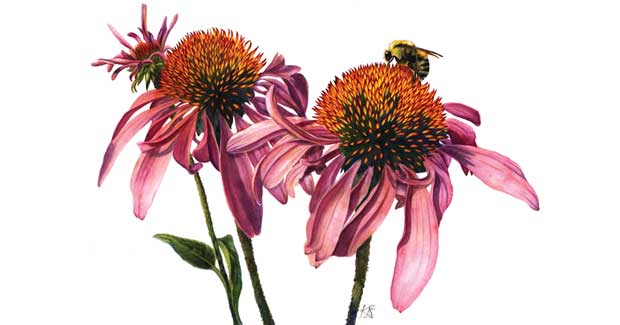 Many artists can draw a flower, but Kristina Spitzner’s flowers are both scientifically accurate and beautiful.

Spitzner, who has a small studio in her Plainwell home, specializes in botanical art, producing extremely detailed representations of plant life. It’s an art form that is in demand for scientific illustrations but can also be appreciated as decorative art. Spitzner says she is one of only three such artists in Michigan.

The 51-year-old watercolor artist says she prefers to use real-world specimens in their natural environment to create her art so that she can capture details such as the subtlest shades of color in a plant’s leaves. Michigan’s frequently changing weather, however, makes that difficult.

“When it’s summer I’m out a lot, I have a field kit (featuring a camera and several other tools for collecting and storing data on plant life), and I go out and do a lot of drawing and photography and I store up those things,” she says. “It’s always best to work from live specimens, and that is how we were taught, because you can look around it, you can turn it, and get more accurate colors.”

The weather is part of the reason why there are so few botanical artists practicing in Michigan. It’s not just the weather, however, that makes this art form challenging. Even when Spitzner does have a live specimen to work from, much can change during her field work, such as a plant moving to follow the sun or wilting before her project is complete.

Seeds of a career

Spitzner didn’t begin her career as a botanical artist. She graduated in 1984 with a graphic design degree from Ferris State University. She worked in that field for various publications and advertising agencies for 25 years, until graphic design became a digital medium.

“I would have had to go back to school and start over in graphic design because when I studied that, we didn’t even have computers,” she says. “You’d cut with a knife and paste with glue.”
A decade ago, Spitzner decided that graphic design wasn’t what she wanted to do anymore. Spitzner and her husband, Joel, had moved to Plainwell after years of other moves because of Joel’s service in the U.S. Air Force.

“We moved back to this area (Plainwell) about 10 years ago,” says Spitzner, who grew up in Plainwell. “This (the Spitzners’ current home) was going to be temporary. It was a rental house, but I decided I didn’t want to go back to that corporate world of advertising and deadlines.”

“I was trying to find a direction for my art,” she says. “I’d been doing watercolor for a while, but I wanted to do a more focused study and I came across an article for this program.”

Kew Gardens’ program was a three-year distance-learning course in traditional botanical art in which a different master artist would teach each month. The program accepted only 25 students, and in 2010 Spitzner was one of them.

At the time, the program wasn’t using video communication tools like Skype or YouTube for teaching online classes. “They had a whole list of assignments, and it came in a big box each month,” Spitzner says. “You’d do all of the assignments and mail it back, and then they would send back pages of critique. And then you’d cry and do it again.”

She completed the program four years ago and is now a member of the American Society of Botanical Artists, which helps her connect with other artists as well as sell her art through various galleries and to collectors across the United States.

Spitzner also turns her art into textiles. She has her designs printed on fabric through Spoonflower, a custom fabric manufacturer. The fabric can be sold by the yard or made into pillows, towels and other textile objects that she sells online through her studio, Redbriar, and vendors like Fine Art America, Pixels.com and VIDA. Locally, her works are available at Marketplace at Mezzo, in Otsego, and art fairs.

Spitzner says selling her art in textile form gives her a very good return, especially because she doesn’t have to create new pieces for the textiles.

Selling work at “a few art fairs can fund the next project, if I’m going to do a big painting and need to be in the studio for a while,” she says.

For the past year, Spitzner has been part of the Guild of Natural Science Illustrators, working to get her art used in scientific publications. So far, her art has been included in educational and informational pieces for conservation or promotional projects for local organizations like the Kalamazoo Nature Center.

Her art has also been featured in exhibits by the Guild of Natural Science Illustrators and the Society of Botanical Artists, in both the U.S. and the U.K.

But ultimately, Spitzner says, she’d like to help her art form grow in popularity a little closer to home, specifically in northern climes.

“I hope to spread appreciation of botanical art here to the north, where it is very rarely practiced.”

Meet Kristina Spitzner and see her work during the Sept. 8 Art Hop. She will be showing her work from 5–9 p.m. at The Spirit of Kalamazoo, 154 S. Kalamazoo Mall. 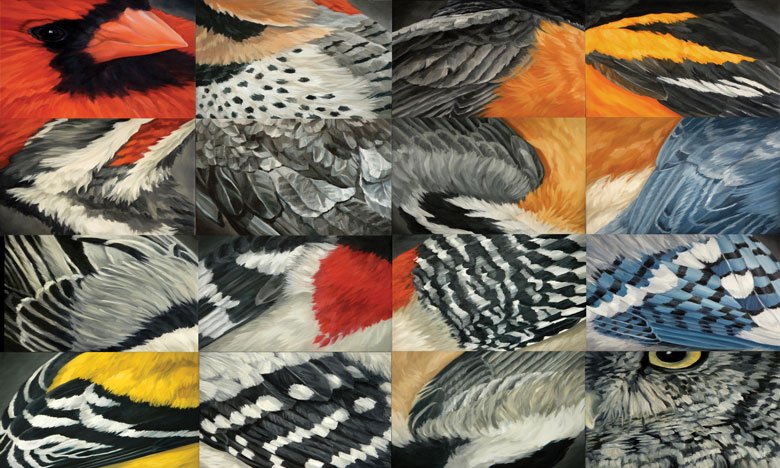 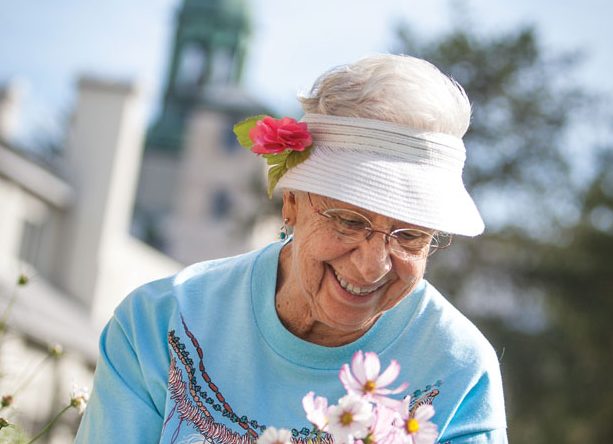 Grace of the Garden

At 91, this nun brings others fresh food, flowers and fun 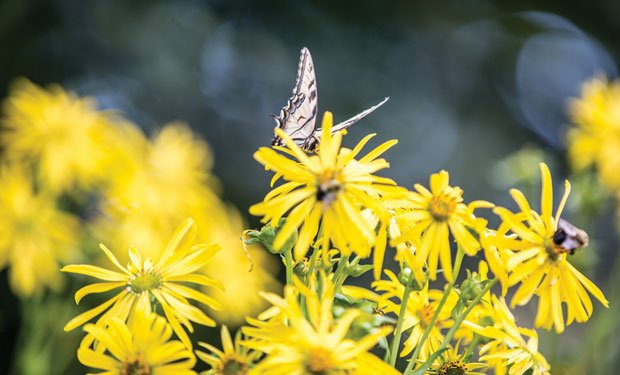 Improving the environment one yard at a time