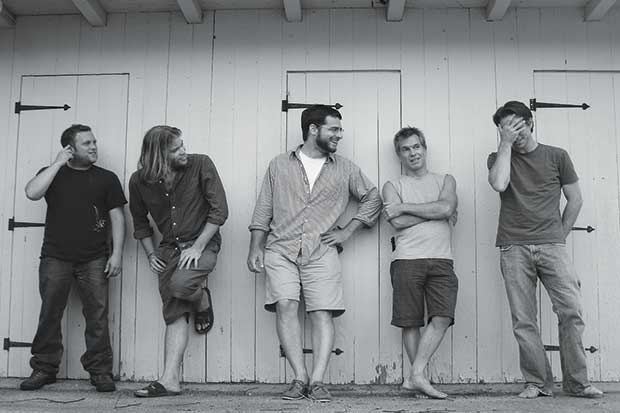 Who Hit John? will be one of the many acts performing at the Kalamazoo Fretboard Festival.
Acoustic music abounds at annual celebration

Where can you find a luthier, lap steel guitars and lots of local musicians?

Try the Fretboard Festival at the Kalamazoo Valley Museum March 21. This is the 10th anniversary of the annual festival, which celebrates guitars, guitar-makers and any kind of stringed instrument. At the free event, bands will play, instructors will help people with their first lesson and vendors will offer everything a musician could ever want.

“There’s a lot of talent in this town,” says Chris Falk, special events coordinator at the Kalamazoo Valley Museum. “It’s a celebration of Kalamazoo musicians, or those that play here on a regular basis.”

The museum regularly features local musicians in its Friday Night Highlights series during the winter and spring, and the success of those events led to the creation of the Fretboard Festival in 2005. While it is currently a one-day event, Falk says its growing popularity is making him consider stretching the festival to encompass a weekend.

This year’s festival actually kicks off at 7 p.m. Friday, March 20, with a concert by The Real Fantastics, a Kalamazoo-based “classic soul” group (think Aretha Franklin).

Last year’s festival set an attendance record of 2,800; Falk expects to see more than 3,000 this year. Most attendees are from Michigan or nearby Indiana and Illinois, says Falk, although musicians from as far away as New Orleans have attended before. When Falk took over coordination of the festival in 2012, eight bands were on the agenda, with local musicians leading five workshops, and 12 local businesses in the festival’s vendor area.

This year’s festival will have performances by 13 bands and offer 11 workshops, from a “play with anyone and everyone” for those new to the guitar, to “Kalamazoo Gals,” a presentation on the history of Gibson guitars produced by women during World War II. This year’s performers include several from Kalamazoo, including Who Hit John? and Mark Sahlgren and the Fragile Ego (if Sahlgren’s name sounds familiar, you may be a fan of “Grassroots,” his acoustic music show on WMUK radio each weekend.)

Other performers, true to the original intent of the festival, are making it a stop on their ongoing tours.

One of those acts is the duo Don Julin and Billy Strings from Traverse City, who will close out the festival at 5 p.m. “On the west side of Michigan there’s a scene, a lot of cool music,” Julin says.

In addition, folk and country singer Bob Rowe is returning to the festival this year and bringing something new along: a camera crew. His performance with the Green Valley Boys will be filmed for “Instrument of Healing,” a documentary on his work bringing traditional music into senior care centers, or “bringing the old songs to Grandma and Grandpa,” as he puts it. The film is set to appear on Netflix and WGVU once it’s complete. For now, though, Rowe says he’s glad to come back to the Fretboard Festival.

“It’s an opportunity to catch up with old friends,” he says. “The people that come there love music. You don’t have to do a lot of work to win them over.”

The festival concentrates on acoustic instruments and welcomes musicians of all skill levels.

“There are bands that have electric guitars, but the focus is on folk and blues,” Falk says.

Bands will perform starting at 11 a.m. on three stages inside the museum. A new highlight for the 2015 festival is the tower stage, a place for children to try out instruments and sing. BenJammin Educational Music, a Vicksburg-based duo specializing in upbeat, learning-based music for kids, will perform three concerts there, and children will be invited to come on stage and play along.

“Our performance is scaled to who’s in front of us,” from pre-schoolers to eighth graders, says Ben Gauthier, one-half of Benjammin. “It’s all interactive, with lots of percussion.”

Every song in Benjammin’s repertoire is learning-based, from “Wash Your Hands,” which is about exactly that, to “Introducing the Cell,” which describes the basics of biology. While Benjammin’s music is aimed at children, education is part of a lot of folk music, Gauthier says.

Each year the festival hosts a Play-In Contest, set this year for 8 p.m. March 6, at which performers try out for a spot during the festival and to join the lineup of the museum’s Friday Night Highlights for the next season. Previous winners include Kalamazoo guitarist Bryan Warren and the Turnips, a blues-rock band out of Big Rapids.

“It doesn’t matter who comes through the doors, you’ll find something to enjoy,” Falk says. 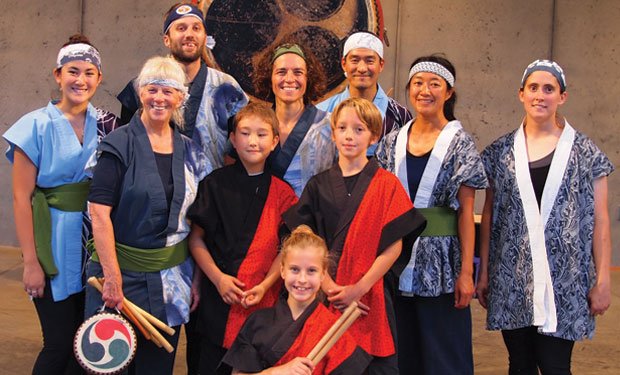 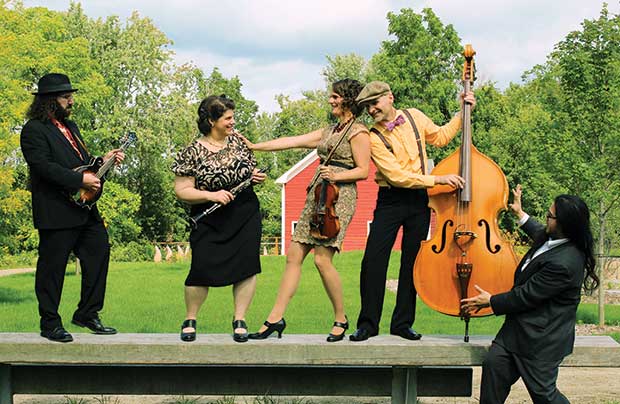