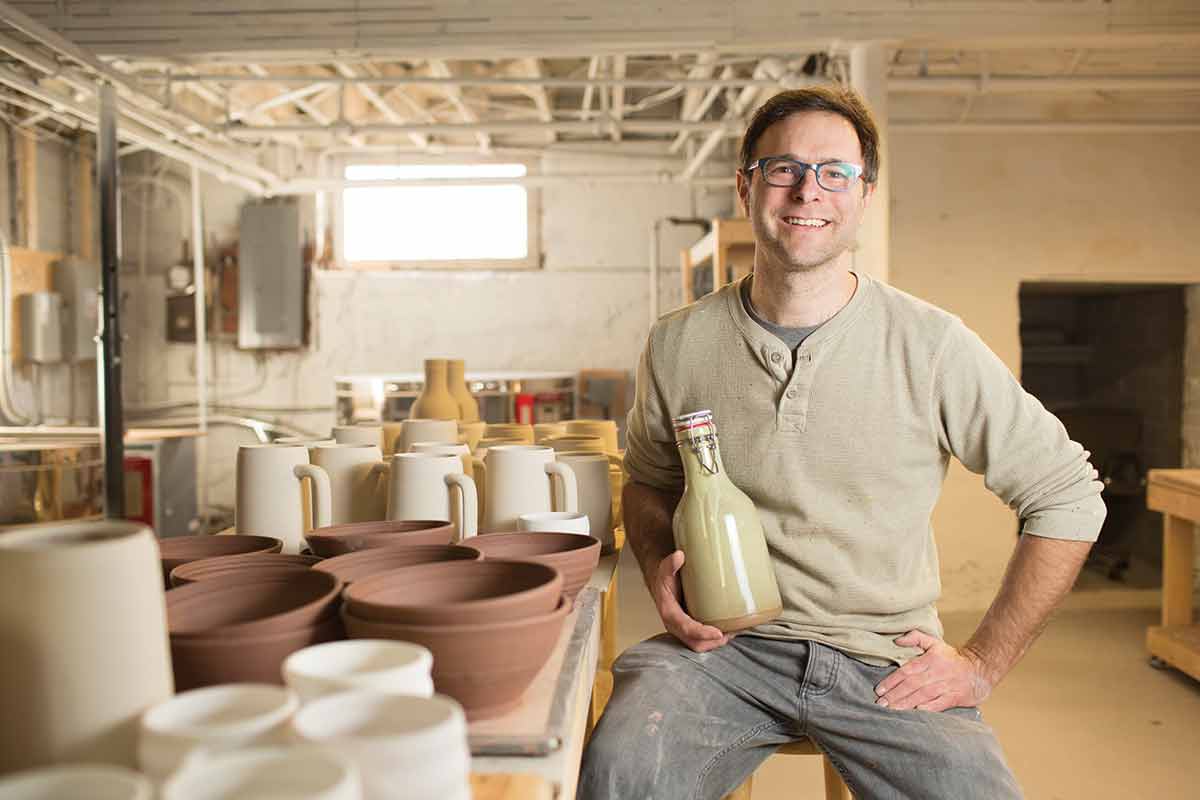 In the basement of the Reality Factory, at 213 E. Frank St., in Kalamazoo, sculptor and ceramicist Shay Church is crouched down side-by-side with an electrician, scoping out connection options for two electric kilns Church ordered for his new studio, Grayling Ceramics.

Church bought the kilns with money raised through a Kickstarter campaign in the fall of 2014. A total of 203 backers pledged $20,000, and Church not only used the money to buy the kilns, but he rented and cleaned up his new studio space and began producing an inventory of handmade clay creations — cups, bowls, steins and growlers.

“The idea of having my own studio has always been in the back of my head,” says Church, who is also a part-time ceramics instructor at Western Michigan University. “I’ve been thinking of it for a very long time, and even though I didn’t know what to expect in the Kickstarter process, it’s worked out almost exactly as I hoped it would.”

Part of the reason Church’s Kickstarter campaign was so successful, he says, is because he was consistently engaged with it. He hired videographers to translate his story into a video that was featured on the Kickstarter site, and he built in a tiered gift system on the site to give back to all of his supporters.

Church raised about $4,000 more than his goal of $16,000 and now uses his Kickstarter page to keep backers updated on his progress. The page includes images of him power-washing the studio space, making new molds and installing the new kilns. For Church, the Kickstarter campaign didn’t end when he received funding — he wants to build a community around the products.

“I just want to be from the heart,” he says. “From the beginning, I wanted people to know what I was thinking, what I was planning and what the potential could be.”

Church says the Kalamazoo area is the perfect place to organize private artisan funding because of its arts community.

“There are a lot of good, young, curious people here,” he says. “I’ve lived all over the United States, but I just kept coming back here.”

Church, who is originally from Saginaw, lived in Omaha, Neb., Richmond, Va., and San Jose, Calif., before deciding to put down roots in Kalamazoo with his wife and two children. After graduating with a B.F.A. from WMU in 1994, Church apprenticed with Japanese ceramicist Jun Kaneko for two years in Omaha. Church completed an M.F.A. in San Jose, taught in Richmond, Va., married, had children and moved to Kalamazoo.

Before starting Grayling Ceramics, Church was known for producing large-scale clay sculptures of wolves, whales and elephants — sculptures that were erected temporarily in unused industrial spaces such as abandoned factories and neighborhoods or as exhibitions in galleries. One whale is in permanent residence at the west entrance of WMU, near the Faunce Student Services building.

Church’s current work at Grayling Ceramics has a unique look – natural brown clay kiln-fired pieces dipped in chartreuse, green and blue glaze so that the bottom remains unglazed. Each piece includes a sketched fish, moth or other native Michigan imagery. Church says the look and feel of these works are meant to mimic the ecosystem and natural beauty of the Great Lakes area.

“This style has been the result of my evolution over maybe 20 years,” says Church, who explains that there isn’t one clear origin or explanation of the visual quality of his work now. “I’ve been developing this for a while, and I can never really stay in one place for too long either. I’m going to play with functional object conception, and I’d also like to evolve to porcelain.”

Church’s pieces are for sale online and you can learn more on their Facebook page, but Church says if folks come by the Reality Factory building (which is also home to 1977 Mopeds and Read and Write Kalamazoo), they can stop downstairs and see if he’s in.

“I want people to feel welcome to come down here and visit the studio,” he says. “I’m not always here because I teach too, but if I am, I’d love people to come on down.”

“There are a lot of good, young, curious people here. I’ve lived all over the United States, but I just kept coming back here.”
— Shay Church 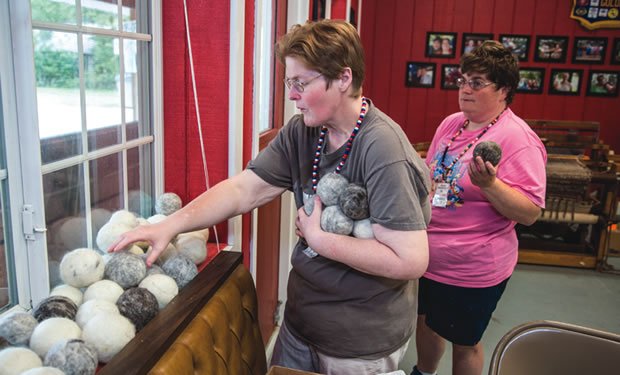 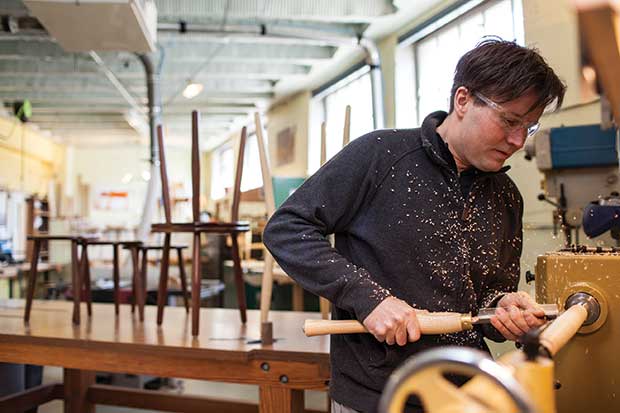