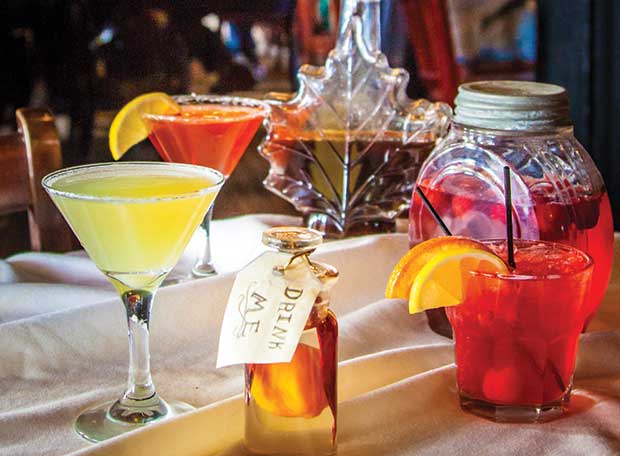 Local venues create their own syrups, jams and pickled foods

Once a staple of The Greatest Generation, at-home food preservation is heating up again, along with at-home condiment preparation. Pinterest, cooking magazines and recipe websites such as Bon Appetit, Epicurius, Food Networkand Better Homes and Gardens are chock full of recipes for homemade jams, sauces, syrups and pickled foods.

“Preserving food cannot be considered new and trendy,” said New York Times writer Julia Moskin in a 2009 article about the resurgence of canning. “But the recent revival of attention to it fits neatly into the modern renaissance of handcrafted food, heirloom agriculture and using food in its season.”

It’s no accident, say sources such as the Wall Street Journal, Slate, Seattle Magazine and National Public Radio, this revived interested in food preservation through canning and pickling coincided with the Great Recession. People’s desire to save money, use local produce and food sources, and pull back to slow, home-cooking methods has continued trending ever since purse strings started to tighten in 2008.

Depression-era cooking methods such as canning and pickling can prove tricky to master. Locally, Fair Food Matters and Tillers International offer classes on how to properly make homemade foods and prepare foods for preservation. If you’d rather leave trendy food preps as beautiful pins on Pinterest and nothing more but still desire that homemade taste, many local restaurants offer canned, homemade sauces, jams, syrups and pickled goods. Here’s a small sample of where you can find such foods:

Old Dog, at 402 E. Kalamazoo Ave., dishes up a plethora of throwback foods, from infused simple syrups such as habanero, ginger vanilla, brown sugar cinnamon nutmeg and cherry vanilla flavors, for use in signature cocktails, to pickled vegetables for Bloody Marys. Old Dog even features a homemade mustard made from a recipe that originated on owner Sean Smith’s Irish side of the family, the Dorgans. Hence its name — Dorgan’s Mustard.

“I found the handwritten recipe in Sean’s mom’s house,” says tavern co-owner Amy Smith. “I made the mustard and copies of the index card it (the recipe) was written on and gave it as a gift to the whole family. The family used to put it on everything from corned beef to pastrami.”

After resurrecting the recipe, Amy Smith made it a part of Old Dog’s menu, adding the mustard to the tavern’s repertoire of old-fashioned, home-cooked foods. While old-fashioned foods like this are popular now, Old Dog Head Chef Eric Boodt says he’s driven by something other than following a trend.

“Our focus here is food made from scratch, from good ingredients,” says Boodt, who prepares all the foods, including the pickled vegetables and simple syrups for the bar.

Old Dog also boasts one of the most traditional bar foods ever — pickled eggs.

“You can almost spot someone in the pickled egg crowd coming in the door,” jokes Boodt, who says the pickled egg is a favorite snack at the tavern. “It’s one of our biggest sellers.”

“She had a large farm and an abundance of blackberries and raspberries, so she would make freezer jams,” Dotson says. “The whole house would smell just amazing.”

“It’s so easy,” she says, “and the customers love them. They’ll always say ‘Wow! Really?’ when you tell them we make them in-house. It’s a moment you wished you had put flour on your face and made it a dramatic reveal, but it only takes about 30 minutes.”

The berries Dotson uses for her jams come from local farms such as VerHage and Brookside because knowing where ingredients come from is very important to her, she says. Jars of the homemade jams are available for sale at the restaurant.

Liz Comrie is Water Street’s operations director. “Before we started making our own chocolate sauce,” she says, “we were using” — she hushes her voice and cups her mouth as she finishes her sentence — “Hershey’s syrup.” Then Comrie laughs and adds, “Just kidding. A lot of people love Hershey’s syrup. It’s a great product. But Mark (Smutek, Water Street’s owner) came to us and asked if we could do better.”

After much experimenting with 10 different cocoa powders and thorough testing to make sure the new syrup complemented Water Street’s coffee perfectly, Comrie is confident she and her staff have created something better.

“It’s a darker, richer sauce and a better-tasting product,” she says.

Try it at home

For canning, pickling and homemade sauce and syrup ideas and recipes, visit Encore’s pinboard at Pinterest.com/EncoreKalamazoo. 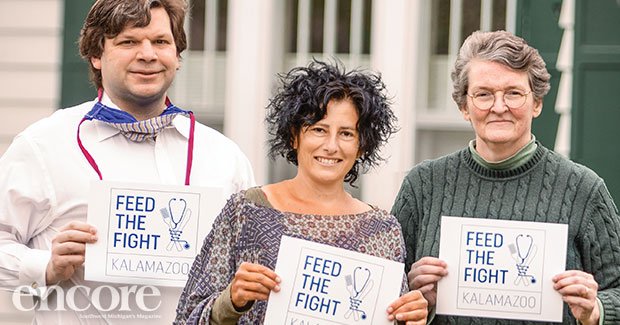