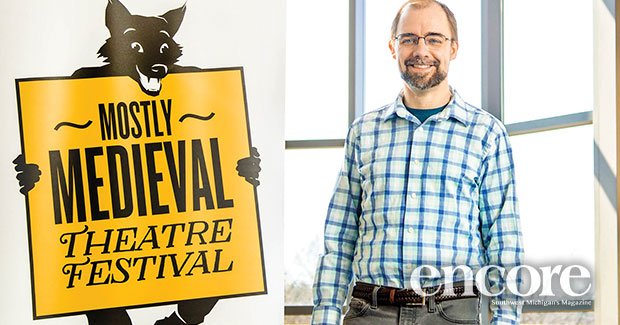 The sale of husbands, the #MeToo movement and “the powerful Aliénor of Aquitaine, mother of kings” will all be featured in this year’s Mostly Medieval Theatre Festival.

The festival is part of the International Congress of Medieval Studies, held May 9—12 at Western Michigan University. Four productions will be staged during the festival, and the general public is welcome to attend. The festival was first presented at the 2017 Medieval Congress and was such a hit it was revived for this year.

Lofton “Lofty” Durham, a WMU theater professor and the mind behind the festival, wants everyone to know that medieval theater is far more relatable than it sounds.

“(People think medieval) means it’s all religious,” he says, “that it’s all kind of twisted or all kind of sophomoric or all sort of elementary. Actually, no, this stuff is sophisticated. It’s interesting.”

“Interesting” takes many forms in medieval theater. Sometimes, Durham says, the plays are just “completely bizarre,” as is the case with Esmoreit, a play performed at the 2017 festival that’s about a woman imprisoned for life for murdering her son, who, when he is an adult, just happens to be seen by her as he walks by the window of her cell.

Husband Swap, or Swap Meat (Le Trocheur de maris), part of this year’s festival lineup, is a French farce about women who are tired of their husbands and are approached by a husband seller offering them “new models.”

“You don’t have to have things make sense all the time for them to be enjoyable,” Durham says. “Why would anybody care about a spider and a pig being friends (as in Charlotte’s Web)? Well, actually, it’s a great story.”

Medieval theater can be comedic, he says, as in Lippijn, a story of a man who is gaslit into allowing his wife to cheat on him, or dramatic, as in Esmoreit, in which a kidnapped baby (the one his mother was jailed for allegedly killing) returns home and becomes king. Contemporary reimaginings of these two Middle Dutch plays were performed in a double bill at the 2017 festival.

What’s surprising for many people, Durham says, is how modern these medieval plays can seem thematically.

“If someone tells you that you’re medieval, it’s not a compliment,” Durham says. “It means that you’re retrograde in some way, you know, extra patriarchal. There’s this idea that the Middle Ages is all about religion and church.”

That idea isn’t accurate, though, he says. The Middle Ages spanned about 1,000 years and included many more cultures than people realize, both within and outside of Europe, Durham says.

A play in this year’s festival called Time’s Up is an adaptation of The Conversion of the Harlot Thais, by Hrotsvit of Gandersheim, a 10th-century German Christian writer. The adaptation aims to suggest parallels between the original play and the internet-based #MeToo movement about women’s empowerment over sexual harassment and exploitation.

“What’s really interesting about Hrotsvit is that she’s the first playwright who we have evidence of from after antiquity, so (she is) the first female playwright,” says Jenna Soleo-Shanks, an assistant professor of theater history at the University of Minnesota-Duluth who is bringing the play to the festival.

The Conversion of the Harlot Thais is a story of the “most infamous prostitute of her day,” says Soleo-Shanks. Thais was originally a character from a popular pagan playwright, but Hrotsvit didn’t approve of that playwright’s non-Christian stories so she wrote her own about Thais “being saved” and going to heaven.

“All of her six plays — what I see as their commonality — is that they focus on women and specifically not just sort of the conversion of women but the violence against women’s bodies,” Soleo-Shanks says.

This play “asks a lot of the same questions” that have been asked in and around the #MeToo movement, she says. At the beginning of the play a character calls Thais’ sexuality an “injury” to the universe.

“I don’t know that we have anyone in our society in 2019 who would say that, exactly,” Soleo-Shanks says, “but metaphorically I feel like that kind of an attitude is really at the foundation of what the #MeToo movement is reacting to: the idea that women are objects, the idea that a woman’s sexuality is dangerous.”

Adapting this play took some work, she says. First it had be translated from Latin, and then stage directions had to be added because there were none in the original text.

“We’re looking back to this artist who existed in a completely different culture with different priorities, writing in a different language for different people,” she says. “And we’re collaborating with her and we’re sort of changing our focus to suit what we think people today would need from a play.”

This is a common practice in bringing medieval plays to a modern audience, says Durham. Scholars have to translate old languages and old cultures in order for the plays to be comprehensible. Durham has adapted and directed a few plays and will participate in the translation process if the text is in French.

“When I do my own translations, I’m always thinking about play-ability and how to make it sound like an American, 21st-century (person) could have those words in their mouth,” he says, “and so that means that you probably do some direct translation but then think about how to phrase it or how you would say that same idea without twisting up your words.”

Durham says he “accidentally” learned about medieval theater while in graduate school for 20th-century theater. He says he was shocked to learn how intricate and unique medieval plays were. He was “blown away,” for example, by a play about Christian conversion that had a 20-page scene of a dice game and characters trying to steal liquor from a bar
.
“I was like, ‘People have been hiding stuff from me,’’’ he says. “I (was) over here in the professional world going, ‘Ooh, I’m so interesting. It’s so interesting to break the fourth wall. That’s so innovative.’ And then I realized, ‘Oh, my God, the stuff I don’t know would fill the theater.’”

Breaking the fourth wall is actually common in medieval theater. Characters will turn to the audience to offer their inner monologue, as is often seen in Shakespeare, but they will also ask the audience for support, go into the audience to beg for money or accuse audience members of having sex in the theater.

That last example was part of Shannon Fleckenstein’s role of godmother in the 2017 festival production of Lippijn. She also looked through the audience to find an elf accusing audience members of hiding it.

“That was very funny,” Fleckenstein says. “Most plays don’t do that sort of thing. But I enjoy breaking down the fourth wall. It helps get the audience involved more.”

At 44, Fleckenstein has been a part of community theater in Kalamazoo and Hillsdale for more than 20 years, but the medieval theater festival was unlike her previous work.

“I got to perform with people who have legitimate training,” she says. “I got to be directed by Lofty, and that was just such an incredible experience for me.”

Durham remembers attending the Medieval Congress when he began working at WMU about 10 years ago. He says he was “roped into” participating in a 12th-century performance piece at the congress by Clifford Davidson, a professor of English and medieval studies, and Davidson’s wife, Audrey, a musician.

“I enjoyed that initial experience,” Durham says, “and then a couple of years ago I started thinking, ‘Why don’t we have better performance opportunities at the congress?’ I had done a couple of performances at the congress, and they were always in, like, a conference room. Like, ‘Oh, let’s do a show in a conference room.’ It just feels so amateurish and elementary school.”

Durham began having conversations with people at the congress and within WMU’s theater department about doing something bigger, with higher production values and for performances to take place in a theater.

“After a while you stop saying it and you start thinking, ‘Oh, I’m going to do it’,” he says.

In 2017, Durham “did it” with the inaugural Mostly Medieval Theatre Festival. He raised $20,000 from the congress to start, and the festival sold 700 seats in total.

That year Durham directed two of the shows himself, and the rest came from local organizations or touring productions.

This year the performers include troupes from the University of Minnesota-Duluth and Virginia’s Radford University as well as the Toronto-based Pneuma Ensemble and House of Cards and Better Call Saul actress Suzanne Savoy.

In the future, Durham says, he wants the festival to include non-European medieval works, including those from Arabic and Japanese cultures. He also says he wants more people from the local community to come to the festival.

“I mean southwest Michigan, that’s a really interesting area. There’s lots of interesting people in the arts,” he says, “so if I had a goal for when (the festival and congress) happen, I’m trying to figure out how to demystify it for people who live here, have them understand.”

A night of absurdity pairs up a play about Teodora, a wannabe saint from Romania who seeks fame rather than faith, with one about three dissatisfied wives who meet the Husband Trader and get the men of their dreams — or not.

Je Christine and Aliénor
8 p.m., May 9, performed by Simonetta Cochis and Ron and Janice Cook

Problematic Men
8 p.m. May 10, performed by the Pneuma Ensemble

Performances of the Latin comedy Babio, the Middle English Dux Moraud, and the Latin lyric Samson Dux Fortissime will be given in the original languages, accompanied by period instruments.

Time’s Up
8 p.m. May 11, performed by a University of Minnesota–Duluth troupe

This adaptation of the 10th-century play The Conversion of the Harlot Thais suggests powerful parallels between the plot of the play and the challenges of 21st-century women.

General-admission tickets for each show are $15, and all performances take place at WMU’s Gilmore Theatre Complex. Doors open at 7:30 p.m., and performances will be followed by a talkback between the audience and the performers. 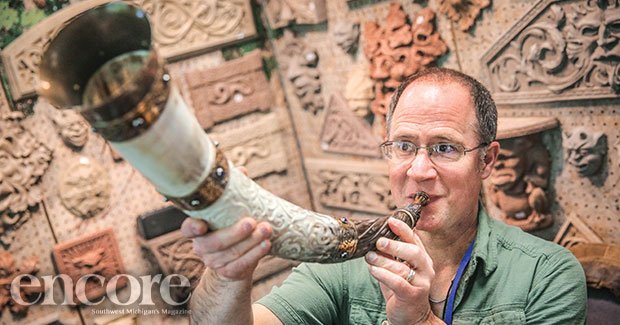 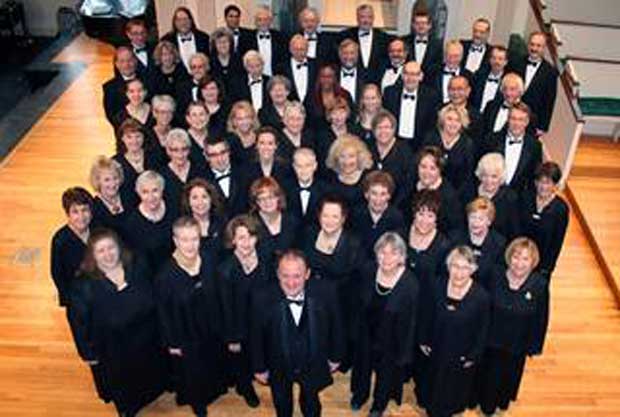