Ernie Pang says when someone who has eaten one of his Simply Eight snack foods says to him, “Thanks for making a better product,” it is the best compliment he could receive.

Pang is the founder and chief simple officer of Simply Eight, a Kalamazoo company dedicated to offering minimally processed packaged snacks created with no more than eight simple kitchen pantry ingredients. Pang started the company after a shopping experience with his then-13-year old son in the frozen foods section of a grocery store.

“My kid was a lot younger back then, and kids are curious,” Pang recalls. “One day he picked up a frozen dinner and asked me, ‘What are these?’” while pointing to the ingredients listed on the package.

At first, Pang replied, “Just food.” Then he took a closer look.

“I never looked at it (the ingredient list),” Pang explains. “It’s not something you look at, right? And then I’m looking at it going, ‘I don’t know what any of this stuff is.’ Like mono-diglycerides, methylcellulose, yellow 6 and red 40.”

For a while, that revelation spun around in his mind, and then Pang — who had a 20-year career as a marketing executive at several consumer packaged goods companies, including the Kellogg Co. and Slim Fast Foods Co. — called a friend, Jeff Grogg, who had 20 years of research and development experience in the food industry.

“Why is all that crap in there?” Pang asked Grogg. The answer: One, it makes the product less expensive to produce, and, two, it makes it taste great.

Then Grogg offered a question in return: “Why do you ask?”

The Start of a New Snack

Pang knew many people wanted a healthier snack product — one with real, not artificial, ingredients. So he read. He studied. And he pulled together others with extensive industry experience — Grogg, now Simply Eight’s food magician; Jim Swoboda, the company’s sales guru; Phil Straniero, Simply Eight’s trade dynamo; and Larry Beyer, chief money man. (Yes, those are their actual titles.)

Simply Eight has no brick-and-mortar location. Pang lives in Kalamazoo, while other team members live in Richland, Battle Creek and Grand Rapids. The team outsources everything to experts that they know and trust, and they meet every day via computer while their products are produced by a factory in upstate New York.

“We have these meetings just like you would in a meeting room in an office — except we’re virtual,” Pang says.

By choosing the name Simply Eight, Pang says, the company put a stake in the ground that its products would not have more than eight ingredients and that those ingredients would mimic those in recipes found in a made-from-scratch cookbook — such as real sugar, flour and chocolate chips. The company then went to work on creating a better granola bar and cookie.

Pang likens the start-up process to playing baseball, explaining that you can’t expect to hit a grand slam the first time you get up to bat.

“I could tell you some horror stories about the first time we made the bars,” Pang says. “It tasted fantastic — for three months — and then all of a sudden, one magical day, it all fell apart.”

Literally. The granola bars crumbled. The team realized that an incompatibility among ingredients had occurred because they weren’t using the “traditional systems” to put food together. Pang explains that the “traditional systems” are what modern food science has developed over the last 30 years, systems that emphasize addictive taste and use ingredients and processing methods that keep costs down, for greater profit.

Real peanut butter, on the other hand, adds more moisture to a recipe, which may not be compatible over time with the other ingredients. So in order to use the natural ingredients Pang desired, the Simply Eight team had to go back to the drawing board.

“It was very costly,” Pang says. “We had to pull a lot of the products back. We had to stop and rework completely from ground zero, and we finally got something we were proud of. It took about a year.”

Pang takes these adjustments and setbacks in stride, saying that being an entrepreneur requires a mindset of patience and flexibility. Case in point: Pang paid a hefty amount to manufacture the peanut butter granola bars’ packaging, only to watch box after box pitched into the trash right off the production line. He learned that it takes many runs and adjustments for the machines to properly fold and glue the boxes of a new product.

“It’s like a new car and you’re not familiar with where all the buttons are,” Pang says. “It takes you a little bit of time to figure that out.”

Although he knew this, it didn’t make it any less cringe-worthy to watch those pricey boxes plummet into the garbage.

Getting the granola bars and cookies — which are all named Junkless — into stores has been an uphill climb. Simply Eight competes with industry giants like Nabisco and Kellogg to earn space on store shelves. Pang says 95 percent of the shelf space in stores is controlled by a handful of companies, so if a company like Simply Eight does gain a spot, it is usually on the lowest shelf.

“How do you shout like a beacon to shoppers going by, ‘Hey! I’m here!’ from down there? It’s a very, very challenging situation,” Pang says.

If shoppers examine the ingredients of some major brands’ strawberry granola bars, they might notice that there are no strawberries, but instead fruit pieces — generally apple — that are flavored to taste like strawberries, says Pang. That’s because real strawberries are expensive.

“We just offer fewer strawberries in there in order to make it up,” Pang says. “We have to, but we’re not going to use any fake ingredients.”

Junkless bars and cookies are currently available on Amazon and in some Family Fare grocery stores in Grand Rapids. The company also has cookies in 160 locations of Safeway and Albertson’s stores in Oregon, 60 Lucky stores in the greater San Francisco area, some Kroger outlets in the mid-Atlantic U.S. and all 48 Fresh Thyme stores, natural, organic grocery stores owned by Meijer Inc. Soon, Pang says, the D&W Fresh Market on Romence Road will carry Simply Eight’s chocolate chip granola bars.

Simply Eight is ramping up its efforts to get into more stores. Pang says trends for healthy-concept products, such as the Junkless treats, start on the West and East coasts and move inland, so the company has “many irons in the fire” in those areas.

Pang says that being an entrepreneur isn’t for the faint of heart and that many people have misconceptions that entrepreneurs make millions, while in reality very few achieve that level of financial success. “Some of those senior executives (at big food corporations) have a contract, and they get a parachute (severance pay, stock options and/or cash bonuses specified in a contract’s golden parachute clause) when they leave,” Pang says. “As an entrepreneur, you don’t.”

Despite the challenges of being an entrepreneur, Pang says making a healthier “junkless” snack is worth it, “because you know there’s something not right and you want to fix it.”

“I could tell you some horror stories about the first time we made the bars. It tasted fantastic — for three months — and then all of a sudden, one magical day, it all fell apart.” 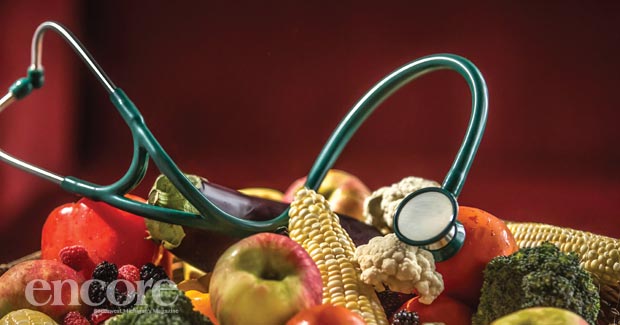 The prescription for health is on your plate 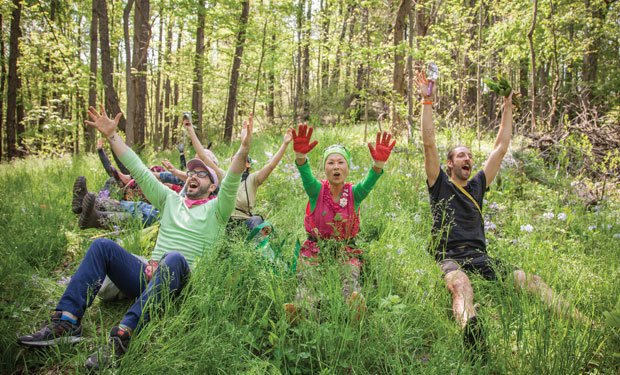