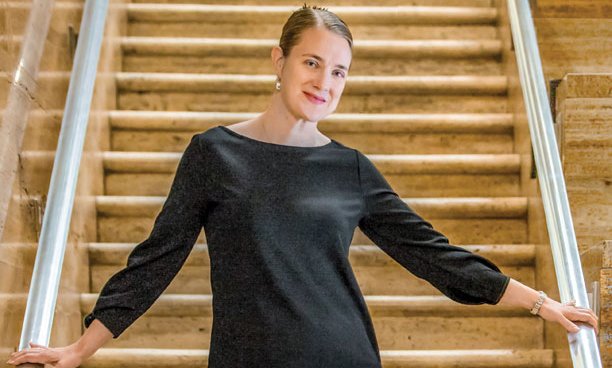 Laura Lam admits that her role overseeing the city of Kalamazoo’s new Foundation for Excellence, the $70.3 million philanthropic approach to sol-ving the city’s budget problems, can be a daunting task, but it’s not the first challenge she has faced.

When Lam was working in mental health advocacy in Chicago, she became a professional bingo caller “because working for nonprofits in Chicago, where do you get your money but from calling bingo?” she says.

“Every Saturday night for two-plus years I’m on the North Side of Chicago calling bingo. It was by far one of the more challenging positions I’ve ever had because you have one happy person and 299 people who are mad. You need to learn to work a room in a way that lets you leave at night.”

I am a proud Kalamazoo Public Schools graduate (Loy Norrix High School) and went to Kalamazoo College, where I majored in human development and social relations. I did student organizing through a class called the Building Blocks Program, where my role was to help people understand what they wanted to fix in their neighborhoods and how to take these matters into their own hands. Helping people change and take control of their lives just kind of stuck with me.

I worked as a community organizer on the South Side of Chicago and then worked for the city of San Jose, California, in its Strong Neighborhoods Initiative Program. Coming from Chicago, where I had been fighting city hall, I had sort of a negative view of cities and I thought progress was going to occur in spite of cities. But San Jose had this true spirit of partnership between its residents and the city, and it made me think, “What if you’re able to organize the community and city hall to be in partnership with each other? Wouldn’t that get you farther?” I saw the power of cities being partners with community to get things done and where residents can guide the work.

After nine years enjoying the lack of winter, I realized it was time to move back. A community development manager position opened with the City of Kalamazoo, and my husband is a software engineer who can work remotely, so in the summer of 2009 we packed up the car, the dogs, the 1½-year-old, the bikes, drove across country and didn’t look back.

What does overseeing the Foundation for Excellence entail?

The Foundation for Excellence is about three things: stabilizing the city’s budget, reducing property taxes and investing in aspirational projects. My position is to prepare and organize the city to keep track of those three elements over the next three years. The hope is that in three years we’ll have a successful model and have raised an endowment large enough to allow this model to continue in perpetuity.

Do you find the challenge daunting?

Absolutely. When I was in San Jose, there were about 250,000 people in 19 neighborhoods and at night when I’d go to bed I’d think, ”How are we going to affect a quarter of a million people?” I’m still lying awake at night, but now it’s because of the opportunity. We have all the ingredients and we have the resources, so now it’s “How are we going to maximize this opportunity to its greatest extent to realize what we want to see?” It’s a fabulous challenge to have.

What do you do when you’re not working?

When I’m not chasing after my boys (ages 9 and 5), I like to go running. It’s a release for me and keeps me healthy mentally and physically. The running community here is amazing. You can’t go out anywhere without seeing someone running. And they are so dedicated — out in the winter, out in the rain. The running community here is very accessible, and I have really enjoyed it.

What is your favorite thing about Kalamazoo?

When I came back here in 2009, people would say, “What are you doing going back to Michigan in the middle of a recession?” I came back and was amazed to see in 10 years what Kalamazoo had become, the way downtown had evolved. There was hope and a spirit in this community in 2009 that said, “We understand that there are national and state issues that affect us, but we are ever facing forward.” There’s a spirit here that says, “We take care of ourselves, we take care of our own problems, and we’re going to do this.”
How do you not get excited about that? I get goosebumps just talking about it — to know how fortunate I am to be in the community I grew up, in a town I love, in this position to do this kind of work. It’s pretty amazing.

“When I was in San Jose, there were about 250,000 people in 19 neighborhoods and at night when I’d go to bed I’d think, ”How are we going to affect a quarter of a million people?” I’m still lying awake at night, but now it’s because of the opportunity. We have all the ingredients and we have the resources, so now it’s “How are we going to maximize this opportunity to its greatest extent to realize what we want to see?” It’s a fabulous challenge to have. 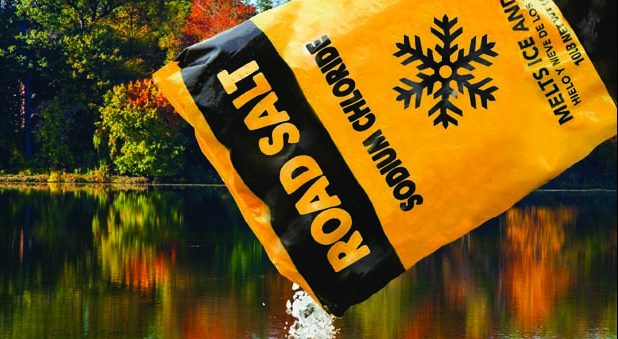