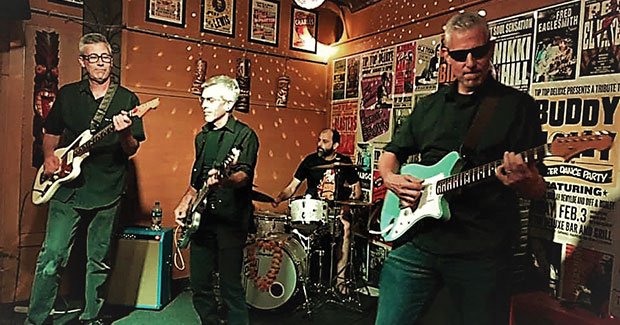 Guitar UP!
Local music acts that are must-see

Ah, summer. Its happy arrival brings outdoor music venues, concerts in the park, music festivals and lots of opportunities to see great local bands on stage. Well, at least it did before before COVID-19 so rudely interrupted all of our fun. However, we’re optimistic that live music will emerge again this summer and have recommendations of local music acts you need to see (before they become all internationally popular like Greensky Bluegrass).

Billing its music as “sad pop,” Katy Needs A Life is a musical project conceived by Katy May in 2007 and has, as its Facebook page proudly proclaims, been “bringing down the moods of parties in Kalamazoo” for more than a decade.

“KNAL specializes in what’s known in the biz as the ‘blunt’ and ‘harsh’ style,” says the band’s Facebook page. “… Truthfully, you never know what you’ll get when you see KNAL on a bill. It could be the full band playing the songs loudly and heavily. It could be a three-piece with backing tracks. It could be Katy standing alone on stage, sheepishly making weird jokes between songs, also with backing tracks.”

What you will get, however, is a chance to hear a unique local act that might make you “dance a little while you cry.”

“Guitar UP!” was yelled repeatedly by rock guitar pioneer Link Wray at his sound guy throughout a concert at Kalamazoo’s Club Soda in the 1990s. Local guitarists Shawn and Jay Gavan were at that show and decided, as an homage to Wray and that notorious concert, to make that phrase the name of their new band.

“Heavily influenced by the early ’60s era of guitar rock and instrumental surf music, Guitar UP! plays covers of classic guitar instrumentals from artists like the Shadows, Ventures, Wray and others,” says the band’s Facebook page. “They also have written their own guitar instrumentals with echoes (actually lots of reverb) of spy, surf, spaghetti western and movie soundtrack styles.”

WOWZA started as a vehicle to perform songs that local guitarist Ike Turner had lying around that didn’t fit for his other band, Out. He began WOWZA with his friend Zach Hench, of Los Angeles. They played for a bit remotely, but then an urge to play the songs live emerged organically. Turner asked buddies Franki Hand, Mark Walters and Chafe Hensley to help organize what WOWZA is today.
WOWZA’s music pulls in a lot of directions. What began with a psychedelic vibe has given way to a straight-ahead rock sound “with way-out-there freak-out parts punctuating the sound,” says Turner.

Classifying its genre as soul punk and Americana, two words we aren’t sure even belong in the same sentence, this band is a little bit of a paradox. They describe themselves as “Big. Loud. Rock & Roll” and likely to be “rolling down a highway in a busted van.” Jake Simmons & the Little Ghosts formed in 2010 and has spent the last decade traveling across the country performing in dive bars, on festival stages and everywhere in between.

They describe their songwriting as a little bit blue-collar Springsteen, a little bit Stone Cold Steve Austin, and a little bit Hold Steady-esque. They play guitar music fast and loud and boast that they are “always brash, always honest, usually with a middle finger to convention.”

The group released its first album in 2011 and has since produced two full-length albums as well as a handful of EPs and singles. Their third full-length album, 2018’s Shake So Easy, is “a celebration of their first chapter as a band and the sounds that formed their style, providing a decidedly Midwestern take on rock & roll influenced by artists like The Clash, Black Sabbath, Otis Redding and Tom Petty.

Not technically a band, but the monthly Soul Artistry Art Hops are a great way to experience not only local performing artists of different genres but also visual art as well. Yolonda Lavender, the CEO of Soul Artistry LLC, a business that provides arts consulting and events curating (among other things) puts together monthly Art Hop events featuring both visual and performing artists. Kristen Chesak, executive director of the Arts Council of Greater Kalamazoo, says the collaborative aspect of Soul
Artistry Art Hops make them “not to be missed.” “Yolonda really curates the most unique pairings of artists that you are very unlikely to see in the same place otherwise,” says Chesak. Past events have paired painter Georgia Tandy with vocalist Courtney Moore, and Lavender performing with a variety of visual art from the Soul Artistry collection. Historically, Soul Artistry Art Hops have occurred from 5-8 p.m. on the first Friday of the month at the WOOD-TV8 studio, 151 S. Rose St., but during the COVID-19 restrictions these events could be viewed online as part of the Arts Council’s Virtual Art Hops.

To find out when the next Soul Artistry Art Hop will be, visit the ACGK website at kalamazooarts.org or the Soul Artistry Facebook page at facebook.com/Soul ArtistryLLC.

— Chris Killian and Marie Lee contributed to this article. 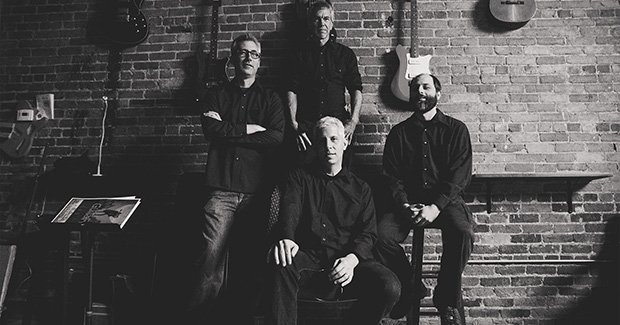