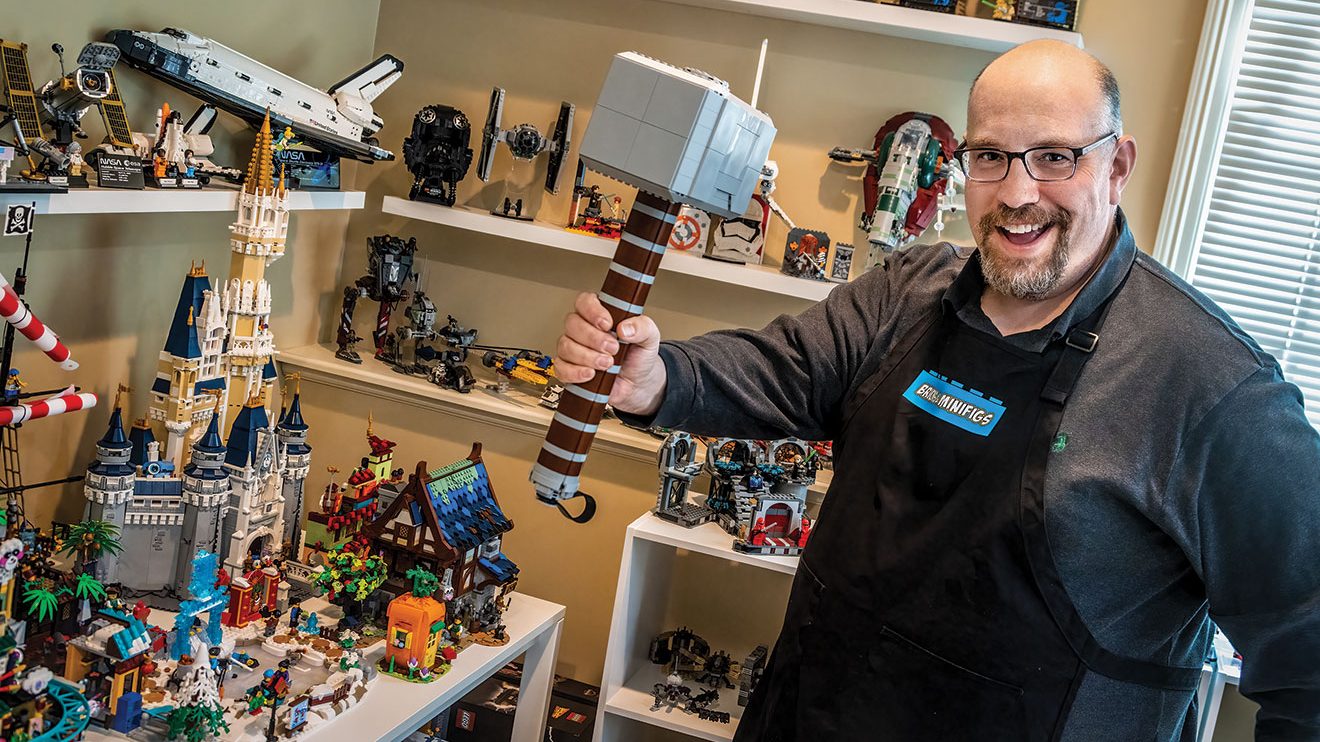 Adam Weiner holding a LEGO hammer, has amassed a huge collection of LEGO sets and minifigures, seen below and at bottom right, which are spread throughout his home
Adam Weiner’s obsession becomes a retail store

All across Adam Weiner’s home are hundreds, if not thousands, of LEGO sets and figurines. On one table is a 9,000-piece replica of the Titanic; on another, hundreds of mini-figurines of iconic movie and TV characters from such shows as Star Wars, the Marvel series and even Friends.

An entire room in the 44-year-old’s house is dedicated to storing his finished LEGO sets, and he has a floor-to-ceiling cabinet of LEGO pieces labeled by size and shape.

Weiner will admit he is “obsessed” with the ubiquitous plastic building blocks, so obsessed that he’s turning that passion into a new career this month, opening a Kalamazoo location of the Bricks and Minifigs franchise at 1926 Whites Road, in the Oakwood Plaza.

From large red and green blocks to intricate models of real-life objects, LEGO is something that most children have played with at some point in their lives. Since 1932, the Danish toy company has come out with more than 1,000 different LEGO sets, and now Weiner wants to bring as much of this childhood favorite as he can to Kalamazoo.

“I’ve always been a fan of LEGO,” says Weiner, who, in order to take on this new venture, stepped down in March as the executive director of Farmers Alley Theatre, a role that he held since the theater’s founding, in 2008.

“I had the sets when I was a kid. I had a lot of the castles that I remember playing with, and the forest sets were very cool. But I really didn’t start getting back into it until maybe 10 years ago. It was just very casually buying a set here or there. It really didn’t become an obsession until the pandemic and the theater got shut down. It didn’t open again for another 18 months, so we had a lot of time at home.”

All that time allowed Weiner to rediscover LEGO, and it had more to offer than Weiner remembered. What started as something lighthearted and fun turned into a frenzy of creativity,  opening up a world that was just waiting to be imagined and built, he says.

“I started really delving into LEGO and it was like, ‘I’ll build a city. I’ll build a little city in my basement. That’ll be a fun time.’ It just grew and became this obsession,” he says. “As a creative medium, these are almost works of art. There’s much more to LEGO than just ‘Here’s a Star Wars set.’ I just fell in love with it.”

The popularity of LEGO has only increased in recent years, with sales of the toy going up 21 percent in 2020 and generating nearly $7 billion in revenue that year and $8 billion in 2021, according to CNBC.

Weiner also discovered AFOLs — Adult Fans of LEGO — an online community with a website that sells elaborate LEGO sets of scale-model structures like airports, Starbucks coffee shops and car dealerships. “It’s this rabbit hole of a community of all different ages of LEGO fans,” Weiner says.

Now Weiner hopes to spark this same kind of enthusiasm in adults and kids through his Bricks and Minifigs store. With a motto of “rebuild, reuse and reimagine,” these stores specialize in buying, selling and trading LEGO products, including new and used LEGO bricks, minifigures and accessories. They buy used LEGO products from customers and have access to the entire LEGO catalog, not just the most recent sets that most LEGO distributors have.

Bricks and Minifigs is a nationwide company with more than 40 franchise locations across the U.S. and Canada. Weiner says he underwent an extensive vetting process to acquire the franchise.

The Kalamazoo store, which opens June 25, will include a party room for group events.

Weiner says his new venture has been met with support from friends and family, including his wife Allison, who is doing a lot of work in event planning and outreach as well as helping design the store’s interior.

In addition to feeding his love for LEGO, the store will also give Weiner an opportunity to “give back to the Kalamazoo community,” he says.

“I would say that this is going to be unlike any other retail store in town, and it can appeal to all different ages, whether it’s a grandparent bringing in their grandkids to look at stuff or them finding something for themselves,” he says. “Kalamazoo is such a deserving community. I really want to create something that’s exciting and fun.”

What: A retail store specializing in buying, selling and trading LEGO products, including new and used LEGO bricks, minifigures and accessories. 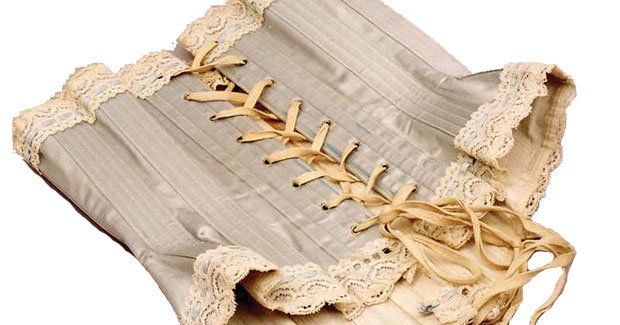 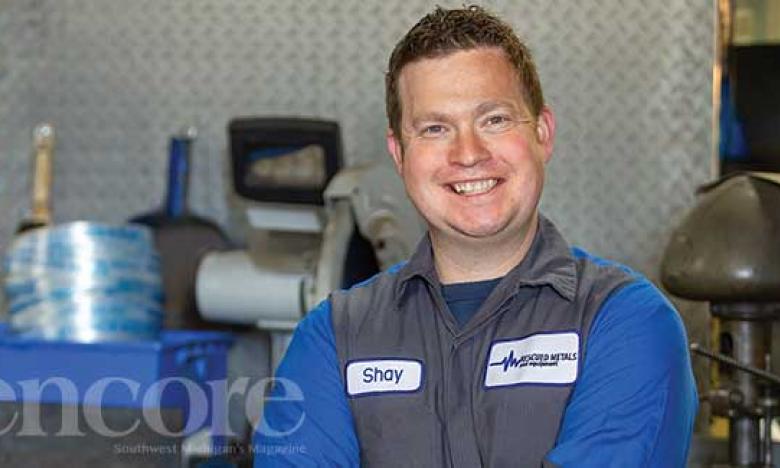 Rescued Metals is heaven for repurposers and DIYers