Midnight at the Movies 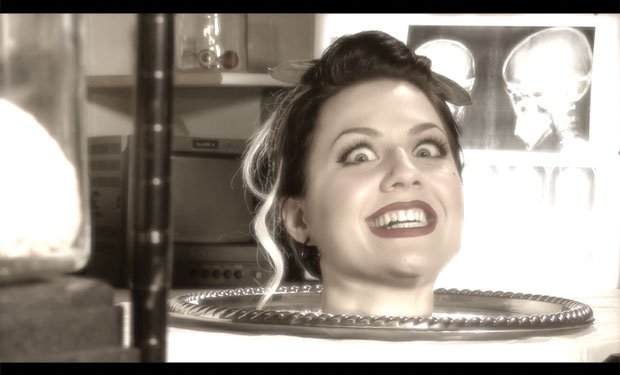 Jacqueline Hyde plays the lead character, Frankie.
Frankie is a horror show with a Kalamazoo twist

When it comes to legendary creatures of the night, there’s Frankenstein’s monster, Freddy Krueger, and now, in Kalamazoo, Frankie.

Frankie is the human brain that’s the star of a show called Frankie on Kalamazoo’s Public Media Network Channel 188, where local moviemakers and TV show creators can debut their horror-themed works. In the show, Frankie is sometimes placed in the disembodied head of one of the hosts. Sometimes it’s floating inside a jar. Frankie is also the subject of a comic book series that ties into the TV show. Both are the brainchildren of Kenjji Jumanne-Marshall, a comic book artist from Kalamazoo.

Jumanne-Marshall says each episode sprinkles the Frankie and Dr. Esther segments between four or five short films made by Michigan filmmakers and one or two music videos from “psychobilly” bands — think early Elvis Presley-meets-Dracula. Frankie has featured a few local psychobilly bands, like the Mushmen and Drink Their Blood from Kalamazoo and Jesse Ray and the Carolina Catfish from Grand Rapids.

Hancock and Tuttle break up the scary movies with jokes and bloody special effects. For example, in the “Feeding Frankie” episode, Dr. Esther cooks up a brain. Makeup artist Megan McGregor of Novi, who is developing an online series of horror-themed makeup tutorials, works with the Frankie crew. With gross-out costumes and some foul language, Frankie is definitely not for children.

Frankie began airing in 2015, and new episodes are launched in October to tie into the Halloween season. The films, music videos and Frankie segments of each episode are mixed together in new combinations throughout the year.

“The shows continue to change, even though some of it may have been shown before,” Jumanne-Marshall says.

Jumanne-Marshall, a graduate of Western Michigan University, started out as a comic book artist, publishing his own horror comic, Witch Doctor, about a supernatural investigator in New Orleans. Jumanne-Marshall decided to stay with the horror theme, providing artwork for the DVD release of MTV’s Teen Wolf series. His next comic project was Frankie. It blends the classic “pinup” look of female models from the 1940s and 1950s with over-the-top horror movies. Jumanne-Marshall turned to local artists and models like Hancock and Tuttle to complete Frankie.

“I envision Frankie as a super-female character,” he says. “A lot of horror deals with victimization of women. We want to make women feel comfortable with what they’re doing with horror-themed entertainment.”

In October, the show introduced Madeline, a Marilyn Monroe-like actress played by Leena Mynx Allure. She’s a character Jumanne-Marshall says re-emphasizes that Frankie is about women in horror.

“That’s all Frankie will ever be,” Jumanne-Marshall says. “I always thought this was something that was missing (from the horror genre), and we try to give the audience a little of it.”

The comic book Frankie is still in development, Jumanne-Marshall says. He is working on short animated pieces to add into Frankie episodes and expects those to start airing in this month. Most of Team Frankie’s efforts are on the TV show now. The hour-long program airs at 10:30 Friday nights and again at 2 a.m. on Saturdays. The late-night weekend slot is perfect for a horror show that’s a throwback to the classic days of monster movies, Jumanne-Marshall says.

“I like the idea of broadcast horror,” he says. “You need to watch it at a certain attention level. I want you to be locked in, not distracted with other things.”

Getting the word out

Jumanne-Marshall has been promoting Frankie at horror conventions in Michigan, Ohio, Illinois and Indiana in the last few years. These are gatherings of horror movie fans where visitors can get autographs from film stars and buy merchandise based on their favorite characters. He says he wants to keep Frankie focused on horror conventions instead of appearing at more popular comic book or gaming conventions because the show is aiming to build its core audience. Serious horror fans, the kind who would attend a horror convention, are a “small pond” of people, Jumanne-Marshall says, but they’re often looking for something new. That makes them perfect to introduce to Frankie.

Jumanne-Marshall regularly creates his work at the Public Media Network offices, at 300 S. Kalamazoo Mall, though he uses his own props (lots of fake blood, for one thing). The short films that the show features often come from local filmmakers, including Infinite Nightmare and Backseat Driver, created by Dominic Smith of Kalamazoo, but Frankie has had contributions from moviemakers statewide, such as Corbis Films in Detroit. Several directors whose works appeared in last year’s episodes have created new movies they’ve submitted to the show.

The sequences with the Team Frankie characters are usually about 15 to 20 minutes of each episode, although the crew usually ends up shooting an hour of material — plenty of content for future episodes.
“It’s the lighter side between those scares,” says Jumanne-Marshall. “It’s a place to explore ideas; we love first-time filmmakers. The more we can show (movies) from regular people, the better.” 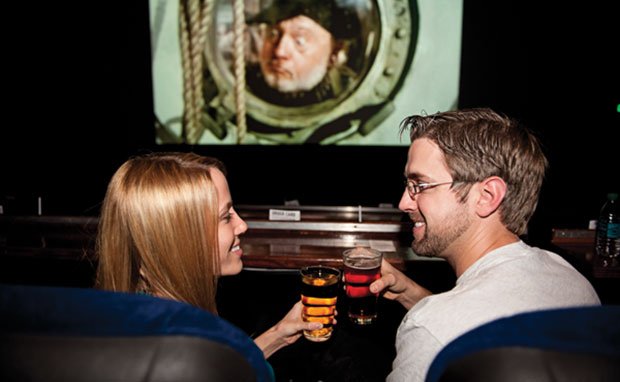 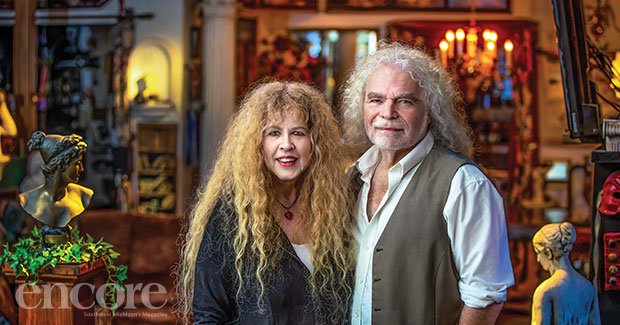 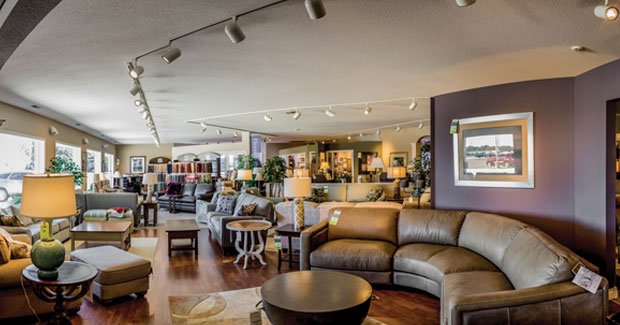 ‘A Different Kind of Customer’

Vandenberg Furniture survives and thrives in a big-box world