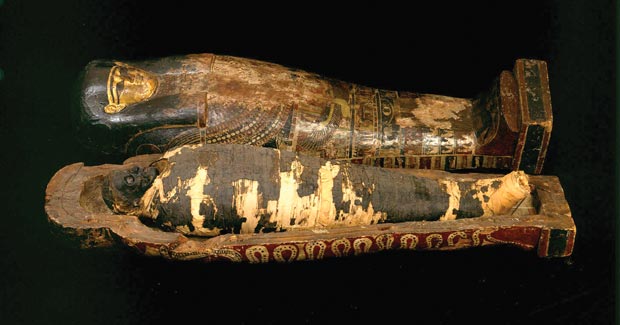 The Kalamazoo Valley Museum has more than 55,000 artifacts in its collection, and the collection grows every year. It’s hard to pick favorites from that many items, but there are a handful that I am particularly drawn to because of their design, their story or their significance to the community.

The mummy, estimated to be from 304-30 B.C., was sent from Cairo, Egypt, to the U.S. for display at the 1895 San Francisco Exposition. It was then displayed for 15 years at what is now the de Young Museum, in San Francisco’s Golden Gate Park. When it was purchased from an elderly man, the mummy’s face was completely wrapped. The wrappings were carefully cut away from the face in order to show its features. The mummy is more than an iconic exhibit at the Kalamazoo Valley Museum; it’s an exhibit that blends history and science to help answer questions about who the mummy was as a person and the life she had 2,300 years ago.

This was one of the last Checker cabs produced, and I’m glad that this important piece of automotive history is on exhibit at the museum. Our cab came off the assembly line in Kalamazoo in 1982 and was part of a fleet of 25 taxis for the Yellow Cab Co. of Chicago. Born and raised in Detroit, I have always had an interest in automotive history, and until I moved to Kalamazoo, my interest in cars was narrowly defined by Ford, GM and Chrysler. Kalamazoo’s Checker Motor Company is an amazing story. Checker cabs are very iconic and still can be seen in hundreds, if not thousands, of movies and television shows.

This is one of the items at the museum that simply appeals to my own interest in “streamline” design. This model, on display on the first floor in the museum’s Time Pieces exhibit, was produced in 1939 and shown at the World’s Fair in New York City. It was made out of Plaskon, the plastic of choice back then, and it sold for $14.95. The sleek design of the radio’s exterior case in no way enhanced its reception of AM stations; it simply appealed to consumers’ interest in “modern” design of the late 1930s.

This series of diaries from Claire Wight, the daughter of a local Baptist minister, appeal to me as a historian. The stories in her diaries, which she kept from age 15 through college, provide insight that you can’t get anywhere else. Some of Claire’s notations may be considered trivial, but others — like the one about a chance encounter that led to her seeing Helen Keller speak at Kalamazoo’s First Congregational Church in 1914, when she took extreme measures to “push” her way into the crowded venue — provide a very personal connection to the past. It’s easy to imagine how a teenager today might behave in a similar fashion to see someone who was world-famous. Claire’s transcribed diaries are also available on the museum’s website for all to read.

Slightly tattered and worn, this sign from the 1970s and ’80s provides a tangible connection to a historically important institution in Kalamazoo. The Douglass Community Association, named in honor of Frederick Douglass, was founded in 1919 to address the social, recreational and cultural needs of African-American soldiers stationed at Fort Custer and their families who were returning to a segregated Kalamazoo after World War I. Several oral histories conducted to create a greater understanding of how the Douglass Community Association has touched lives during its nearly 100 years are part of a permanent exhibit in the museum’s History Gallery. 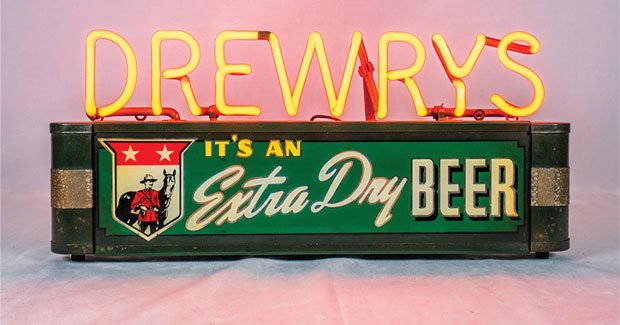 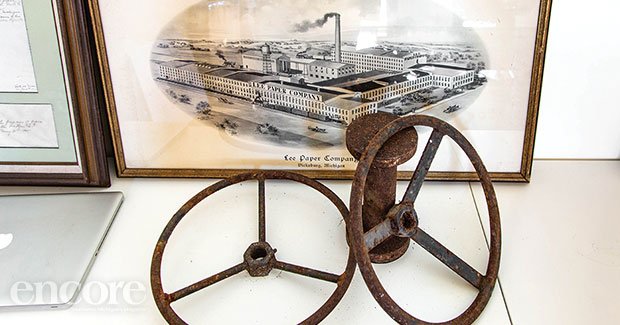 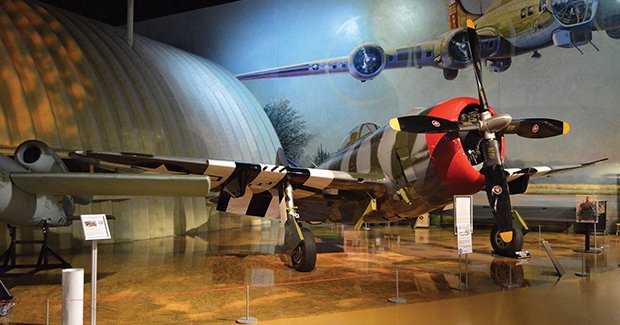