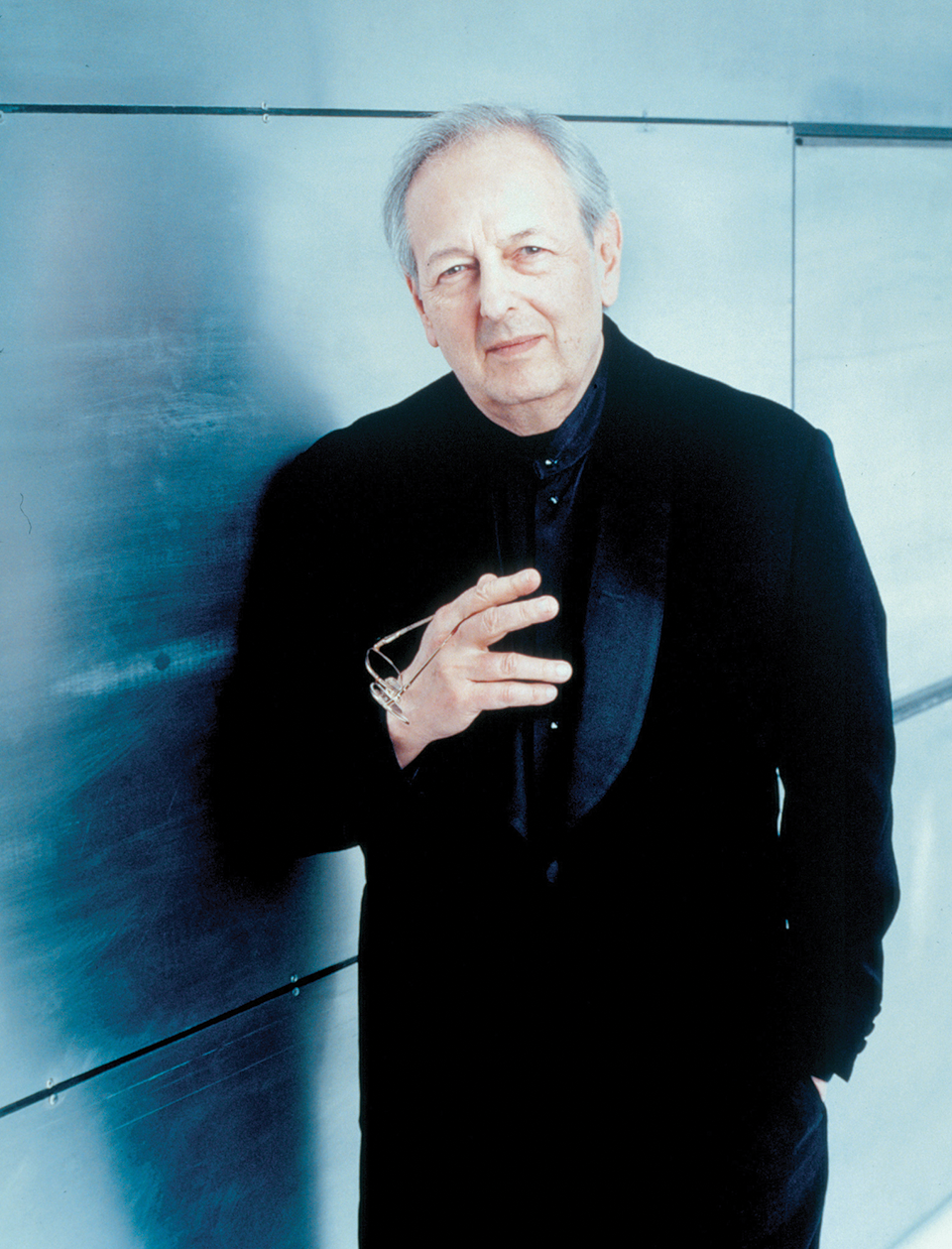 The KSO’s final Masterworks Series performance, which will include the premiere of a commissioned piece by composer André Previn.
The KSO ends 100th season with Previn premiere, gala concert

The Kalamazoo Symphony Orchestra will end its 100th anniversary season in a big way — with two performances, the first of which features the world premiere of the last composition André Previn created before his death in 2019.

The orchestra’s Masterworks Series season finale will be June 4, and a gala concert is set for June 18. Both concerts begin at 7:30 p.m. at Miller Auditorium.

The June 4 concert will feature the premiere of Previn’s Concerto for Orchestra, commissioned by the KSO in 2016 to celebrate its 2021 centennial. It was the last major work of the renowned American pianist, composer and conductor.

Joining the symphony to open the concert will be violinist James Ehnes, playing the Concerto for Violin and Orchestra in D Major, Op. 77, by Johannes Brahms (1833–1897) as part of a spring tour that also has Ehnes performing in the U.K., Germany and France. Music Director Julian Kuerti, who joined the KSO in 2018 and will conduct both June concerts, is looking forward to working with Ehnes, a fellow Canadian.

“James is one of the most outstanding violinists playing today,” Kuerti says. “Wherever he plays — and he plays everywhere — he is praised to high heaven. I have wanted to work with him for years, and the stars finally aligned, so I am really happy.”

KSO Executive Director Jessica Mallow Gulley says Ehnes will perform “what many consider to be one of the great works for violin — the vibrant and energetic Brahms Concerto.”

“The Brahms sound is so much at the core of what we think of and how we want our orchestra to sound,” says Kuerti. “That traditional, romantic sound that people have learned to love through recordings and film soundtracks is typified by Brahms and his masterful handling of orchestra instrumentation.”

It’s hard to overstate what a remarkable “get” the Previn concerto is for the KSO. The commission was a project led by past KSO president and executive director Peter H. Gistelinck, who called Previn “one of the most amazing, versatile and talented musicians of our time.”

Gulley, who joined the KSO in 2019, reports that the goal of her predecessor was to “find the greatest example of a living American composer. Previn’s musical language is very American, with a contemporary jazz feeling.”

Born in 1929 (eight years after the KSO’s launch), Previn began working professionally at the age of 17. His international career crossed three genres — movie music, jazz and classical music — and included leading orchestras in Pittsburgh, Oslo, London and Los Angeles and serving as piano-accompanist to singers from Ella Fitzgerald to Doris Day. Previn won four Academy Awards (for best adapted score for the films My Fair Lady and Irma la Douce and best original score for Porgy and Bess and Gigi) and 10 Grammy Awards.

“We will be giving birth to history with a piece that has not yet seen the light of day,” says Kuerti, although KSO audiences in 2018 were treated to a performance of the concerto’s third movement, never heard before or since, under the baton of Resident Conductor Daniel Brier.

“It’s an enormous, ambitious project, and I fully expect every symphony orchestra will want to play this in the future,” says Kuerti, adding that he worked with Previn on occasion during his time as assistant conductor with the Boston Symphony Orchestra (2007–2010).

“Previn lived one of those fairy-tale, jet-setting celebrity lives as musical royalty, but he told me once that you could hear his work on early Tom and Jerry cartoons,” says Kuerti. When the KSO commission was announced in 2016, Previn remarked, “I’m quite excited to be able to use such a sizeable orchestra. Whatever is good about it I hope is in the music.”

The June 4 presentation will be Kuerti’s first KSO concert recorded live for publication, though it will be the 25th concert recording by the symphony orchestra. The recording is expected to be available to the public in 2023.

“We have a strong history of recorded albums. It’s a big part of who we are,” says Gulley. “That history goes back to 1943, when we made our first-ever recording as one of a handful of American symphony orchestras to make records sent overseas to the troops. Producing such a recording takes a great collaboration between the musicians, conductor, audio engineer and generous donors.”

For its very last event of the season, the KSO plans a night to remember, comprising as much of a century’s worth of reminiscing as the evening is able to fit. The evening will celebrate the organization’s $8.8 million fundraising campaign and the 84 musicians who play in the KSO, including the organization’s longest-serving musician, tubist Robert Whaley, who has been part of the orchestra since 1966.

“We wanted to do something special to celebrate everything we’ve done in the last 100 years,” says Gulley of the 100th Anniversary Gala Concert (tickets start at $25).  Kuerti says the evening will be “quite the show,” a retrospective concert with archival photos, video and recordings, storytelling and some surprise guests.

“It’s going to be a theatrical experience above and beyond a typical concert evening,” says Kuerti. “If you have never been to a KSO concert before but love Kalamazoo and its artistic history, this is the one to come to. We will take the audience from the inception of the symphony all the way to present day. We even hope to get our hands on that 1943 recording.”

“This closing celebration will allow us to retell some of our historic moments that have made this organization special,” says Gulley. “The audience will enjoy some of the greatest hits of classical music, and wonderful moments and individuals we want to celebrate and thank in helping us achieve 100 years.”

While Kuerti jokes that he doesn’t expect to be around for the next 100 years, he notes that the future of the organization has a strong foundation, with a sharpened focus on building audience and community.

“The pandemic been a real catalyst point of reflection for us,” says Kuerti. “We’ve had the chance to examine in great detail everything we do, reconsidering what we do and for whom. We’ve had some interesting answers and insights, and are looking forward to hosting the next generation of music lovers, to making our mission and vision relevant to Kalamazoo and the people who live here now.

“As the world is changing, we have to change too, but I can promise we will not abandon our commitment to performing great music at the highest possible level. We will be here to preserve the music, to create new music, and to expand our playing, our outreach and our audience.”