Revival of the Ribbon 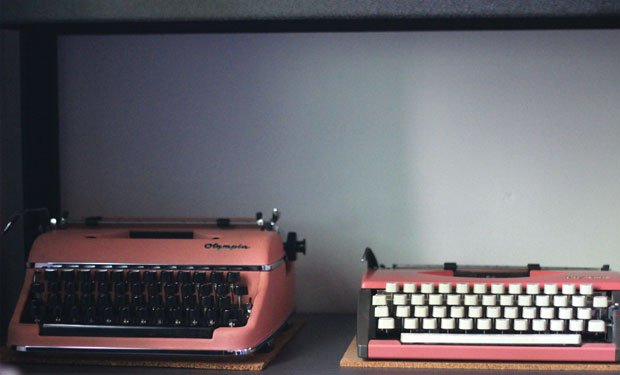 Elise Greenwood-Sargent has felt drawn to typewriters since she was a child. She remembers touching them in antique stores, hearing the clack of the keys and feeling their cool, shiny frames. Her attraction was only a lingering interest until four years ago, when she and her husband-to-be went for a walk around their neighborhood.

“There was an estate sale. They had this really nice Olympia for sale. I said, ‘Whatever, I’m going down this rabbit hole’ and I bought it,” Greenwood-Sargent says. That was 50 typewriters ago.

She thought she was alone in her passion for the antiquated machines. Then, in a moment of fate and with help from a very modern form of communication, she stumbled upon the Kalamazoo Typochondriacs Facebook page, a social-media hub for Michigan’s fastest-growing group of typewriter enthusiasts.

The group formed three years ago. In addition to engaging in online chatter, the Typochondriacs meet several times a year for “type-ins” at area bookstores and breweries, usually pulling in a dozen or more attendees. Richard Polt, author of The Typewriter Revolution (a sort of how-to book for typewriter collectors), explains what many typewriter lovers around the world have come to expect at these events.

“At type-ins, people enjoy using and talking about their typewriters in public; they might swap or buy machines; and they might have fun with some organized activities such as a speed typing contest,” Polt writes.

Greenwood-Sargent remembers a speed-typing contest at the Kalamazoo bookstore Bookbug during the most recent type-in. “We typed the Gettysburg Address and then we had to grade ourselves, and we all did miserably,” she says. “There were all these muscles that secretaries used to have in their arms. To push those buttons — that takes some leverage.”

While Greenwood-Sargent loves collecting typewriters and delving into the history of each machine, she recognizes that type-ins make her passion for typewriters a little “less weird.”

Freelance writer and Typochondriacs co-founder Chris Killian says that he sees folks of all ages transform in front of a typewriter at a type-in. “The coolest part wasn’t the adults at the event,” he says of the Bookbug type-in, “it was the kids, who were drawn to typewriters like moths to a flame. They were enthralled by these machines.”

Killian’s first typewriter, like Greenwood-Sargent’s, was an Olympia, which he bought while traveling across the United States in a 1984 Volkswagen van. “I wanted to get a manual typewriter. I can’t exactly tell you why,” he says. “Being a writer and journalist, I wanted to explore that way of writing.”

Killian posted the pages he typed in the back of his van to a blog, Types of America (typesofamerica.tumblr.com), his stories capturing the profane, strange and dusty corners of the modern-day West.

After Killian returned to Kalamazoo in the summer of 2013, he and his fellow journalist and friend Andy Robins, news director of WMUK, decided over beers at Old Dog Tavern that their love of typewriters was something others might share.

Now, three years later, with 175 Facebook followers from across the state — including committed typists like Greenwood-Sargent, who lives much closer to Grand Rapids than Kalamazoo — the Kalamazoo Typochondriacs collective is shifting to a statewide focus, with plans to rename itself Michigan Typochondriacs this summer and to hold events in other cities, including Grand Rapids and Traverse City.

To find information on the next type-in, check out https://Facebook.com/KalamazooTypochondriacs.

'Enthralled by these machines'

The coolest part wasn’t the adults at the event, it was the kids, who were drawn to typewriters like moths to a flame. They were enthralled by these machines. 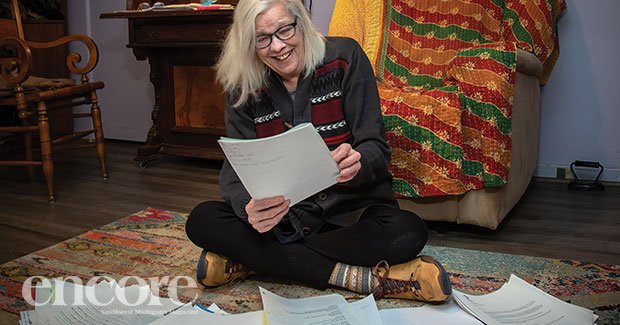 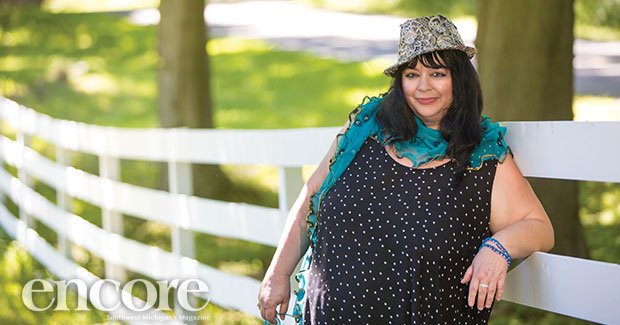 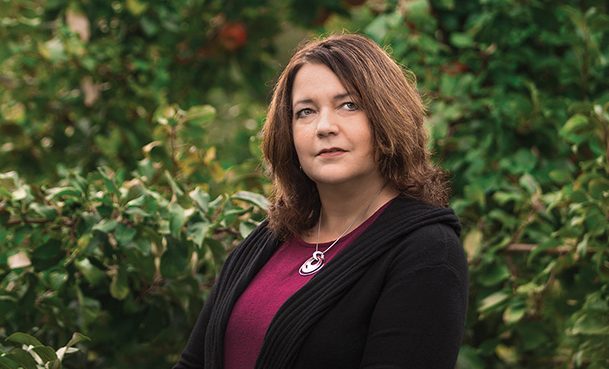