Members of the Kalamazoo Horseshoe Club play on a summer’s night. © 2018 Encore Publications/Brian Powers
Horseshoe club brings players out of their backyards

There are three distinct sounds one hears on the grass field behind the VFW hall on East Kilgore Service Road on Monday and Wednesday nights in the summer.

First, there’s the metallic clanging of the horseshoes rattling together as members of the Kalamazoo Area Horseshoe Club carry them back and forth to either end of the pits. Then there’s the sucking sound of wet clay from the players’ shoes in the pits as they retrieve their horseshoes from around the stakes. And, finally, louder than the classic 1970s rock playing on a nearby stereo, is the roar of airplanes taking off and landing at the Kalamazoo/Battle Creek International Airport, which is just south of the club’s courts. Club members say the planes don’t bother them, since they are too focused on throwing ringers to pay attention.

The club has been leasing this property from VFW Post 1527 since 1982, paying just $1 each year in rent. There’s a small clubhouse, which is essentially a tiny room with a table and a roof. On the clubhouse’s outside wall, a scorecard half the size of a sheet of paper is posted, listing every member’s ringer percentage, or the number of horseshoes they pitched that went around the stake. Michigan’s average ringer percentage is 33 percent; most of the club’s members hit around 20 percent.

Players play three 40-shoe games, walking back and forth between the ends of the pits to throw their horseshoes. Wednesdays are one-on-one games; Mondays are for doubles.

“I’m here to try and get better, beyond ‘picnic shoes,’” says Will Plankenhorn, 43, of Vicksburg, who’s been part of the club since 2006. “The clay is a real learning curve; there’s no slide like you get on sand.”

Kary Christansen, 60, of Galesburg, who’s been a member since 2014, says he’s been playing for years in his backyard. He heard about the club from a friend and keeps coming back each year, though he admits he sometimes wonders why.

“You think you’re good. Then you play here and find out you’re not,” he says.

Horseshoe clubs have an official state governing body — the Michigan Horseshoe Pitchers Association (MHPA) — which regulates everything from tournament schedules (this year, there are about 50 events statewide, including the championship held in August in Kalamazoo) to the material allowed around the stakes (at least 4 inches of sand, dirt, clay or synthetics).

The Kalamazoo club, founded in 1980, is one of a dozen officially recognized horseshoe clubs in the state and the only one located west of Lansing. Kalamazoo’s club also has one of only three sites large enough to host the state championship (Lansing and Jackson are the other two). There are 18 courts in a fenced-in area behind the VFW hall, and the club’s pits have clay taken from a quarry in Grand Ledge rather than sand. At the beginning of the season the clay starts out soft, almost like mud. As the summer wears on and shoe after shoe is thrown, the clay becomes beaten and kneaded. By the end of the season, it is the consistency of Play-Doh.

Horseshoes is an easy game to get started in — an entire set of equipment, which includes two pairs of horseshoes made of cast iron or steel, generally runs about $100. Josh Lull, 36, of Kalamazoo, who is in his 17th year with the club and serves as its tournament director, says he owns four pairs of horseshoes and that each cost about $50. He also has a special tool that folds out to measure the distance between a horseshoe’s landing place and the stake and includes a metal file to smooth out “burrs” on a horseshoe that could cut a pitcher’s hand. Most players have a “pick-up stick” — a hook on the end of a long shaft (Lull’s is made from an old golf club) that can grab horseshoes out of the soft clay — and a towel to wipe them off. That’s all a horseshoe pitcher needs, plus time to get in a few games.

Eighty-nine-year-old Clayton Champion, of Galesburg, one of the Kalamazoo club’s founders, says that over the years he’s purchased several tournament-level pairs of horseshoes, which he compares to a bowler buying his or her own ball. Two pairs of professional-grade shoes sell for about $80, and Champion says they are designed to feel good when held. The horseshoes are made carefully, so the weight in them is spread evenly throughout the shoe, making them fly smoothly when thrown.

“It’s a little different than just going down to the hardware store (to get shoes), but it’s still not as expensive as some sports,” Champion says.

Membership in the Kalamazoo club costs $15 for a season. In addition, players pay $5 each week they show up to compete. The fees mostly cover maintenance of the property, clubhouse and courts. The club has a casual participation policy, but there are rules. “No beer or phones are allowed when you’re inside the fence (in the play area),” Lull says.

A typical summer night draws between 10 and 20 players, and members say the club has struggled to grow. While there are indoor tournaments throughout the fall and winter months, the club finds it best to keep its season to the warmer months.

“We’re not hard and fast with attendance,” Lull says. “As soon as the weather is nice, we’re out here. It wraps up in August. A lot of people say, ‘My bowling league is starting, so I have to go there.’”

The club has a Facebook page (facebook.com/groups/KAHC1980), and players say they do what they can to encourage others to join. Lull has been interviewed on local radio programs about horseshoes; another player, Owen Mergen, says he’s been talking to the Kalamazoo 4-H Club about hosting a tournament for young horseshoe pitchers. Twelve-year-old Justin Plankenhorn, who has come with his father, Will, to play, says he’s invited his friends to play, but even a casual game presents challenges.

“If they do bad, they don’t want to come back,” Justin says.

But both Lull and Champion, who has a ringer percentage of 32 percent and has taken part in national tournaments, say setting records and winning tournaments isn’t what draws them to the courts.

“It’s a good-time sport,” Champion says. “At different clubs — the American Legion, the Eagles — you can see people playing, and (I’ve) gone up to them to invite them to play. It’s a pretty simple game or I wouldn’t be playing.”

Beyond the Back Yard

“You think you’re good. Then you play here and find out you’re not.” 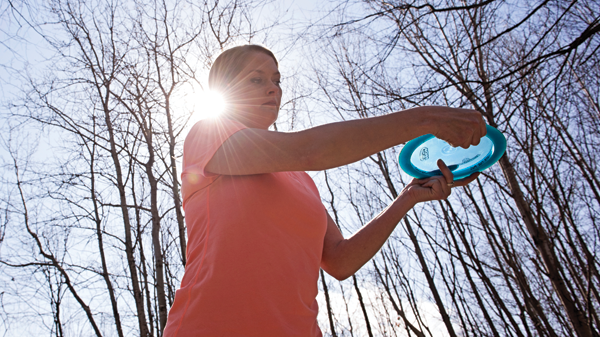 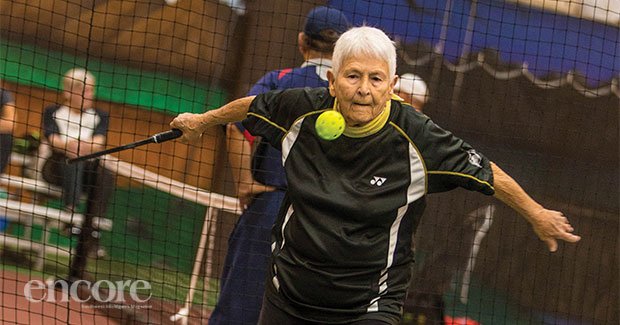 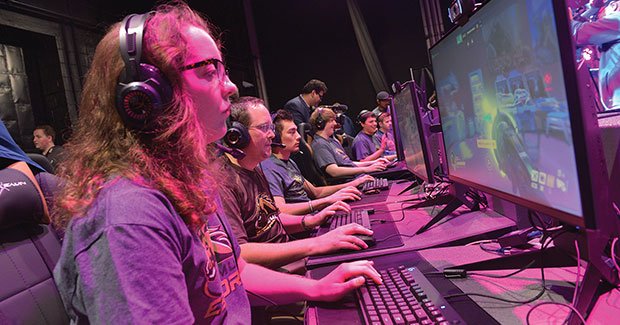