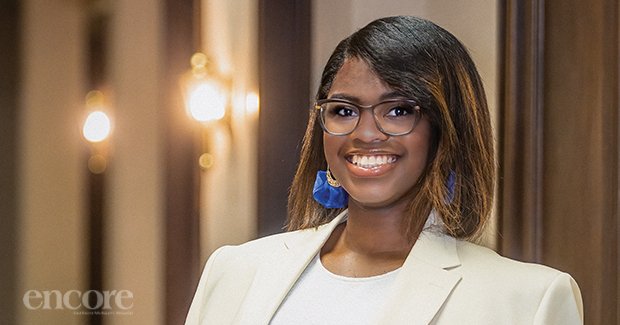 For Chianté Lymon, the quest for racial equity begins at the dinner table.

“We have to hold each other accountable for us to see any real change in Kalamazoo,” says Lymon, who took over as the new executive director of the local Society for History and Racial Equity (SHARE) in April. “It starts at the dinner table — families having conversations about race.”

Lymon, 25, is only the second executive director of the organization, which works to promote racial equity and awareness of racism and provide education on Black heritage within the Kalamazoo community. Lymon replaces Donna Odom, who founded SHARE (originally the Southwest Michigan Black Heritage Society) in 2003 and served as its executive director for 18 years.

Lymon is a Detroit native and a Western Michigan University graduate with a passion for social justice. In 2017 she was the student body president at WMU, where she graduated with a degree in criminal justice. After that, she worked as the social media and technology specialist for the Kalamazoo Defender’s office, a county office that provides representation to citizens charged with crimes. In addition, she was a legal assistant and the board liaison and facilitator for the office’s antiracism team.

According to SHARE Board Co–President Caitlin Hoag, Lymon was selected for her new position at SHARE because she is “a highly organized, community–driven individual with strong experience in civic engagement, antiracism work and community outreach.” In addition, “her tech skills will help SHARE create a bigger impact on our increasingly digital world,” says Hoag.

Lymon believes her fresh perspective and knowledge from her previous positions can take the organization forward.

“With all that’s going on in the community,” she says, referring to the heightened activism for racial justice that Kalamazoo experienced following the George Floyd murder in Minneapolis and the Proud Boys march here in August 2020, “it’s important that we have leadership from someone that looks like me. Someone that’s young, that’s vibrant in the community and can take the organization to its next level.”

In a time of increased awareness of racial injustice, Lymon says SHARE has been contacted by several local organizations looking to implement training on racial equity and seeking help improving their efforts in that area.
“Because of the things that have happened in the community, they are trying to push for change within their organizations and also making it mandatory for staff to do training,” says Lymon. “(They want) to do better individually as well as for the organization.

“Most of our workshops have been with people that are not of color, because they want to do the work. They want to understand. They want to figure out what’s going on in the world and how they can help play a part in making it better.” A key component in Lymon’s plans for SHARE is working with youth, since she believes that educating kids from a young age on racial equity will lead to positive lasting change in future generations. She hopes to partner with Kalamazoo Public Schools and other area institutions and organizations to do that education, which includes information about the community’s racial heritage.

“That is what SHARE is for me — using this platform to help inform people about history and take that history of what has already happened to better understand where we are right now and then where we can go in the future,” she says.

For Lymon, collaborating with SHARE’s staff, consultants and board members, meeting people in the community, and being educated on a lot of history herself have been the highlights of her new position. She collaborated with The Gilmore to organize SHARE’s first Juneteenth celebration on June 19. It included a performance by Minor Element, a local instrumental jazz fusion band, and recognition of racial equity achievements in the community.

Lymon says she will continue to promote SHARE’s mission, which was established under Odom’s leadership: to promote racial equity, foster connections in the community, provide education on racial heritage and awareness of racism, and help others understand how they can play their part in solving racial inequities.

“My goal is to further the agenda of social justice, with an emphasis on racial equity,” she says. “I believe that we have to understand and explore the historical racism that has taken place and it is imperative that we uplift lived experiences.

“I believe that Kalamazoo has come a long way, as many others have, but still has a long way to go. We have to dismantle historical systems that have kept people of color oppressed.”

What: A free ice cream social and meet–and–greet with live entertainment as well as remarks by Lymon on plans for the local Society for History and Racial Equity (SHARE) 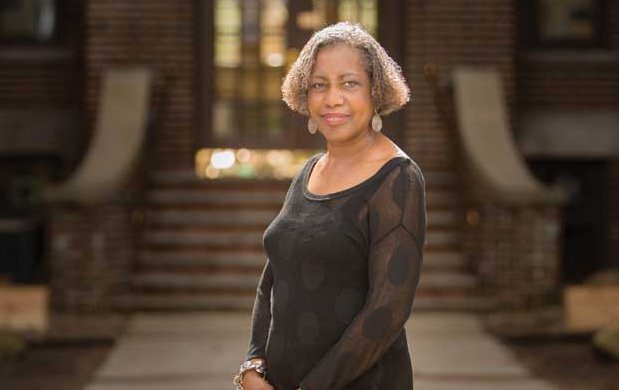