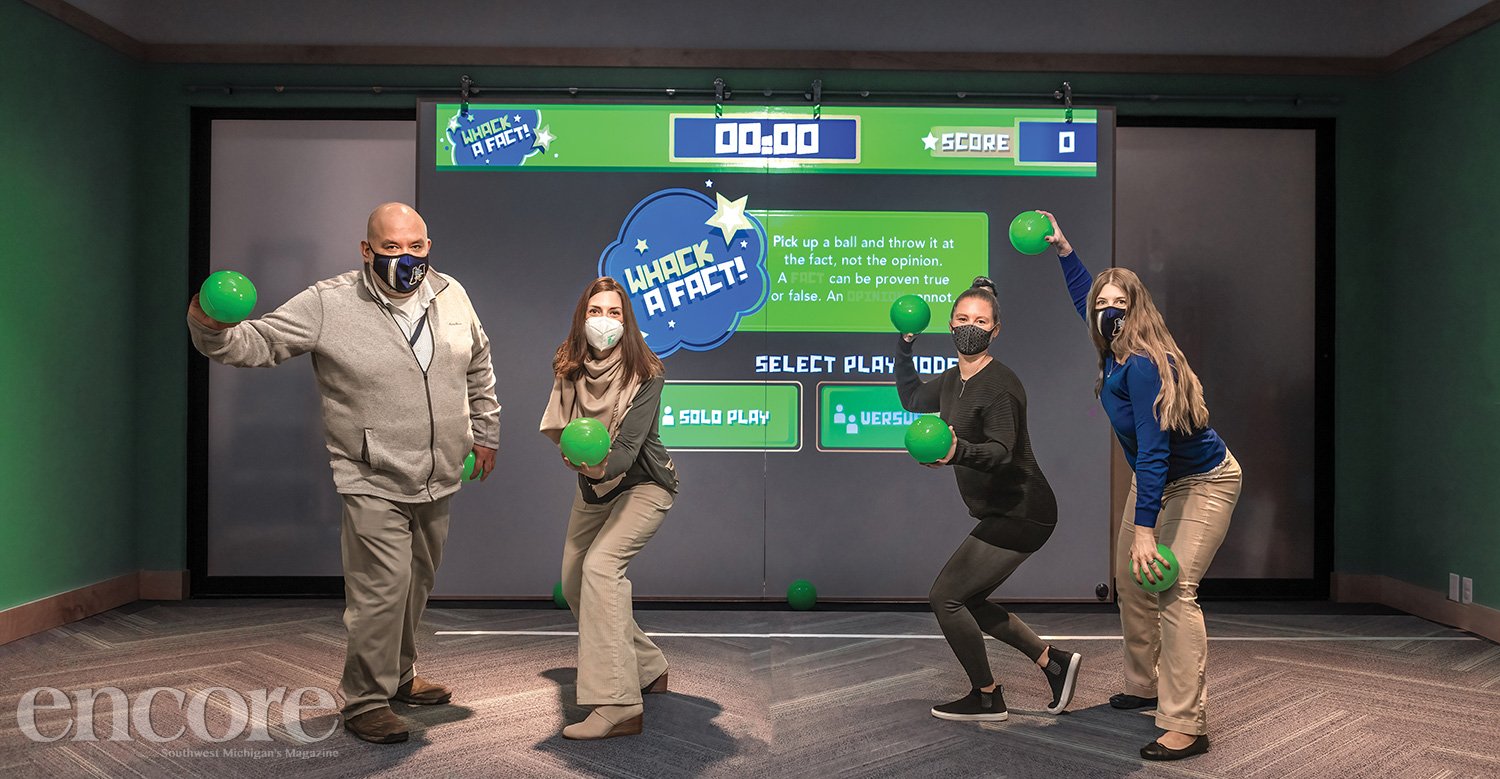 Do you wonder about the volume of digital media you absorb every week? What about how much your kids absorb? Do you think about the accuracy of the information you and they consume? Perhaps you should. The omnipresent internet, once called the information superhighway, has become an unfiltered information tsunami, littered with the pollution of false information.

In an effort to help students and families learn to critically engage with incessant waves of digital information, a new exhibition opens this month at the Kalamazoo Valley Museum. Wonder Media: Ask the Questions! was created in partnership with Western Michigan University and Kalamazoo Valley Community College, the museum’s parent organization. It is the brainchild of Sue Ellen Christian, WMU Presidential Innovation Professor in the School of Communication and author of Everyday Media Literacy: An Analog Guide for Your Digital Life (2020).

“Media is a wonderful part of life. It’s extraordinary,” says Christian. “Some of the content is top-notch, but unfortunately there are some awful dividends when misinformation (and/or disinformation) gets mixed in with the good stuff and repeatedly shared.”

Now in her 21st year of teaching journalism, multimedia studies and media literacy at WMU, Christian was a staff writer for the Chicago Tribune for 10 years and previously wrote for the Detroit News and Los Angeles Times. She was named 2016 Michigan Professor of the Year by the Michigan Association of State Universities and received the WMU Distinguished Teaching Award in 2014. She is also the author of Overcoming Bias: A Journalist’s Guide to Culture & Context (first published in 2012 and updated last year).

The content for the Wonder Media exhibition is informed by her newer book, Everyday Media Literacy, which she wrote for a Global Media Literacy class she teaches at WMU. The exhibition, developed in line with state-required Common Core social studies standards and reviewed by dozens of students and educators, offers more than a dozen interactive stations to help middle-schoolers improve their ability to analyze and evaluate the credibility of news and information and develop critical thinking skills around media content.

“Young people’s autonomy starts to expand in middle school,” says Christian. “That’s when they might become a latchkey kid, with more time on their own, and it’s when many get their first phone. I know, as a mom, that’s when I needed that phone in their hands to stay in touch.”

Wanting to broaden the reach of her messages about smart media consumption, Christian approached the museum in early 2020 with her idea for the exhibition. Executive Director Bill McElhone says he and the museum staff were “delighted” when she shared her proposal.

“We saw the opportunity to deliver important information about critical thinking to guests of all ages in a hands-on, engaging way,” McElhone says. “Even adults enjoy reading less than they do touching and playing with things.”

Although she had the vision for the exhibit, Christian emphasizes that the effort to make it a reality has been decidedly collaborative. Tamara Barnes, who was the lead curator at KVM, paired with Christian to start the work in earnest, while Tom Howes, exhibits technician at KVM, has been a creative partner throughout the process. (In the fall of 2021, Barnes left KVM to take the head curator position at the Sindecuse Museum of Dentistry at the University of Michigan.)

WMU faculty, staff and students also contributed content. WMU’s Kevin Abbott, an interactive media specialist and instructor of kinetic imaging in the Frostic School of Art, designed the software for “Fact Check This,” an interactive digital game that follows Wonder Media journalist Mia as she seeks to verify a viral social media post. Two classes of senior-level graphic design students in the WMU Design Center created expansive wall displays of content under the supervision of center director and faculty member Nicholas Kuder and assistant director Paul Sizer. In addition, communication undergraduate student Zaria Bell created a 5-minute video on deep fake technology that is showcased in the exhibit, while journalism major Lauren Schuster is designing a fast-paced card game in which users match images with their purpose (such as to inform, entertain or persuade) for middle school students to play after a field trip visit to the exhibit.

During the entire process, the team worked to create content that had diverse and inclusive representation, something McElhone notes is a core value of KVCC and the museum. Christian affirms that intention, informed by her years serving on the board of Kalamazoo’s Society of History and Racial Equity and working with the Narrative Change Committee of the Truth, Racial Healing and Transformation Initiative of the W.K. Kellogg Foundation, an initiative facilitated locally by the Kalamazoo Community Foundation.

“That work and my own scholarship has taught me and continues to teach me about what inclusivity in narrative looks like. The exhibit seeks to reflect the powerful diversity in our country, and how media has often not told that story accurately,” she says noting, for example, the exhibition station called “Same Message, Different Meaning” presents a variety of real people, “showing how different people may understand the same message differently.” Christian interviewed and took portraits of residents sharing what the U.S. flag means to them. Those represented include a public high school history teacher, a couple who immigrated from Columbia, a community activist, a college student, the executive director of the Burma Center in Battle Creek that serves Burmese-Americans, a military veteran and a rabbi.

“We want people who come to the exhibit to see themselves reflected in the content and to see content that resonates with their experiences,” says Christian. She also noted that the exhibit intentionally avoids political topics and instead seeks to focus user attention on critical thinking around all kinds of media messages and their sources.

After two years of rigorous planning, the exhibition will open in April at Kalamazoo Valley Museum to the public and a gradual schedule of visiting school groups, a tactic the museum has embraced during the pandemic. Guests will be able to view the exhibition through 2023, after which some stations will remain while others may become part of a touring exhibition for other museums. McElhone says creating the exhibition was a new experience for the museum in terms of size, scope and technical complexity.

“We developed original games, designed original characters, hired local voice actors, filmed our own content,” says McElhone. “It grew into something much bigger than we anticipated, and I have to give full credit to Sue Ellen as lead curator and all the work she’s done. She has been an incredible resource, doing an enormous amount of work before we even became involved.”

Testing it with kids

An additional priority for the exhibition team was to test content with nearly three dozen middle school students from around the state.

“They were insightful, funny, engaging and very helpful,” Christian says of the students. “As an academician and journalist, I knew what I wanted to do, but these students helped me create content that engaged with their intellectual level and interest. When we worked with a graphic artist to design our narrator, Mia, the students helped to craft who she is and what she looks like.”

An advisory team of WMU colleagues and local teachers also helped review exhibition content. One of them was Peter Aranda, a social studies teacher at Maple Street Magnet School for the Arts. Christian’s three children remembered him from attending the middle school and recommended him to help with the project.

“I’m constantly talking about the information the kids get and take as gospel,” he says. “There’s so much wrong information out there. The exhibit offers real-world experience in critical thinking and why it’s important.”

Now in his third school year of teaching during a pandemic, Aranda is looking forward to taking students to the exhibition next fall. He says the incorporation of Common Core curriculum standards into the content will help make that happen.

Aranda is an adamant advocate for students to understand the “whys” behind the media they consume. “After the nuclear bomb, social media is the most dangerous thing created by mankind,” he asserts. “Just like a firearm, it’s a tool that, used improperly, can be weaponized and has been.”

McElhone is also passionate about the importance of accurately informed digital citizens.

“We share more content from more sources with more people more quickly and more often than ever before, and a healthy democracy depends on informed citizens who rely on facts and evidence to govern themselves,” McElhone says.

Though the exhibition is designed to reach sixth through eighth graders, the developers hope that parents and other adults might learn something too, given that identifying false messages can be hard for everyone. A 2018 survey by the Pew Research Center found that only 25 percent of adults surveyed could correctly identify all of the factual statements presented to them, and just one in three, or about 33 percent, could correctly identify all the opinion statements. This problem inspired the exhibition’s “Whack A Fact” interactive game, in which players are presented with two statements projected onto a wall-size screen and must “throw” balls at the one they believe to be factual.

Other stations in the exhibit offer a range of topics and tactics for screening the information we consume and signage to encourage visitors to become “more knowledgeable and intentional in your media use, to use media for your purposes instead of being used by media.” Among these include a digital game to create a favorite T-shirt design, a showcase of popular movies and TV shows that represent a variety of cultures with commentary from individuals who identify with those cultures, a digital game to escape from fake information, a display on how just five media conglomerates control the majority of content globally, a video on the lack of ethnic diversity in Hollywood and kiosks to learn to identify conspiracy theories, honest reporting and deep fake videos.

There’s no doubt the Wonder Media exhibition is important and timely, given that a 2017 study by the American Journal of Epidemiology found that higher social media use correlated with self-reported declines in mental and physical health and life satisfaction. Through the exhibition, patrons can learn to ask questions about the media they see, questions such as “Who created this message?” “Who is the message targeting, and why?” and “What lifestyles, values and points of view are represented, or missing?”

Tips to build a healthy relationship with digital usage are also offered, such as recommendations that individuals set aside time to be offline each day, consume one media format at a time, keep track of usage, and pause before sharing, forwarding or commenting on a post until they can verify that the information in the post is true by going to respected sources.

For former reporter Christian, bringing the exhibition from proposal to reality has been a labor of love as well as a professional accomplishment.

“This will be a dream come true for who I am intellectually and creatively, and (in keeping with) my commitment to being community-oriented, so for me this is a real sweet spot.” 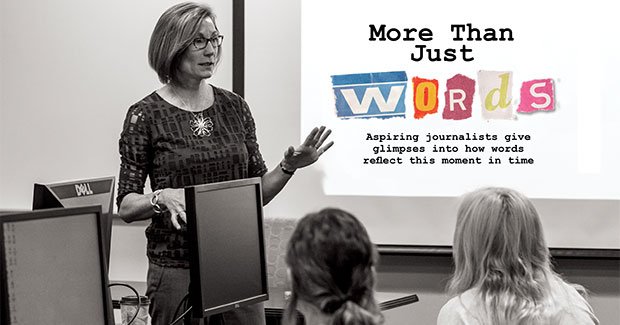 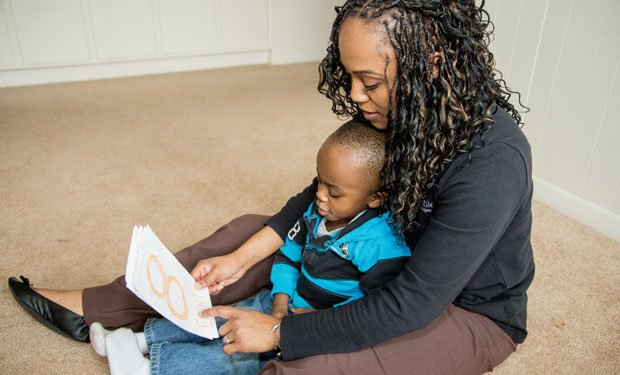 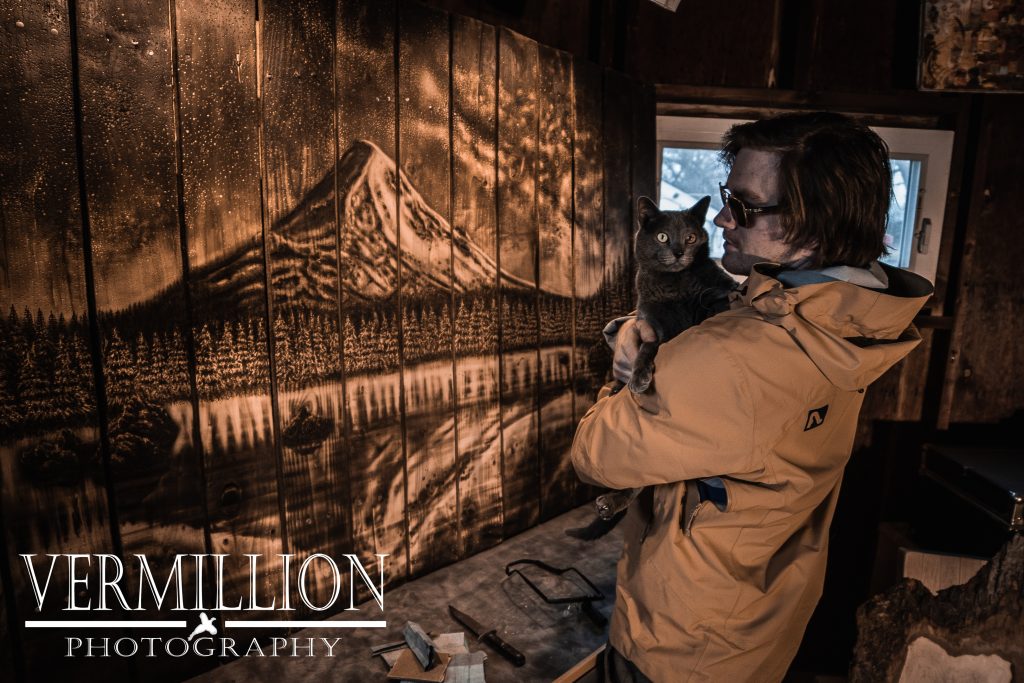