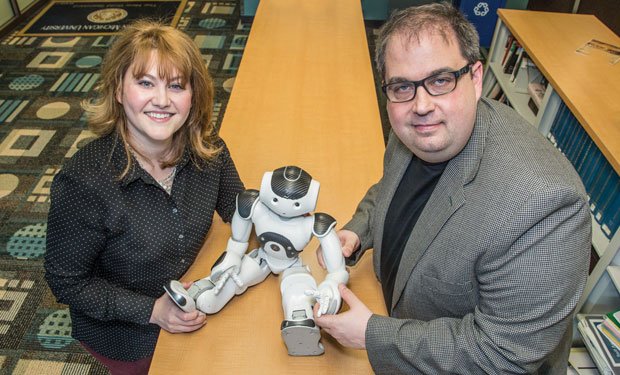 In his 2014 visit to Japan, President Barack Obama drew attention when he bowed and played soccer with ASIMO, a social robot with a human-like appearance. Australian Prime Minister Malcolm Turnbull made similar headlines this past December after he shook hands and took a selfie with ASIMO.

One day soon we all will be shaking hands and taking selfies with robots like ASIMO, say two Western Michigan University communication professors, and they are preparing for that day by examining human-robot communication and technology’s effects on human-to-human communication in a special research lab at WMU.

The Communication and Social Robotics Lab in WMU’s School of Communication was established in 2014 and is a collaborative effort of WMU associate professors Autumn and Chad Edwards and the University of Kentucky’s Patric Spence. Both universities have corresponding labs that examine human-robot communication, particularly that of social robots, which are designed to interact with humans.

“It’s only a matter of time before we see (social) robotics in everyday life,” Chad Edwards says. “This (the WMU lab) is the only lab in the discipline of communication we know about that focuses on social robotics.”

Although Chad and Autumn Edwards say it’s not yet clear how people will react to social robots, they have found a consistent pattern in three studies they’ve published since the labs were created. These studies assessed participants’ expectations when they were told that they would be talking to a partner and their subsequent reactions and behaviors when they found out the partner would be a robot.

“People expect that they’re going to be talking with another person, so you violate their expectations when a robot shows up instead,” Autumn Edwards says. “Although people may be more fearful or nervous when it comes to talking to a robot, they tend to behave like they would with another person.”

The lab is giving WMU students a head start on social robotics research. Autumn Edwards says students are the “heartbeat of the lab” because they drive much of the research.

Up to nine undergraduate students and two graduate students work in the lab on independent-study assignments. One current student-driven study tests whether virtual reality can reduce receiver apprehension, a state of nervousness when listening to important information.

“There’ve been a lot of studies about how speaking into the virtual-reality system first may reduce apprehension on the speaker’s part, but nobody is really looking at the apprehension that comes from listening,” Autumn Edwards says.

Samantha Macy, a WMU senior majoring in public relations, is doing a study for her senior thesis on whether virtual reality increases news consumers’ social presence, or the feeling of being live at the scene, and whether increased social presence causes consumers to have more empathy in connection with the reported issues.

She says her idea arose when the New York Times sent 1.2 million Google Cardboard headsets to its home-delivery subscribers and asked them to watch a virtual-reality film about three children growing up in Lebanon, South Sudan and Ukraine.

“So few undergrad students have the chance to participate in original research, and a number of things I’ve learned in the lab I would have never learned by sitting in the classroom,” Macy says. “It’s been astonishing to learn how technology can be applied to communication and all the changes we’re going to see in communication technology in the next five years.”

In addition to social robots and virtual-reality headsets, the Communication and Social Robotics Lab houses a telepresence robot, which the Edwardses describe as Skype on wheels. It is used to explore technology-mediated human-to-human communication. The lab also recently received a humanoid robot (a robot that has a similar physical appearance to human beings), which will help expand the lab’s research of human-robot interactions involving embodied artificial intelligence.

These robots were part of a November presentation by the couple and students to residents of a local retirement community, The Fountains at Bronson Place. Afterward, the residents experimented with the robots and used the telepresence robot to tour Waldo Library from the retirement community.

“Our residents were really amazed by the technology,” says Nancy Kotarski, community life director of The Fountains. “It was a very insightful experience for them. It’s important for them to know about the technology that will be available to them for when they’re no longer able to travel the world.”

Chad and Autumn Edwards are both from West Texas. They have been married for 20 years and have two daughters, America and Emerson. Chad says he became intrigued by robots as a 2-year-old when he saw Star Wars and that his liking for robots has rubbed off on 9-year-old Emerson.

Autumn Edwards, on the other hand, says she’s sometimes suspicious about the continued advancements in technology and social robots.

“I think that’s what makes the lab work really well. We balance each other out,” Chad Edwards says. “It’s a good blend. We’re like The Force.”

For more information on the Communication and Social Robotics Lab, visit www.combotlab.org.

It’s only a matter of time before we see (social) robotics in everyday life. This is the only lab in the discipline of communication we know about that focuses on social robotics.
– Chad Edwards, WMU associate professor 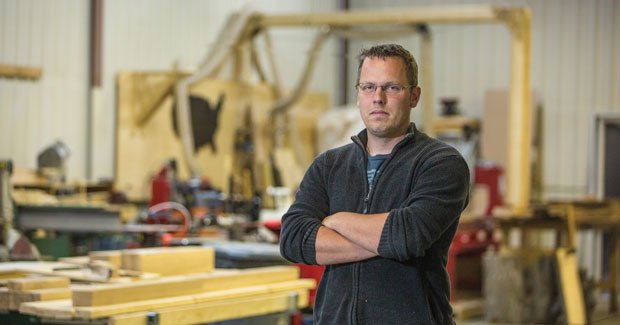 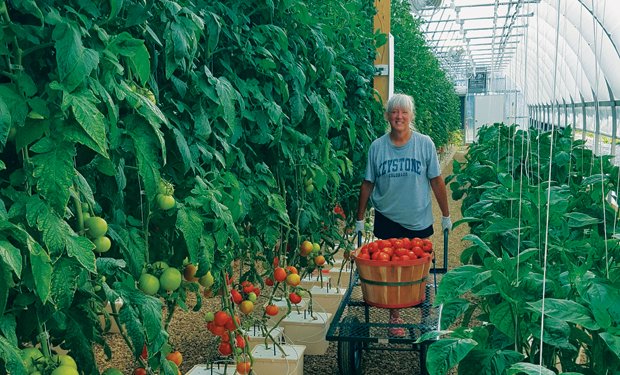 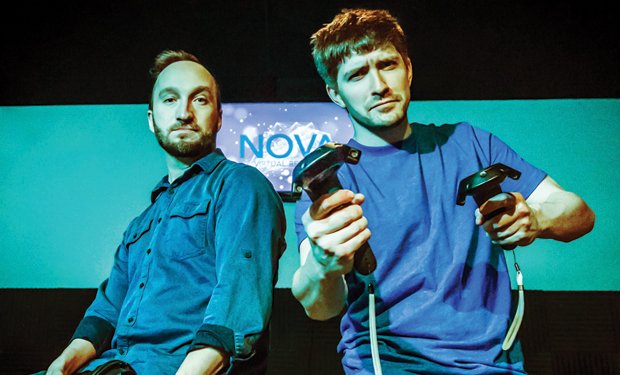