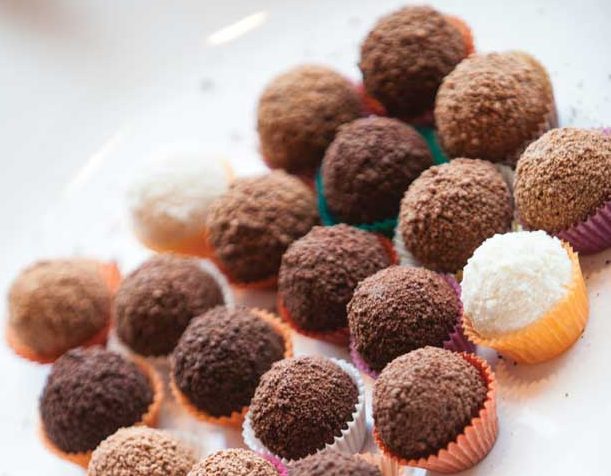 Sometimes when Tina Buck opens her eyes in the morning, she awakens with a very sweet idea, which means she’s dreamed up another chocolate truffle flavor.

Soon after this a.m. inspiration, Buck heads into her creative workshop — her kitchen — to produce trial batches of this potential new truffle.

“I always have a specific notion in mind of what I want to achieve with it,” says Buck, the chief chocolate officer at The Chocolate Garden in Coloma.

Sometimes it takes only three or four batches to attain perfection; other times Buck will make 15 or more attempts at creating the right flavor profile. Occasionally, a truffle idea simply doesn’t make the cut, and Buck refuses to put anything on the market that doesn’t meet her criteria.

“If I call it Dark Chocolate Raspberry, you should taste the raspberry,” Buck says. “It should be identifiable.”

Buck believes that a customer, when tasting one of her truffles, “shouldn’t have to squint their eyes,” trying to determine which fruit flavor has been combined with chocolate. For the Chocolate Garden’s Citrus Ginger Truffle, Buck wanted people to taste not only the chocolate but both the citrus and ginger flavors too. Same thing with the Sticky Buns Truffle — Buck wanted customers to detect each of the confection’s caramel, cinnamon and buttery flavors.

Buck’s family and friends used to serve as “guinea pigs” for her new truffle flavors. Today, after 17 years of operating the business, Buck trusts her own judgment. But if she requires a second opinion, she turns to The Chocolate Garden’s kitchen and shipping manager, Hannah Heuermann, a 15-year veteran of the enterprise. Sometimes, however, unusual flavors — such as the Cayenne Kick Truffle — necessitate test marketing.

“I went to consumers for their reaction at a charity event for the Cystic Fibrosis Foundation and let people sample them,” Buck says.

Before launching The Chocolate Garden, Buck had a lucrative job in advertising in which she was assigned to high-profile accounts such as General Mills and Sara Lee. While working in product development and research for Sara Lee, Buck was constantly learning about chocolate and something propelled her to try her hand at making her own sweet treats as gifts.

“I thought truffles would be fun to make for colleagues,” she says. “So I tore out a bunch of recipes and experimented.”

In The Chocolate Garden’s infancy, Buck received a call from a Food Network producer wanting to feature her truffles on a segment. After the segment aired, the company had a backlog of orders for nine weeks. Buck says the network did a good job explaining that each of her truffles is handmade and labor-intensive, and that explanation made people understand the long wait. One customer’s comment resonates with her to this day: “Tina,” one man wrote, “I will take mine from the slow batch every day.”

Since then, The Chocolate Garden has grown up, out and every way in between. Buck’s kitchen has expanded, and the store itself has increased from its original 300 square feet to 1,000 square feet. The number of truffle flavors offered by the company has ballooned from six to 26, and the number of employees has increased from one (Buck herself) to as many as 16, although it varies during the seasons.

The product’s popularity has also boomed. Buck admits she doesn’t have much time for marketing and doesn’t seek out corporate sales but says the company still sells plenty of corporate packages. Last summer KitchenAid ordered 500 corporate gifts for a charity golf tournament.

“We put together a special kit so their recipients could make our patent-pending Drinking Chocolates, Garden Mochas and Truffle Lattes at home,” Buck says.

As one might expect, Christmas is The Chocolate Garden’s biggest season. Some customers do all of their holiday shopping with the company. Last year one couple ordered 350 packages, Buck says, and the company had to spread shipping and packaging out over a few weeks. But the company’s biggest day of the year for sales might come as a surprise.

“The biggest single day of the year is usually a summer or fall weekend day,” Buck says. “Our shop has become a destination for foodies and discriminating chocolate lovers. We are busy from Memorial Day through the end of the year.”

“Not for one minute” does Buck regret leaving advertising. With a position on the strategic side of things, she felt artistically stifled. Now she utilizes creativity in not just chocolate and flavor development, but other areas of the business such as design.

“Not to mention, in advertising I didn’t get unsolicited emails, phone calls and letters thanking me for what I did,” Buck says. “At The Chocolate Garden, it’s pretty much a daily occurrence, and that never gets old.”

The Chocolate Garden has grown up, out and every way in between. Buck’s kitchen has expanded, and the store itself has increased from its original 300 square feet to 1,000 square feet. The number of truffle flavors offered by the company has ballooned from six to 26, and the number of employees has increased from one (Buck herself) to as many as 16, although it varies during the seasons. 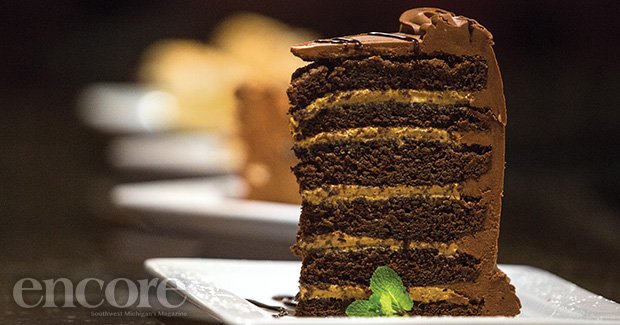 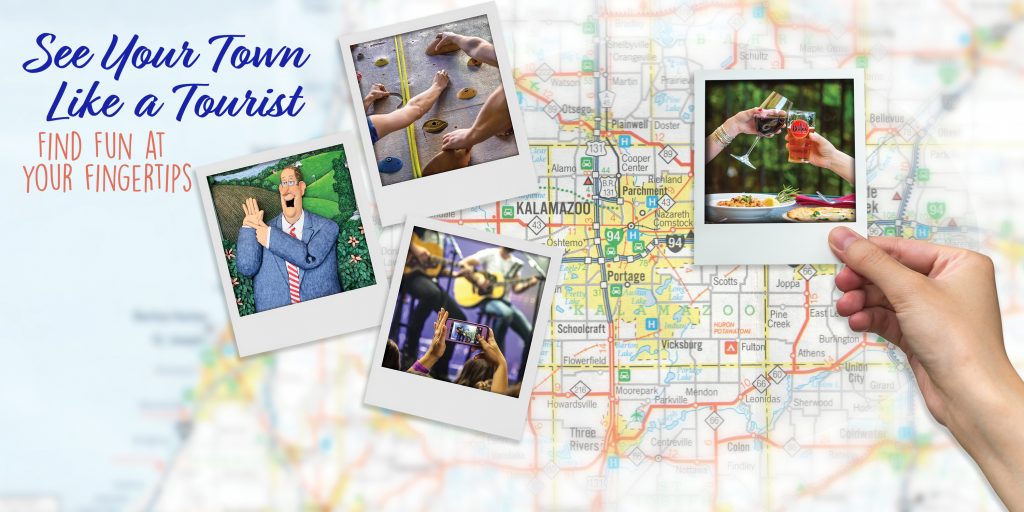 Find fun at your fingertips