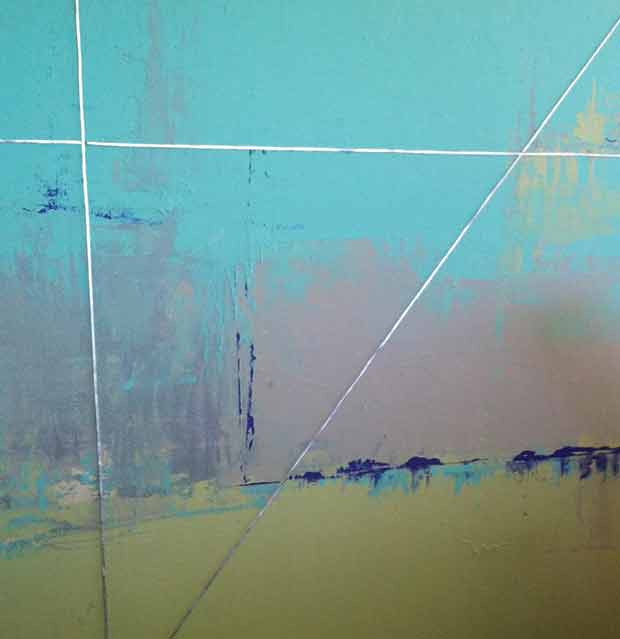 Which one is your favorite?” artist Alixandria Sharpe asks a viewer at her November Art Hop display at the Epic Center.

Pointing to a light aquamarine and cream abstract painting, the person responds, “This one.”

“Did you paint it?” he asks. Pointing to a series of black paintings with rainbow curves and geometric lines on it, he then asks, “Who painted those over there?”

It’s a question the 32-year-old artist gets a lot.

“People come into my solo shows and ask who the other artists, plural, are,” Sharpe says. “It’s just me.”

The series the viewer is pointing to is meant to illustrate the movement of an orchestra conductor’s hand, the synthesis, says Sharpe. The series looks completely different from the large-scale abstract paintings and the mixed-media painting of a pier hanging on the opposite wall. It’s easy to see why someone might think the works are by more than one artist.

After telling the man all the paintings are hers, Sharpe redirects him back to the abstract painting and asks him the question she’s asked of others since she began making art.

“What do you see in that painting?”

“I guess I see a sunny day in the city, or maybe a street with buildings,” he answers. “It’s really beautiful.”

Sharpe explains that she sees California, although she can’t quite pinpoint why, and soon she’s engaged in conversation with a group of people, discussing what they see in each of her paintings.

Sharpe, a Kalamazoo native who now lives in Lansing and who refers to herself and her work as a whole as “The Art of Alixandria,” comes from an artistic family – her mother was an interior designer – and Sharpe has been developing her craft since she was a child. She taught art as a part of the Upward Bound and Gear Up College summer programs and earned a B.A. from Western Michigan University, where she was given an academic achievement award and was a part of a student group that designed a temporary mural of Maya Angelou at the Brown Hall construction site.

“I’d like to do something on a larger scale next,” she says. “Like for the Radisson or the library — something maybe Plexiglas and colorful.”

To do that, Sharpe will need an engineer, a lawyer and more time than she has while working on commissioned pieces and being a mother of two. She’s also focused on the progression of her craft. Her aesthetic has been a work in progress since she was a teenager, and her portfolio shows the evolution — figures become more realistic and three-dimensional as her career progresses, and her experimentations with abstraction and expressionism become more precise and complex.

“I remember this moment when I plucked a piece of grass out of the ground to examine it,” she says. “It was the first time I noticed the center vein and all of the veins coming off of it, studying it and realizing how beautifully decorated it is. How God made everything so beautiful on every level, and most of us will never notice.”

Sharpe says the beauty in nature has given her an appreciation for the inner workings of the human body too, and she began to study anatomy so she could perfect her images of the human form, another focal point of her work.

She began with absolutes and the pursuit of reality – monochromatic portraits, realism and natural settings. After a while, though, she began mixing abstraction with realism, sometimes diving completely into abstraction, as in a number of her large-scale works in her show at the Epic Center.

Sharpe says she’s careful about what she names her paintings — if she names them at all — as well as what she says about them, since she wants people to see what they want to see.

Sharpe has had debates about the definition of realism with people who appreciate more realistic art. She points out that when a child draws a horse, the child draws two eyes of the same size even though perspective might dictate the eyes look different sizes. In this instance, there are two realities.

With abstract art, there are infinite realities, says Sharpe. Where one person sees a streetscape in one of her paintings, she sees California. Where she sees cherry blossoms, her sons see fighting. The realization that abstraction represents multiple realities has pointed Sharpe back to her original calling: to create experiences of beauty, perception and emotion for her audience.

“Art is an amazing arena where anyone willing to be involved can be,” she says. “Every experience and every perception is going to be different and unique.”

“Art is an amazing arena where anyone willing to be involved can be. Every experience and every perception is going to be different and unique.”
–Alixandria Sharpe 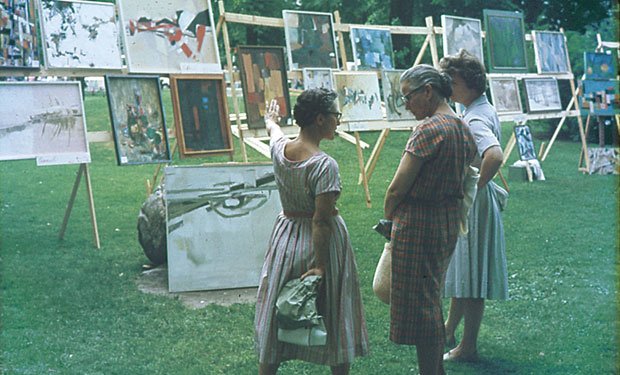 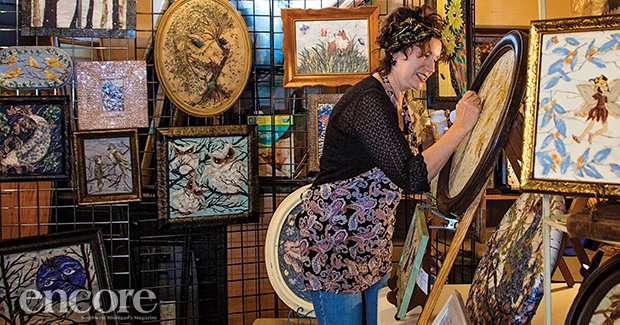 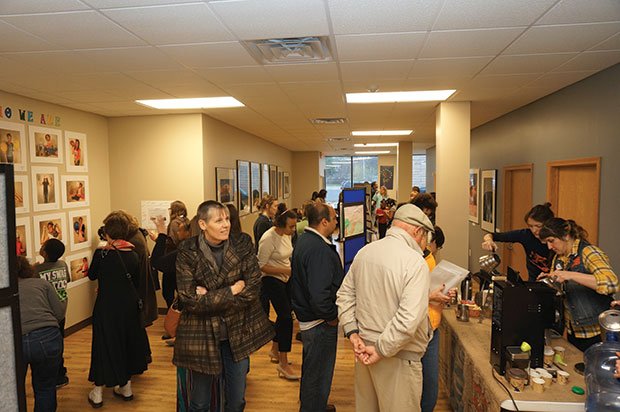