The Heart of Art 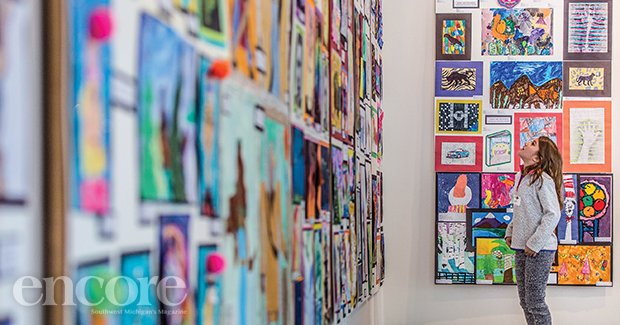 Melody Allen, head art teacher for the Kalamazoo Institute of Arts’ ArtLab, never tires of one thing: watching children’s eyes light up when they do something they didn’t think they could do — create art.

“They’re so proud of it,” says Allen, who has taught ArtLab since 1997. “I really get a kick out of that. That never gets old.”

ArtLab participants, who often arrive at the KIA gazing upward, wide-eyed, at Dale Chihuly’s glass chandelier in the institute’s front entrance, engage in a one-hour tour of the museum led by trained volunteer docents and in a one-hour workshop to create art, guided by professional artist-educators.

For Kalamazoo County third- through fifth-graders, the program is free, thanks to sponsorships from area businesses. For others in grades K-12 from any county, the docent-led tour is free and the workshop costs a minimal fee.

ArtLab, which is celebrating its 40th anniversary this year, has groups ranging from 10 to 60 students. With the larger numbers, children are split into four groups. Two groups participate in the tour while the other two groups spend time in the classroom, and then the groups switch.

“We want groups to be small so they can have a more individual experience and be more engaged with the teachers and the docents who are doing the tours,” says Michelle Stempien, curator of education at the KIA.

Stempien says she is not sure why the program — originally named the ARTist Program — was started, but she has some ideas.

“I think the organizers felt that the KIA was uniquely positioned to offer a program that incorporated looking at art and making art, since we have such a great art school and galleries,” she says. “This program brought both of those elements together.”

The program’s organizers also likely recognized where art education in schools was headed, she adds.

“School art programs were already starting to get cut back or eliminated completely due to tight budgets, and they saw a need to supplement art experiences for children,” Stempien says. “For some of the students who come here, this might be the only art experience they have during their school year if there is no art program at their school.”

“Something that’s engaging enough for those that are somewhat artistic, but not so challenging that those who are not or who have very little background (in art) won’t get frustrated,” Allen explains.

The teacher first introduces the project, Allen says, and then demonstrates what the students are going to create. Some kids dive right in to creating, while others hesitate a bit. But a burning question percolates up from most of the young minds: Can we take the artwork home?

“The kids sometimes ask if their work will be hung in the museum,” Allen says, grinning.

During the hour-long tour, docents show students a variety of objects. They receive nine months of training to meet the learners where they are, she says, learning to ask open-ended questions such as “What colors do you notice in this?” or “What do you think is going on here?”

“(It is) to get the kids to start thinking about it critically and that communication aspect so they’re starting to talk about it,” Stempien explains. “And then it’s like scaffolding. You kind of build.”

Allen, Stempien and Cassie Tighe-Hansen, assistant curator of youth and family programs at the KIA, believe in and emphasize the importance of teaching kids about art. For one, it fosters creativity and imagination, Stempien says, but looking and talking about art also encourages critical thinking about the world around them.

“They can take this beyond the museum and into their everyday lives,” Stempien says. “To me that’s why something like this is so incredibly important.”

Another important factor: demonstrating to the children that creating art can be an occupation.

“They meet artists when they’re here doing the program, and they’re seeing things that are made by people who have chosen to do this for their life’s work,” Stempien says. “Today I think there’s that disconnect.”

Prior to working at the KIA, Tighe-Hansen was an art teacher for 20 years, primarily for high schools in the Chicago suburbs. Now she helps schools and families coordinate their ArtLab visits. To Tighe-Hansen, ArtLab is a different kind of classroom. Projecting an image on the wall in art class, she says, doesn’t have the same impact as standing directly in front of a painting in a museum.

“You see the strokes and the colors and the dimensions and how things shift,” she says. “You see the amount of time somebody spent to work on something (and that) it was thought out and time and talent was spent on it.”

A teacher wanting to schedule ArtLab works directly with Tighe-Hansen, who assists the teacher with asking the principal, provides an educator pack, and even tries to help find funding for busing. And it doesn’t have to be a school’s art teacher who schedules a visit, says Stempien. “It can be a classroom teacher looking to add an experience for their students for the year.”

Involved with ArtLab for 19 years now, Stempien says she never tires of watching as docents break down a painting into themes and ideas that can be understood by a young audience, and then seeing the “aha” expressions appear on youngsters’ faces.

“You see a kid kind of light up because they’ve made a connection or they feel gratified because a comment they made was heard and thought to be interesting,” Stempien says. “That they made an interesting observation about a work of art — that’s gold right there to me.”

“They can take this beyond the museum and into their everyday lives. To me that’s why something like this is so incredibly important.” 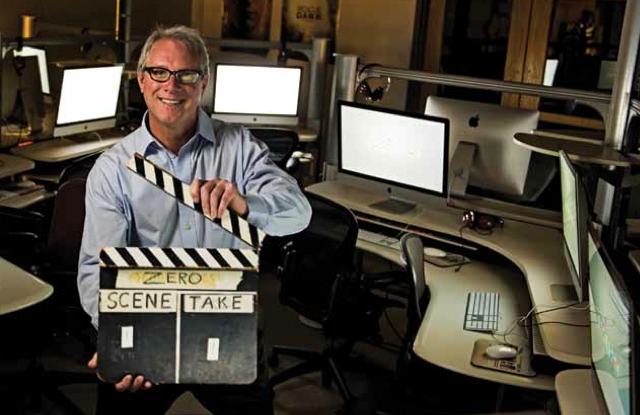 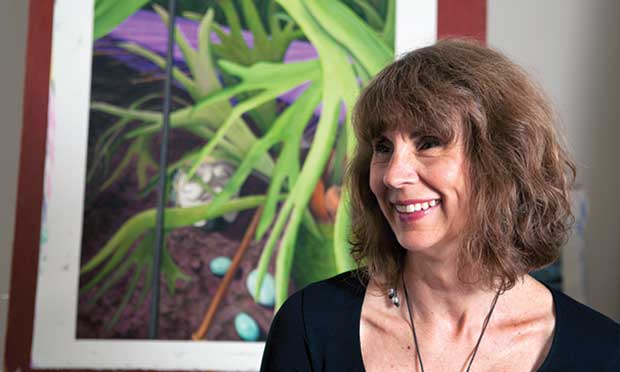 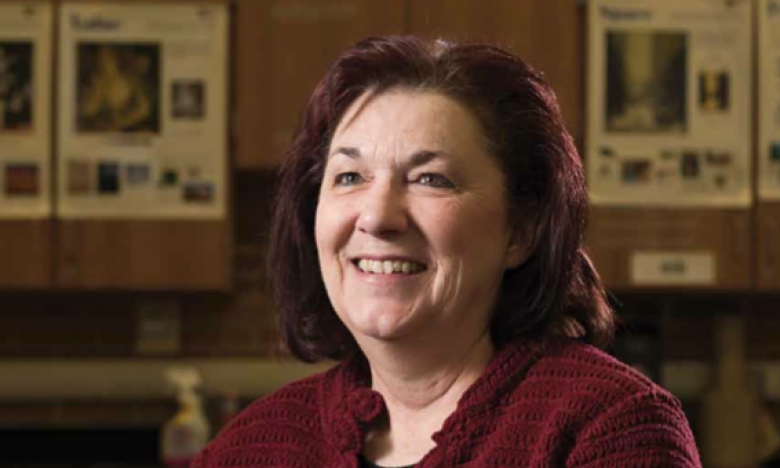