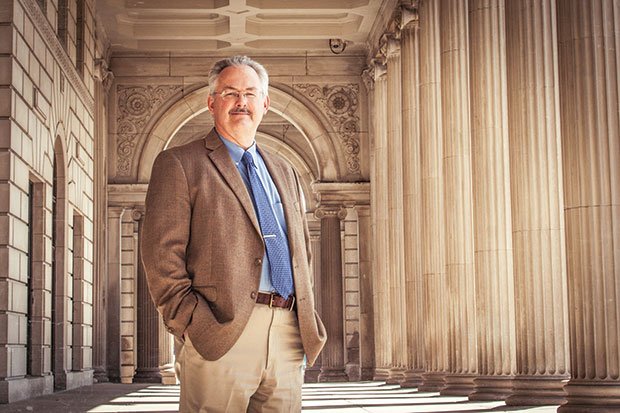 Having been born in California, Brian C. Wilson knew only two things about Michigan: “Cars come from Detroit, and cereal comes from Battle Creek.”

But soon after accepting a teaching position at Western Michigan University in 1996, the professor of comparative religion found a trove of intriguing information about his new home. Not only is Battle Creek home to the Kellogg Co., the ready-to-eat foods manufacturer founded by Will Keith Kellogg in 1906, but “in the 1840s and 1850s Battle Creek was a magnet for non-mainstream religions,” Wilson says.

In fact, Michigan was a hotbed for alternative religions in the 19th-century: the Strangite Mormons on Beaver Island; the Nation of Islam in Detroit; the Israelite House of David in Benton Harbor; Spiritualists in Frazier’s Grove near Vicksburg; and Hicksite Quakers, Swedenborgians and Seventh-day Adventists in Battle Creek.

So it wasn’t a surprise that Wilson, who specializes in American religious history, wanted to learn more about the Kellogg family, whose Seventh-day Adventist beliefs inspired the accidental invention of the corn flake by W.K. and his brother Dr. John Harvey Kellogg. But Wilson was less drawn to W.K. than to the “other” Kellogg. That attraction resulted in Wilson’s book Dr. John Harvey Kellogg and the Religion of Biologic Living, which was released in September.

W.K., born in 1860, and John Harvey, born in 1852, were two of 16 siblings and step-siblings. During his research, Wilson learned about the “connections between flaked cereal and religious approaches to diet.” He also began to see John Harvey as a “compelling figure” and the most widely known Adventist of his era.

“John Harvey was raised as a dyed-in-the-wool Seventh-day Adventist,” but, as a physician, he was troubled by the “growing conflict of religion and science,” Wilson says.

Wilson writes in his book, “Once exposed to the erosive logic of the natural sciences during his medical training, Kellogg’s restless mind would not allow him simply to accept the dogmas of Seventh-day Adventism without synthesizing them with his new scientific and medical knowledge.”

Wilson found Kellogg had produced an extensive volume of theological writings that reside at the Archives of Michigan, the University of Michigan, Michigan State University and Andrews University. “Some people say he never had an unpublished thought,” Wilson says.

Kellogg’s “central conflict” with the church, says Wilson, was his belief that “physical purity is as important as spiritual purity.” This idea contradicted Adventists’ belief that having a healthy body, while necessary to carry out the work of God, was secondary to that obligation. In 1903, Kellogg, a strict vegetarian, published The Living Temple, which included his religious views and his physiological practices of diet and exercise. The church hierarchy banned it among Adventist congregations.

In 1907, fearing that Kellogg would “change fundamentally the character of the Seventh-day Adventist denomination,” the church disfellowshipped him. Kellogg continued to express his viewpoints, however, and his book Biologic Living, published in 1920, further espoused his belief — known as “the Battle Creek idea” — that “it is not possible to have a pure spirit in an impure body.”

“John Harvey Kellogg was a brilliant man,” says Wilson. “He had a good mind and tremendous confidence, but he always had to push himself forward. Because of his physical shortcomings — rickets and nutritional problems as a child and being short of stature with a squeaky voice as an adult — he learned early how to project his will.”

Today, a massive downtown structure in Battle Creek still attests to John Harvey’s industriousness. In 1866, the Adventists established the Western Health Reform Institute, which operated in a farmhouse on what was then the city’s western edge. Kellogg became superintendent of the institute 10 years later. The farmhouse was replaced with a larger building in 1878, and the operation expanded it extensively in the late 1800s. Renamed the Battle Creek Sanitarium, it gained acclaim as one of the premier wellness destinations in the United States, with clientele that included foreign notables as well as U.S. presidents, wealthy industrialists and movie stars.

That building was destroyed by fire in 1902, and John Harvey had it rebuilt only one year later. Six stories high and elegantly crafted in the style of the Italian Renaissance, the new sanitarium was outfitted with state-of-the-art holistic health equipment and services. But the entity went bankrupt during the Depression, and in 1942 the building was sold to the U.S. government as an Army hospital. It is now the Hart-Dole-Inouye Federal Center. “The skyline is still dominated by the San’s twin towers, added in the late 1920s,” Wilson says.

Wilson also notes that the Seventh-day Adventist Church has a historically significant presence in Battle Creek after having moved its headquarters from there in the early 1900s, in part to distance itself from Kellogg’s influential “amateur theologizing.” The church, which claims 17 million members worldwide, owns three blocks of downtown homes on West Van Buren Street that once belonged to its charismatic founders.

This Historic Adventist Village includes the John Harvey Kellogg Discovery Center, a museum that contains Kellogg’s medical and exercise equipment that was rescued from the sanitarium before it was turned over to the government.

Wilson hopes his biography of Dr. Kellogg will enlighten as well as inform.

Dr. John Harvey Kellogg and the Religion of Biologic Living is available at Kazoo Books, Barnes & Noble, Amazon.com and Kindle. 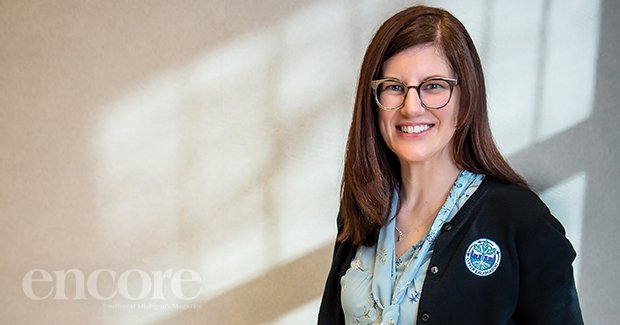 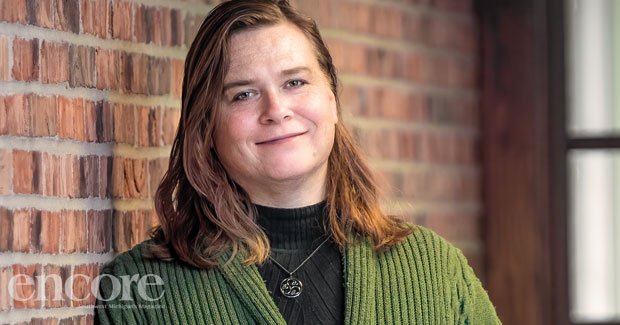