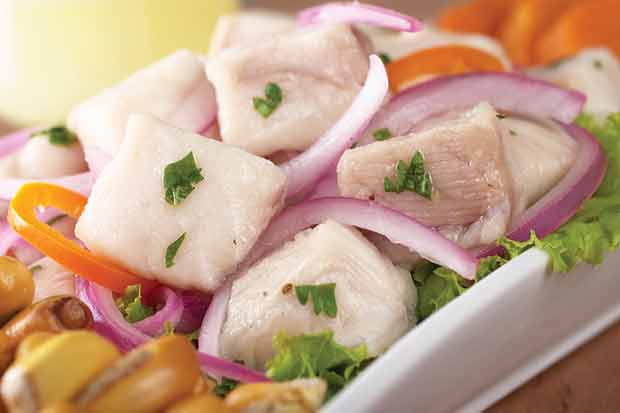 Silvia Kane and her family wanted authentic Peruvian food. The problem: They live in Kalamazoo.

“We used to have to drive three hours to eat Peruvian food, ” Kane says. So she and her husband, Erin, opened El Inka, an authentic Peruvian restaurant at 563 N. Drake Road, and now people drive long distances to eat at El Inka, Kane says.

The Kanes are hardly alone in their desire for authentic ethnic cuisine. It’s loved by foodies across the country. Every major food publication and network, from Bon Appétit to the Food Network, compiles “best” lists of authentic ethnic restaurants for cities from San Francisco to Brooklyn.

“Authentic,” “traditional” and “ethnic” are all terms used to refer to foods prepared in the style or tradition of a specific culture or country. There’s a lot of debate about what authenticity or ethnicity means, but, for the most part, authentic food is usually un-Americanized food cooked by someone who has intimate knowledge of the region from which the dishes originate.

While a restaurant may say it’s authentic, most restaurants aren’t fully devoted to the taste of one country — they often combine tastes and ingredients from different countries or regions.

Finding that truly authentic ethnic restaurant can be a bit tricky because many, like El Inka or El Gallo Blanco, at 2838 Portage St., tend not to be as visible or well promoted as their national chain counterparts.

“I don’t know if people know we’re here or other restaurants like Rasa Ria and Thai Cuisine,” Kane says. “We’re not as busy as the chain restaurant across the street at dinnertime, and our food is really unique and delicious. It’s frustrating to see.”

There are many authentic ethnic food options in the greater Kalamazoo area (see sidebar). We’ve asked a few of these eateries to suggest one of their most authentic dishes.

Many countries and cultures claim ceviche, a fresh seafood dish made with citrus and chili, but the Peruvians not only claim they originated it 2,000 years ago, but have a national holiday devoted to it. Not every ceviche is like another, and Kane says a Peruvian ceviche is especially distinct.

“Whereas in other countries, a ceviche might marinate for as long as five days, our ceviche only marinates for five minutes,” she explains. “The lime, cilantro, raw onions and sweet potatoes give it a bold flavor.”

Beef Rendang (sometimes called Rendang Daging) is an aromatic and complex entrée of Indonesian origin. The beef stew contains cinnamon, cloves, anise and cardamom, and not only is it one of the most popular beef dishes in Malaysia, it was rated the most delicious food in the world by a CNN poll in 2011.

This September the Thai government-financed Thai Delicious Committee (we are not making this up — Google it) unveiled a robot that can scientifically evaluate Thai cuisine, weeding out imposter Thai food. Authenticity takes on new levels in Thailand, it would seem.

Bangkok Flavor offers a full menu of delicious, authentic Thai food options (be forewarned, “spicy” in Thailand is really spicy), and the folks at Bangkok Flavor recommend Larb as an authentic dish to try.

“It’s a cold dish, and you can either choose chicken or beef,” explains Sara Malasy, who works at the restaurant. “We make our own roasted rice powder and our larb sauce, which is a type of fish sauce, so it’s a really fresh dish with a lot of flavor.”

Here is a sampling of local restaurants serving food that truly represents the place from where it originates: