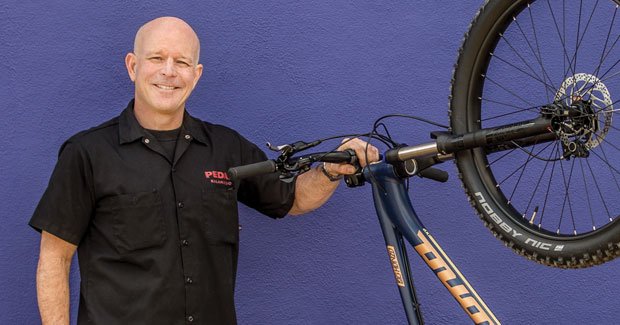 When the Great Recession hit in 2008, Tim Krone was a computer programmer working in the banking and automotive finance industries. A year later he was working in a bike shop.

Now, a decade later at age 52, he’s the owner of his own bike shop, Pedal Bicycle, with two locations: the downtown store, at 611 W. Michigan Ave., which he opened in 2011, and the second location, at 185 Romence Road, in Portage, which opened two years ago after Krone bought Breakaway Bicycles. In May, Pedal was named the best bike shop in Michigan by bestthingsmi.com.

But, for Krone, bicycling is more than just selling bikes. He’s an advocate for biking experiences, safety and making others love bicycling as much as he does.

So how did you become so enamored with biking?

It started with not wanting to turn 40. I was 39 years old and I’ve got a 6-year-old kid and I’m a little flabbier than I’d like to be. But I managed to beat Phil Carter, who was at the YMCA, in a racquetball tournament, and he could just not believe it. So he took me to a spinning class and just killed me. I could barely walk out of there, but I thought, “I like this.” When spring rolled around, I thought it would be more fun to be outside on my bike, and, because I have a masochistic gene, I got into triathlons and bought a road bike. I was riding all the time.

I like to measure stuff with spreadsheets, and I have all sorts of productivity numbers for our shops because that’s easy to measure. What’s hard to measure is happiness. So if we make people happy, we are OK. All these things I measure will take care of themselves because people will want to do business with us because it’s a trust thing. If I sell you a bike, you’ll know it’s a very good bike and I am going to make sure you have great time on it.

Did you ride a bike as a kid?

Oh, yeah, I even remember when I got my cycling merit badge (as a Boy Scout).

My mom was a big bike rider — she was very into fitness. She was this little bitty 5-foot woman on a road bike in rural Arkansas — talk about swimming upstream. I also remember the first time I got somewhere faster on my bike than my mom, and that was pretty great.

I grew up in this little town, Harrison, Arkansas, that had about 10,000 people.

How’d you get to Kalamazoo?

I met Amy (then Amy Hayes) in Pittsburgh when we both worked for a company that did data processing for banks. Amy and I went on one date and moved in together. I love that story, although I don’t advocate that for my teenage daughter.

Anyway, Amy’s family has a business here (the Orrin B. Hayes car dealership), and we were having a great, young, double-income, no-kid life in Pittsburgh, but I remember saying to Amy, “You know, not everybody has a family business, so if you want to do that, we should do it.” Next thing I know it’s Jan. 1, 1994, and we are driving a U-Haul up here in a raging snowstorm and I’m thinking, “What the hell?”

As someone who has ridden a long time and on many kinds of roads, what are your thoughts about biking safety?

We came up with these “everyone knows a cyclist” videos where I talk with different cyclists on the couch in my shop about these issues and put them on YouTube. I just finished the 10th one.

When I posted the first one on our Facebook page, the first comment we got said, “This is terrible for bicycling advocacy.” There’s a small cadre of people who want change and dedicated bike lanes, and while I love that, it’s not going to happen tomorrow. If you can change your black biking jersey to a neon green one that drivers can see easily, then that’s a change you can make today.

I advocate for getting along with motorists. I spend 90 percent of my time on country roads and often ride with people who may not think about the impact that a bunch of old men riding together on bikes can have on cars on those roads. We have to be considerate of each other. It’s not just “Car, give me some room,” but “Car, let me make it easier for you to give me some room.”

I love riding my bike in Kalamazoo, even though I wish we had more infrastructure for being able to bike from one side of town to the other. Part of being here is part of being in the community, and I do feel like we are in this together. 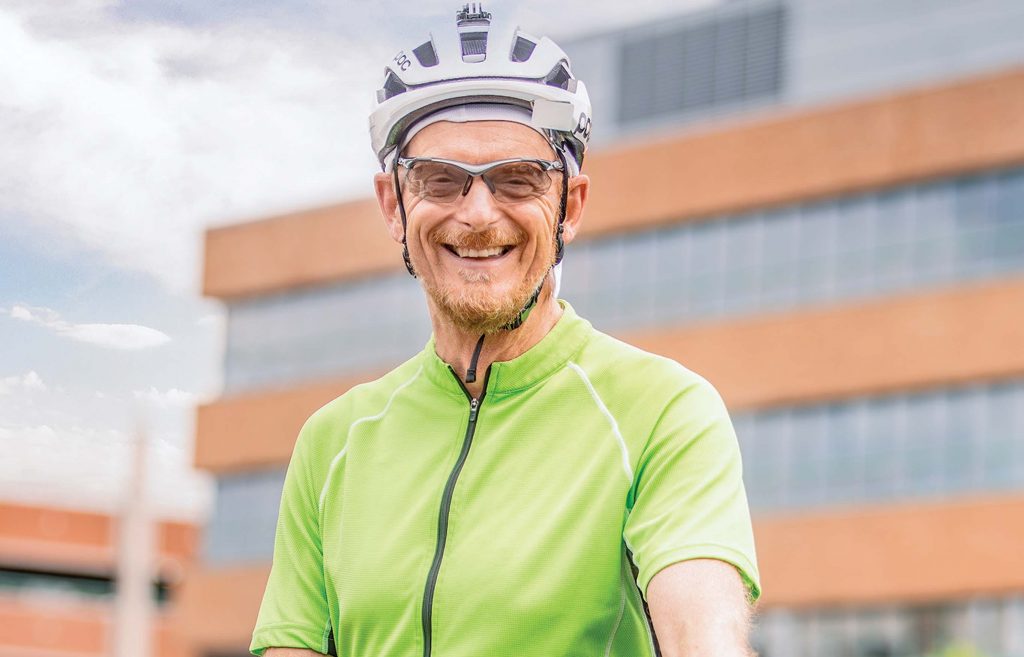 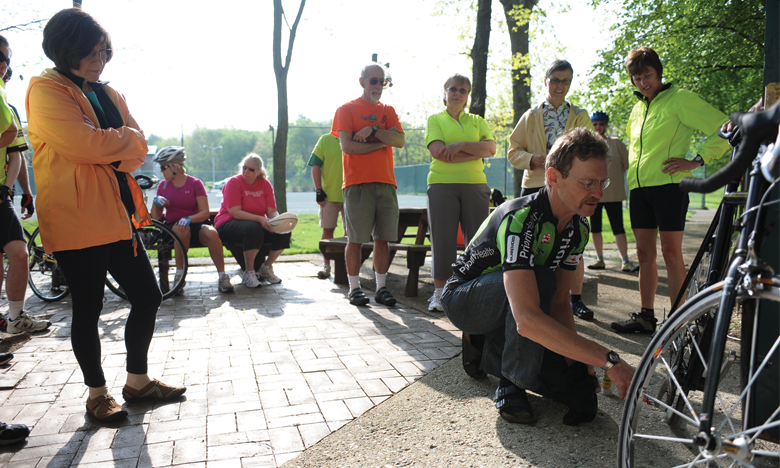