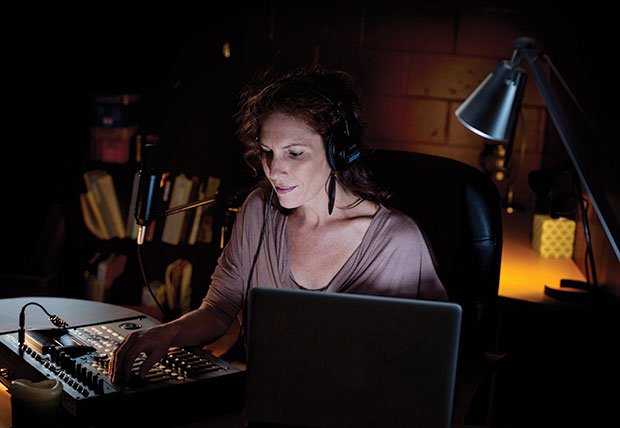 Downey does a lot of recording of her music and stories in her home studio in Portage, where she has a number of guitars.
Singer-songwriter and storyteller Allison Downey is gaining acclaim

Allison Downey knows that when you tell a good story, what you leave out can be as important as what you include.

Downey, who is just coming off an October performance at the National Storytelling Festival in Jonesboro, Tenn., hosts and co-produces The Living Room, a storytelling and music show on the NPR station Michigan Radio (104.1 FM). In the show’s one-hour pilot on the theme of migration, she told a humorous story about a variety of odd jobs she held just before moving to Michigan from Texas to become a theater professor at Western Michigan University.

She told of her job in collections at a cell phone company, where she improved the system so well she worked herself out of a job. She told of scanning documents for an office in a trailer where she contracted scabies. And, finally, she told of becoming an administrative assistant at a record label — a dream job, except for the creepy boss who expected her to be his date.

“I was trying to bring the listener in to get to know me a little bit through a funny story. And it’s true, but there’s a lot of other true things,” Downey says.

Left out of the story were such details as how the Washington, D.C., native became a faculty member at WMU, has taught and worked in theater for years, has earned a Master of Fine Arts degree and has founded a theater company. “But all that stuff doesn’t fit in the story,” she explains.

Knowing about all of Downey’s talents — she’s an educator, storyteller, singer-songwriter and theater artist — and faced with a limited amount of space on the page, a writer can find it equally difficult to know what to leave in or leave out when telling her story.

Downey has been musically inclined since her childhood, writing songs since the age of 7. She attended Oberlin College, in Ohio, where she majored in history. “I was interested in the human story, always,” she says. She got her first taste of teaching during college, when she worked with children to create and perform educational theater pieces.

About a year after graduating, she landed a job at the Albuquerque Academy, in New Mexico, where, as a middle school history teacher, she started using music, theater and storytelling in the classroom. “We would write songs to the tune of Jeremiah was a Bullfrog about Hammurabi’s Code,” she says. When Downey became the drama teacher for the school’s new interdisciplinary program, she “was really immersed in looking at all the connections between disciplines.”

Outside of work, she began studying creative drama, which, she explains, is “the use of theater tools in an educational setting.” “And I loved it,” she says, “and thought that really what I wanted to pursue was that sort of intersection of theater and education.”

This desire led her to an MFA program in theater at the University of Texas at Austin.“I was studying the use of theater in educational settings, social settings (and) communities,” she says, “and I was able to bring my music in.”

During her first year in Austin, Downey worked for a theater company developing original musical storytelling programs that she presented in schools. The following year she and some friends founded a theater-in-education company called the Theatre Action Project. “We were creating programs using professional actor-teachers based on interviews with kids in the juvenile justice system. We had a piece that then toured to the juvenile jail and all the alternative learning centers.” The Theatre Action Project is now in its 16th year.

After seven years in Texas, Downey moved to Kalamazoo to join the faculty at WMU. She started in the theater department and then moved to the College of Education, where for the past 10 years she has taught future teachers how to integrate art, music, dance and theater into other subjects.

She was intrigued by the new format of the story slam — telling a personal narrative in a competitive environment — and wanted to compare it to traditional theatrical storytelling. In 2010, Downey took a sabbatical and went to the source of the story slam, The Moth, a New York City-based organization dedicated to the art and craft of storytelling. With her husband, John Austin, and her then-2-year-old son, Michael, in tow, she moved to New York for the better part of a year and dove into the storytelling scene.

Shortly after she arrived, she saw a notice for a Moth story slam on Labor Day weekend. She arrived 30 minutes before the show and was surprised to find more than 300 people in line ahead of her. She was one of the last audience members to get in, with about 200 people in line behind her.

“I watched my first Moth show sitting in a puddle of beer on the floor under the overhang of the bar, (looking) through some guy’s legs up to the stage, ” she recalls. “I said to myself, ‘There is something going on here. Something’s happening. Nobody’s in town on Labor Day, and it’s packed.’”

While in New York, Downey went to three or four storytelling events a week, observing and interviewing more than 75 people. She eventually started putting her name in the hat to participate in the competitive slams and taught a 10-week program for The Moth in a ninth-grade English class in the Bronx.

She also performed at storytelling venues such as The Liar Show and the People’s Improv Theatre. Just as her stay in New York was ending, she was invited to perform at a Moth Mainstage event at the Power Center in Ann Arbor.

Performing to a sold-out audience in her adopted home state brought Downey a lot of attention, and she made connections that led to new teaching opportunities and other ventures.

“That night I met the director of broadcasting for Michigan Radio, Steve Schram,” she says. Schram asked if she’d be interested in doing a storytelling show for the station. The result was The Living Room, a collaboration between Downey and radio producer Zak Rosen. “The idea was a one-hour show that was storytelling and music that celebrates the cultural fabric of Michigan,” a sort of “cross between Prairie Home Companion, This American Life and The Moth Radio Hour.”

The pilot was well received, even winning a 2012 Michigan Association of Broadcasters award for cultural programming. This year The Living Room has been airing as a monthly 10-minute segment on the Michigan Radio program Stateside. The producers are looking for funding to make it a weekly show.

Meanwhile, Downey is returning to the project she started on her sabbatical: writing a book that synthesizes the information from her interviews and draws on her personal experience to define storytelling.

Downey also is applying what she’s learned about storytelling in new ways. Several people who saw her perform at the Moth Mainstage contacted her about doing storytelling workshops and coaching. Since then, she has been leading retreats and workshops and offering individual coaching sessions. Her clients include businesses and entrepreneurs. “How do you tell the story of what you do and why you do it?” she asks them.

Recently Downey helped create a storytelling event for the 35th anniversary celebrations of Journeys International, an eco- and adventure-travel company based in Ann Arbor. She has traveled throughout her life, living for extended periods in Spain, France and Brazil, so this event was right up her alley. “I feel like travel can be a transformational experience and (so can) storytelling — sharing those transformational experiences.”

Until the birth of her son five years ago, Downey and her husband toured regularly as a musical act. Even with all the time she has devoted to storytelling and radio for the past few years, she has continued to perform, write and record music, but “just not at the same pace I was doing before.” Before, she released two CDs, Wind at Your Back (2002) and Across the Sea (2008). Her songwriting also has earned a number of accolades, including a 2007 People’s Choice Award at the Wildflower! Arts & Music Festival in Richardson, Texas.

Downey’s latest project is to “fuse and blend” personal stories with original songs. “I am working to create a format that is equally storytelling and music.”

Bringing these two forms together is natural, Downey says, because they produce the same result — the creation of connections between people. “They’re … getting at the core of exploring your own creative potential and your own stories, and in the process of sharing those you build community and break down barriers.”

To hear selections from Downey’s Across the Sea CD, go to https://soundcloud.com/allison-downey. 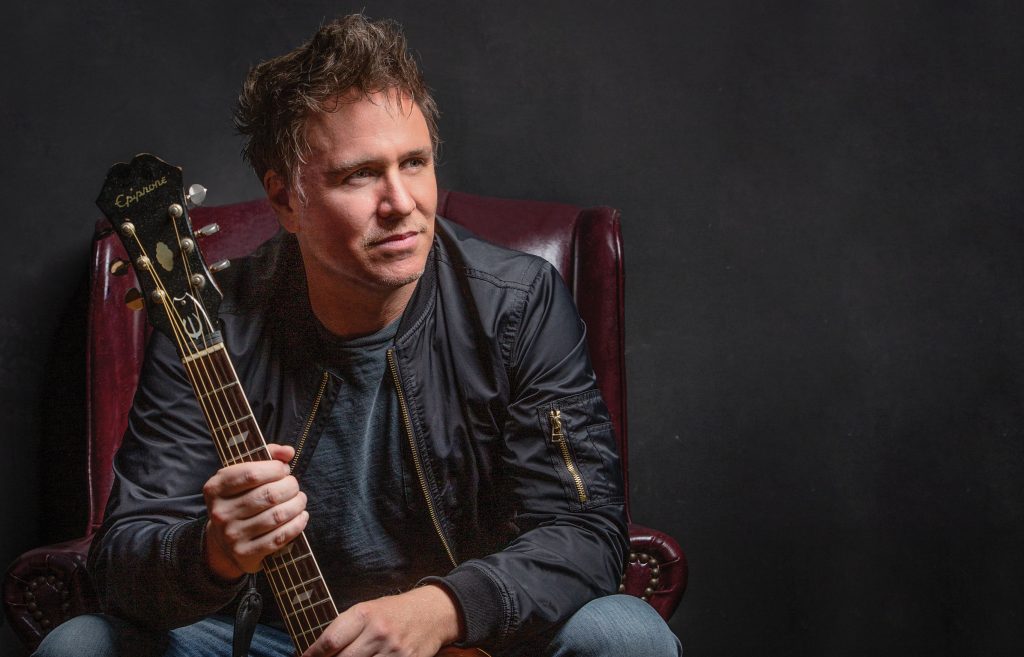 Stephen Lynch is touring again and thinking about his legacy 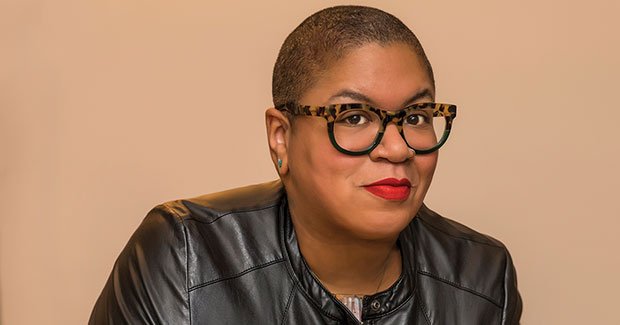 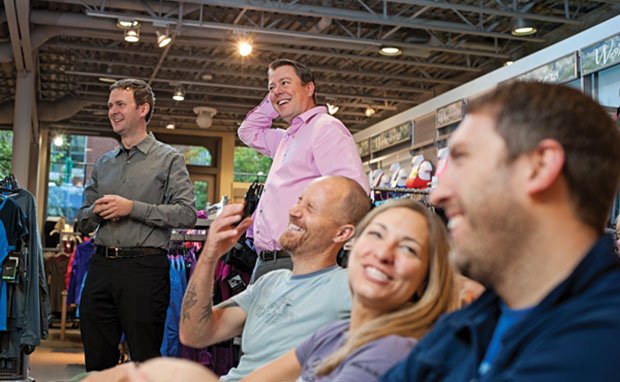