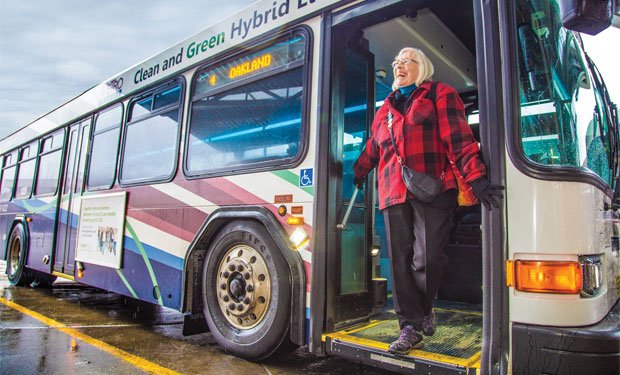 Encore-Magazine-Kay-Chase-Carless-Life-April-2016
Kay Chase can get there by rail, bus and foot

Four years ago when her car broke down, Kay Chase asked herself whether she really needed to replace it. The answer turned out to be no, and she says this decision has made a remarkable difference in her life.

“I am retired. I live half a block from the bus stop. I spend most of my time at Western Michigan University, which is just two blocks from my house. Why do I need a car?” asks the 75-year-old Chase, who worked at WMU for 25 years as the circulation coordinator in the Harper C. Maybee Music and Dance Library and still uses the university’s library and computing services.

Chase gets where she needs to go by taking the bus. When she goes grocery shopping, she uses a backpack and green bags for her groceries. She puts her laundry in a suitcase for trips to the laundromat. Occasionally she rents a car to stock up on bulky or heavy items — or to go birdwatching in the woods.

One major reason Chase takes the bus, she says, is that when she rides, she sees other people.

“We’ve lost so much of our connection to community because we take our cars from our houses to the office or the store without encountering other people face-to-face,” she says. “We don’t even know our neighbors anymore.”

Chase’s commitment to public transportation also includes trains. Last summer she spent a month traveling by train from Kalamazoo to California, via Colorado, Oregon and Washington, visiting family and stopping in small towns along the way. On the way back, she stopped in Glacier National Park.

Chase buys coach seats and then spends most of her time in the train’s lounge car, which offers an open view of the countryside and outlets for her laptop.

Chase’s commitment to a carless life started about 15 years ago when she took part in Kalamazoo’s first “walkability” survey, led by Dan Burden, founder of Walkable Communities Inc., a nonprofit consulting firm that develops, promotes and evaluates alternative transportation at national, regional, state and local levels. Last summer, Burden conducted a second walkability study, sponsored by Disability Network Southwest Michigan, a group that has a huge stake in the city’s public transportation.

Burden’s first visit led Chase to become involved in a statewide coalition on transportation and land use led by the Michigan Land Use Institute (recently renamed the Groundwork Center for Resilient Communities), which seeks to raise awareness of transportation issues in the state Legislature and persuade the state to maintain funding for public transportation.

“People don’t realize there are 14 active train stations in Michigan and 17 other communities that have ‘thruway service,’ where Indian Trails bus service connects to Amtrak,” Chase says. “This means that most of Michigan’s population does have access to trains, although many remain unaware of this.”

Chase has also been involved in the Transportation for Michigan coalition, which is exploring the restoration of passenger train service between Detroit and Grand Rapids via Lansing. That service was discontinued on April 30, 1971, along with most passenger train service in America. But then Amtrak took over train service, which had been in decline under management by the freight railroads and because of the increase in driving that came with the building of the interstate highway system.

These days Chase is very optimistic about the future of trains in Michigan and the rest of the country. “Gov. Snyder has been extremely supportive of public transportation,” Chase says. “One of the first things he did was to bring together people interested in expanding passenger rail.” In addition, the American Recovery and Reinvestment Act of 2009, the stimulus package passed in the early days of the Obama administration, helped to jump-start a number of rail infrastructure projects that will improve the efficiency and reliability of the country’s train system.

“Although some in Congress still try to cut the budget, defunding Amtrak gets less and less popular every year because passenger rail continues to be seen as an important part of our overall transportation system,” Chase says.

In 2014, Amtrak reported that nearly 31 million passengers rode its trains to more than 500 destinations in 46 states. Ridership on Michigan’s three routes, with 10 trains daily, has grown more than 60 percent over the last decade.

Chase also cites projects around the country as a basis for her optimism. There are plans for 110 mph service between Chicago and St. Louis, and the Midwest states are slated to begin receiving next-generation locomotives and bi-level passenger cars over the next few years.

“I’m committed to public transportation in general and believe we need more of it,” Chase says. “I can speak from experience when I talk to decision-makers, and I can better understand what other people face who don’t have a choice in transportation like I do. As a community, we need to expand these choices for everyone.”

I’m committed to public transportation in general and believe we need more of it. I can speak from experience when I talk to decision-makers, and I can better understand what other people face who don’t have a choice in transportation like I do. As a community, we need to expand these choices for everyone. 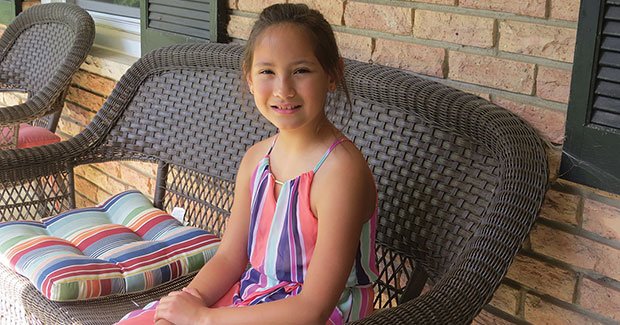 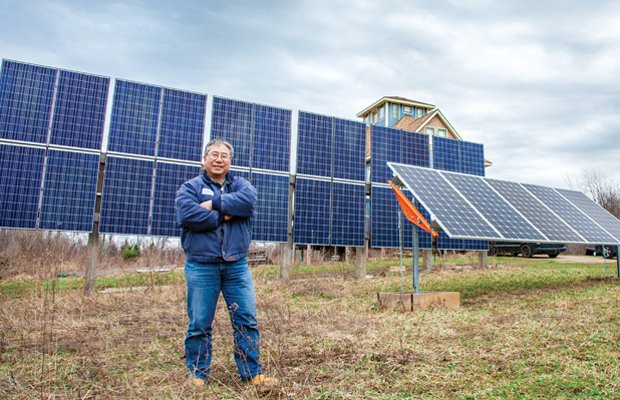 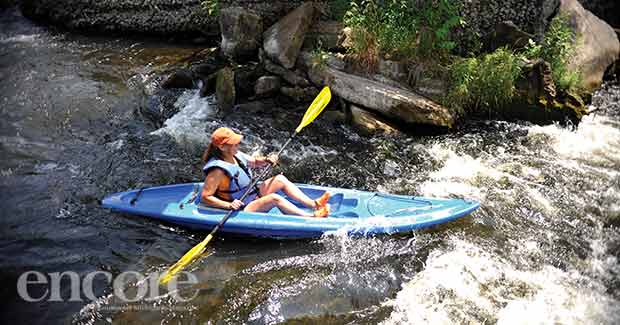