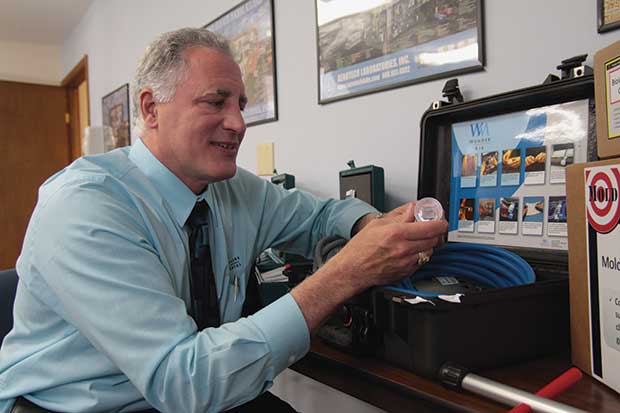 Firm develops tools and methods to clean up contaminants

Asbestos, a mix of six naturally occurring fibers combined with building materials like cement and fiber for use as a fire and heat retardant, was used for the better part of the 20th century in electrical and building insulation.

That was until the Environmental Protection Agency and other government agencies started taking the damaging health effects of asbestos seriously — regular exposure to asbestos causes the insidious lung disease mesothelioma. Asbestos’ use was limited in schools and home environments, and the EPA launched inspections to monitor levels of asbestos and instigate removal if necessary.

Michael Pinto, who owns Wonder Makers with his wife, Susan, worked with the Michigan Occupational Safety and Health Administration at that time and was one of the first EPA-approved asbestos testing instructors in the Midwest. Pinto was training inspectors how to test for asbestos levels in buildings and began to question the sample extraction method used at the time, which was to cut a small triangle-shaped piece out of insulation and scrape the piece into a film canister. It seemed wrong, Pinto says, because the asbestos would be going right into the face of the inspector as he or she scraped off the insulation.

The EPA soon thought so too and required samples to be taken at the end of an inspection, after the inspector had changed into a hazardous-materials suit. The solution worked for the EPA, but it didn’t satisfy Pinto.

“The EPA never seemed to think about the next step,” he says. “If the inspectors were contaminating themselves before, aren’t they leaving behind a little trail of contaminating asbestos fibers throughout the whole building now?”

Each inspection might require 70 to 100 different samples, which is a lot of loose asbestos and a lot of chances to spread the asbestos around the buildings being inspected, ultimately affecting the people who live and work there, says Pinto. He wanted to find a better way — to take a sample without the need for a respirator and suit while allowing the environment to remain as clean as possible.

He decided he needed a core borer that could core a sample, keep the sample in the borer’s tube and, after insertion of the tube into a closed sleeve, allow the removal of the sample, eliminating human contact with the sample and the potential spread of asbestos. He called a lot of manufacturing and distributing companies and described what he was looking for, but to no avail.

“If I was a real entrepreneur, then I would have stopped calling after the fourth or fifth person told me, ‘No, we don’t have anything like that, but if you find it, let us know and we’d be happy to carry it,’” says Pinto. “But, no, I think I called 25 or 30 different people before it dawned on me that it wasn’t out there and it should be.”

That’s when the Pintos started Wonder Makers. Susan, a schoolteacher, had just quit her job to take care of the couple’s newborn, a boy with Down syndrome. The Pintos also had a toddler son as well and were living on a tight budget. Yet they took the plunge.

“With all those pressures?” jokes Michael. “Perfect time to start a business.”

Turned out, it was. Michael had been writing for a trade publication and bargained for a full-page ad in return for staying on and writing six more articles. The ad hit while Susan reached out to lawyers, bankers and distributors. The phone started ringing off the hook. The Pintos began selling the core borers out of their basement and continued until they purchased a facility on Lane Boulevard to house their company 25 years ago.

“Hundreds of thousands of those core borers ship out of this facility every year,” Michael says. “It literally revolutionized the industry, and it happened right here in Kalamazoo.”

Since that time, Wonder Makers has grown into a full-service environmental company that sells and rents testing equipment, analyzes test samples, provides training for using the equipment and taking samples, does product testing and conducts fieldwork and inspections.

Wonder Makers’ products and services are used for all types of environmental contaminants, including mold, lead, bacteria, asbestos and methamphetamine. Michael has written more than 200 articles and three textbooks on the field. And every day, Wonder Makers’ 15-member staff answers phone calls from desperate people looking for answers about their illnesses and indoor environments. It’s what keeps the Pintos’ passion for their work stoked, says Susan.

“A lot of times it’s been years for the people I talk to, years of suffering and talking to doctors,” she says. “Sometimes people are very emotional because they’ve just been through so much, and a lot of them have moved from one place to the next and gotten rid of all of their belongings because they know they’re contaminated but don’t know how to clean them.”

“Sometimes I get frustrated because so much of what a person has gone through is unnecessary. They don’t always have to move or throw away everything they own,” says Susan. “We really need to get the word out, be able to market more efficiently and let people know that there are better solutions.”

An entrepreneur is born

Michael Pinto decided he needed a core borer that could core a sample, keep the sample in the borer’s tube and, after insertion of the tube into a closed sleeve, allow the removal of the sample, eliminating human contact with the sample and the potential spread of asbestos. He called a lot of manufacturing and distributing companies and described what he was looking for, but to no avail. 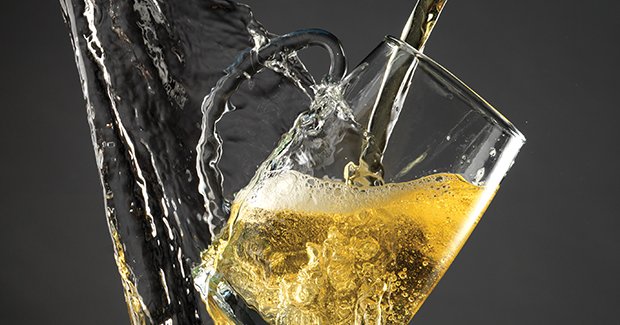 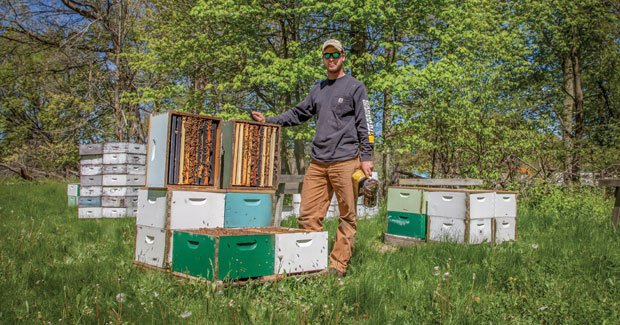